In 1946, just after the end of the war, Duncan Munro of Alness took over the remnants of his father’s sawmilling business using horse extraction and mobile steam engines operating in the woods. The produce was taken by cart to the railway station or harbour for onward shipment to the mines or railway.

In the 1950s the availability of road transport, in the form of four wheel drive ex army lorries enabled him to establish a static sawmill in Dochcarty, but frequent flooding of the Peffery led to this site being abandoned and in 1956 the mill was moved to the site of a wartime mule camp on Old Evanton Road.

In these years the mill cut mostly beech and other hardwoods for the furniture trade in Glasgow, the logs coming from local estates. This changed to softwoods cut for the mines and the railways, the staple markets of the old steam mills. As these markets declined in the eighties the emphasis turned to housebuilding timbers, and again in the nineties to treated fencing materials.

In recent years the firm has developed WoodBlocx, an innovative kit for building raised beds and planters for gardens. Sales throughout the UK have soared over the years and large-scale installations include Westfield, London, and the Olympic Park, Stratford.

The success of this invention has led to online sales and even the appointment of a distribution partner in Europe.

Another feather in the cap of the firm is the award of a scholarship from Highlands and Islands Enterprise to enable partner Henry Blake attend a 10-day course at Massachusetts Institute of Technology’s entrepreneurship development programme in January 2016.

In October 2016 the company received planning permission for a £2million upgrade.

The proposal includes replacing one of two mills on the site, to enable the firm to diversify into new fencing products. The mill in question dates back to the 1980s and the new build will include modern soundproofing measures. 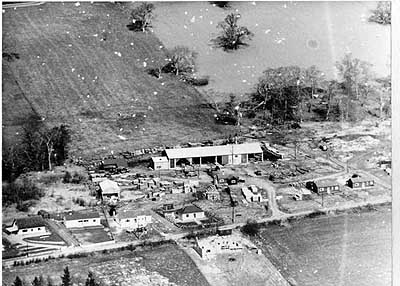 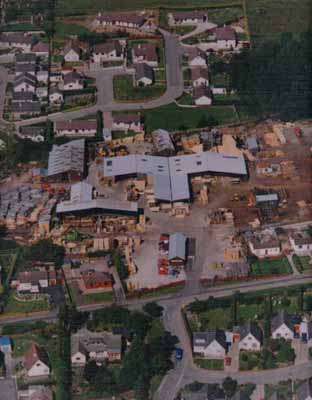 Ross and Cromarty Heritage Society is grateful to Duncan Munro’s daughter, Mrs Edith Blake, for permission to reproduce Wood in his Blood, the account of his working life in the timber trade. All photographs are the property of the Munro and Blake families.

RCHS has taken the liberty of including in the text photographs supplied by Mr and Mrs Blake which are relevant to the history, although not originally included in the book.

View a photographic history of the dingwall sawmill