Alexander (Sandy) Glass arrived in Dingwall in 1977 as the newly-appointed Rector of Dingwall Academy.

Born on 1 June 1932, his secondary education was in Dunbar Grammar School where he emerged as Dux in 1949 before entering Edinburgh University where he gained MA in German and French before proceeding to Moray House College to obtain teaching qualifications.

Prior to his professional career, national service called and he served in the Royal Army Education Corps in Germany where he met his future wife Edith. His teaching career began in 1958 and he taught in various schools until becoming rector of Milne’s High School, Fochabers, prior to gaining the same post in Dingwall Academy where he remained until retirement in 1997.

He was both local and national chairman of the Children’s Panel and it was for his contribution in this field that he was awarded the OBE in 1993.

At Buckingham Palace 1993 for award of OBE.

Amateur dramatics played a part in his life, both in school and community, and he was a member of the Scottish Community Drama Association. His association with Dingwall Players led to involvement with many of their productions.

He was an elder in the Church of Scotland for over 50 years and became session clerk of Dingwall Castle Street Church. In 1993, following a course of study, he was ordained to the post of auxiliary minister, a role which allowed him to be involved in the life of various churches throughout Ross-shire.

Not all of his years of retirement rewarded him with good health and Sandy Glass died in Dingwall on 25 December 2015. 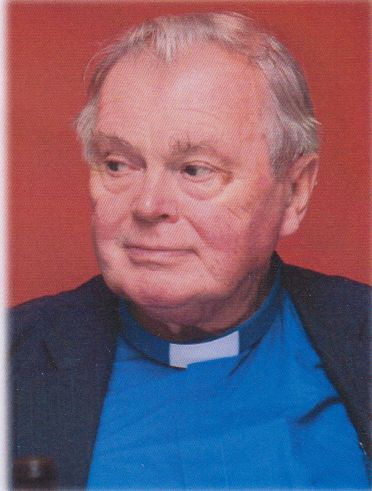