Excavations at the Cromartie Memorial car park in Dingwall uncovered evidence of a mound that archaeologists believe was established in the 11th century as a gathering spot for a Viking parliament, known as a “Thing”.

When it was constructed the “Thing” would have been on a man-made islet in the estuary of the River Pefferey, historians claimed. They believe the mound was built on the instructions of Thorfinn the Mighty, a powerful Viking earl who died in 1065.

He is thought to have laid the foundations of what would later become the royal burgh of Dingwall in Ross-shire.

It is only the second time a “Thing” site has been uncovered in the UK. Yesterday, historians said the discovery would help them learn more about the Norse Vikings, who battled for control of land across the north of Scotland.

David MacDonald, of Dingwall History Society, which was part of the dig partnership, said that a road, a ditch and an aqueduct, known as the Water of Dyke, that drew water from hillside springs, were also constructed when Thorfinn was in control of Ross-shire.

He said Thorfinn’s rise to power was aided by his victory in a battle at Torfnes on the south side of the Cromarty Firth, possibly against MacBeth’s troops. At the height of his power, Thorfinn became Lord of Caithness, Shetland and Orkney.

The origins of the town of Dingwall as a Viking Thing-site had long puzzled historians and archaeologists alike, with many believing it was elsewhere on the Black Isle in Ross-shire.

But now the results of the archaeological dig, the culmination of Highland Council’s participation as a partner in the EU Northern Periphery International Thing Project, has come up with real answers.

Mr MacDonald said: “You can call this the official confirmation of the car park being the location of a ‘Thing’. According to archaeologist Dr Oliver O’Grady, a leading authority on the assembly mounds of Scotland, who was part of the dig : “The excavations have confirmed the presence of important archaeological remains and indicated that the mound was man-made and probably created during the 11th century.

“The radio-carbon datings provide strong scientific evidence to support the interpretation that the mound was created during the period of late Norwegian political influence in Ross-shire and wider North-east Scotland. “The lack of substantial occupation remains or burial activity is also further circumstantial evidence that the mound was created for an assembly site or Thing.

Extract from The Scotsman. 20th October 2014 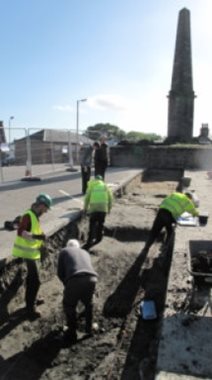 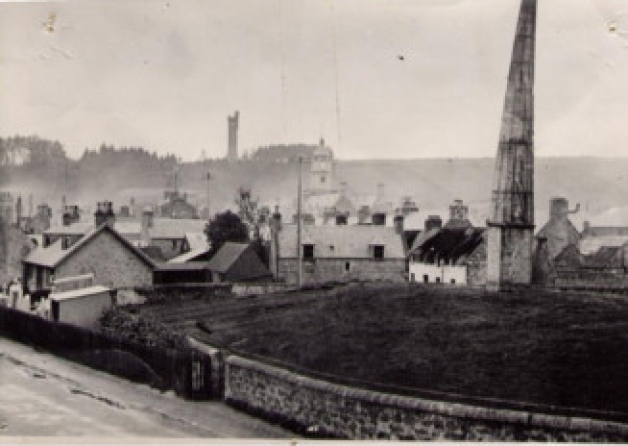