The mother of the family was Isabella Dingwall, whose family were originally from Fodderty but later lived at Seaforth Cottage in Mill Street. The father of the family, Kenneth Gibson, came from Strathoykel. They lived for a time in Glasgow, where several of the children were born. Kenneth was a house painter with Ross the painters in Dingwall.

The eldest son, John is standing to the left of his mother with the youngest, at the time, being baby Isa, on her mother’s lap.
This photo was thought to have been taken around 1916 as the youngest son, Joseph is not present and he was born in 1918. 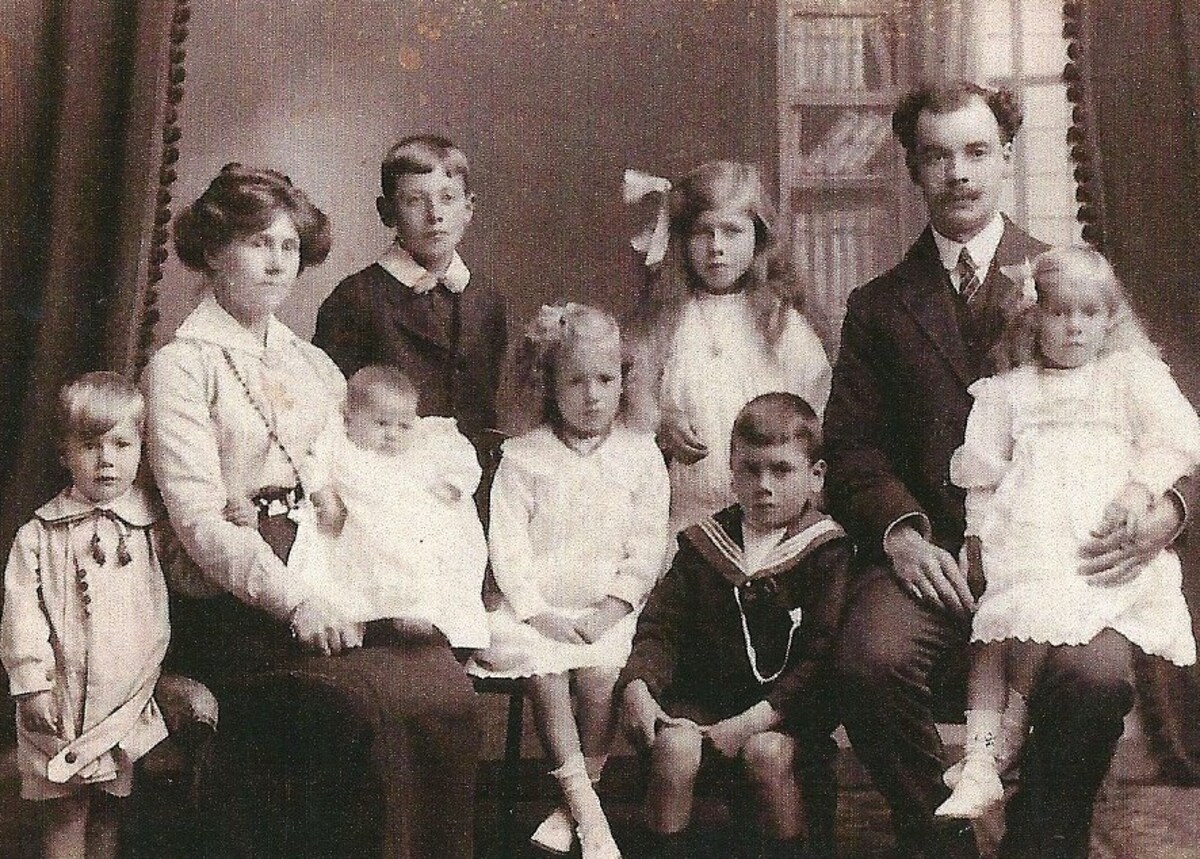 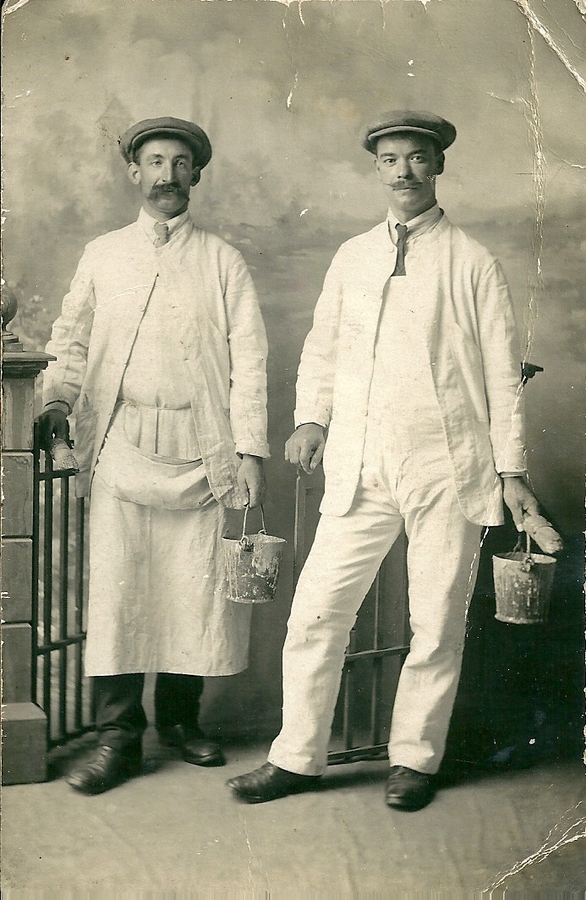 These two gentlemen are displaying a great pride in their occupation as they pose in pristine overalls of their profession in order to have a formal photograph taken. Kenneth Macdonald and his family lived in Macdonald’s Court in Dingwall. Kenneth Gibson’s mother and Kenneth Macdonald’s father were siblings.
This is likely to have been in the studio of the famous Dingwall photographer, F W Urquhart.

Kenneth Gibson with his eight children. Sadly, his wife died in the same year. This photo is very likely taken on the day of the funeral.
Back row – John, Kenneth, Joseph.
Joseph Wood Gibson became a joiner and served with the Seaforth’s in the Second World War. He was captured at St Valéry in 1940, sent to a POW camp in Poland where he died in 1943, aged 25. 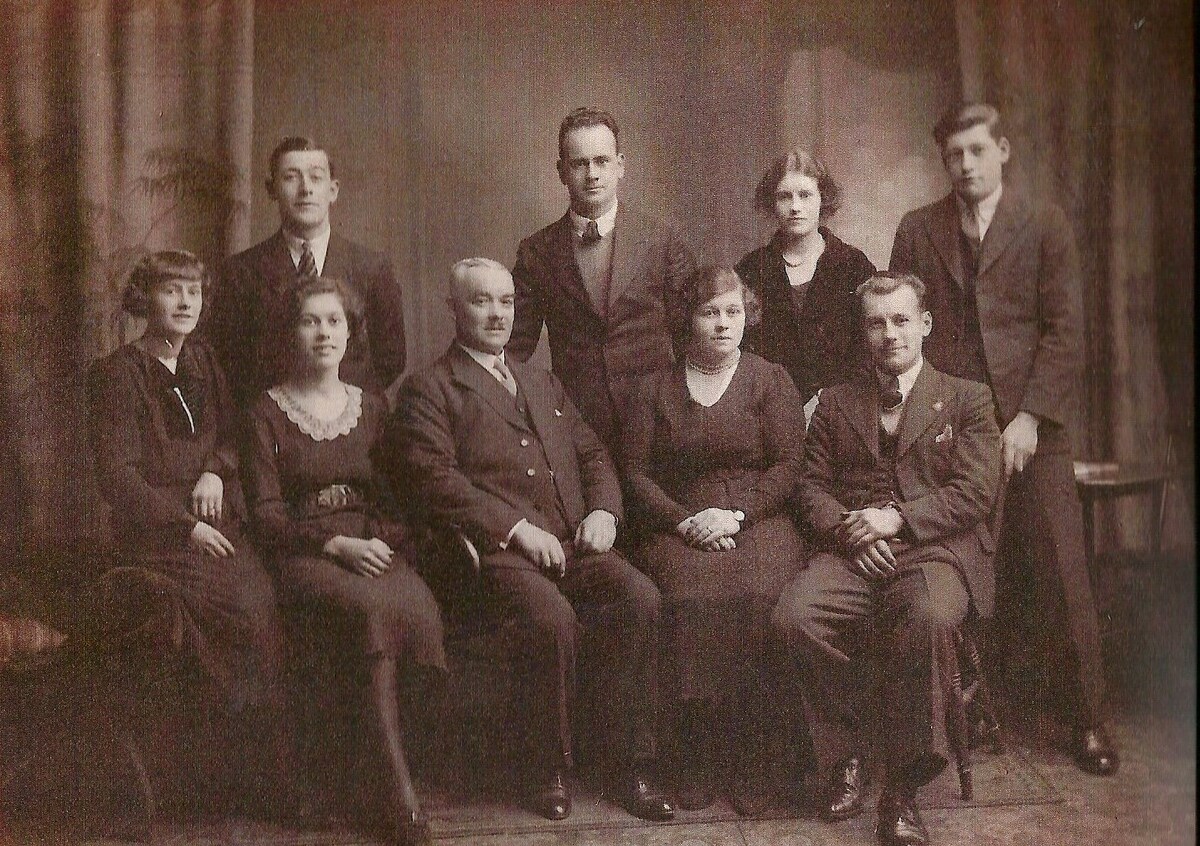 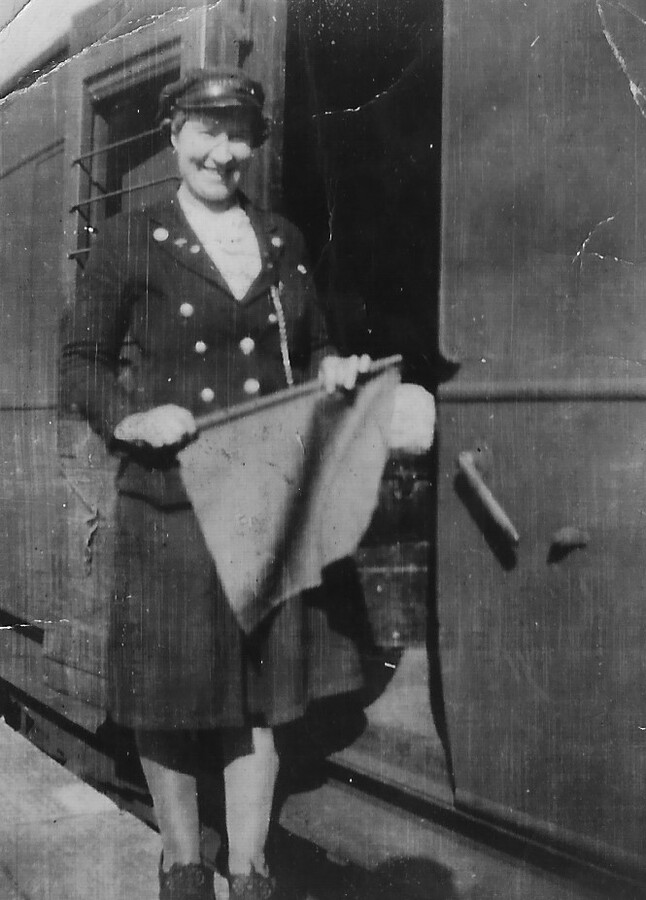 Extract from the Ross-shire Journal, date unknown.
After six years’ service with LMS, first as a clerk and four years as a guard between Tain and Inverness, Miss Isa Macdonald, Glacour, Bridgend Avenue, Dingwall, has resigned on the completion of her duty of war service, during which she was a loyal and faithful servant. To mark the occasion, her colleagues presented her with a handbag well filled with Treasury notes, at a ceremony at Dingwall Station. Mr David Murray, guard, presided in the absence of the stationmaster, Mr Colin MacWilliam, and Mr James Macdonald, clerk, handed over the gift. Other speakers were Mr Donald Maclennan, passenger clerk, and Mr Robert Grant, clerk.

Isa’s brother, Alistair was a joiner in Dingwall. He was a Gunner in the Royal Artillery, 107 H.A.A. Regt. and died on 9th of May 1945. He is buried in the Reichswald Forest War Cemetery, not far from the Dutch border.
Alistair’s name is also on the War Memorial outside the National Hotel in Dingwall.

Click on link below for the Dingwall War Memorial 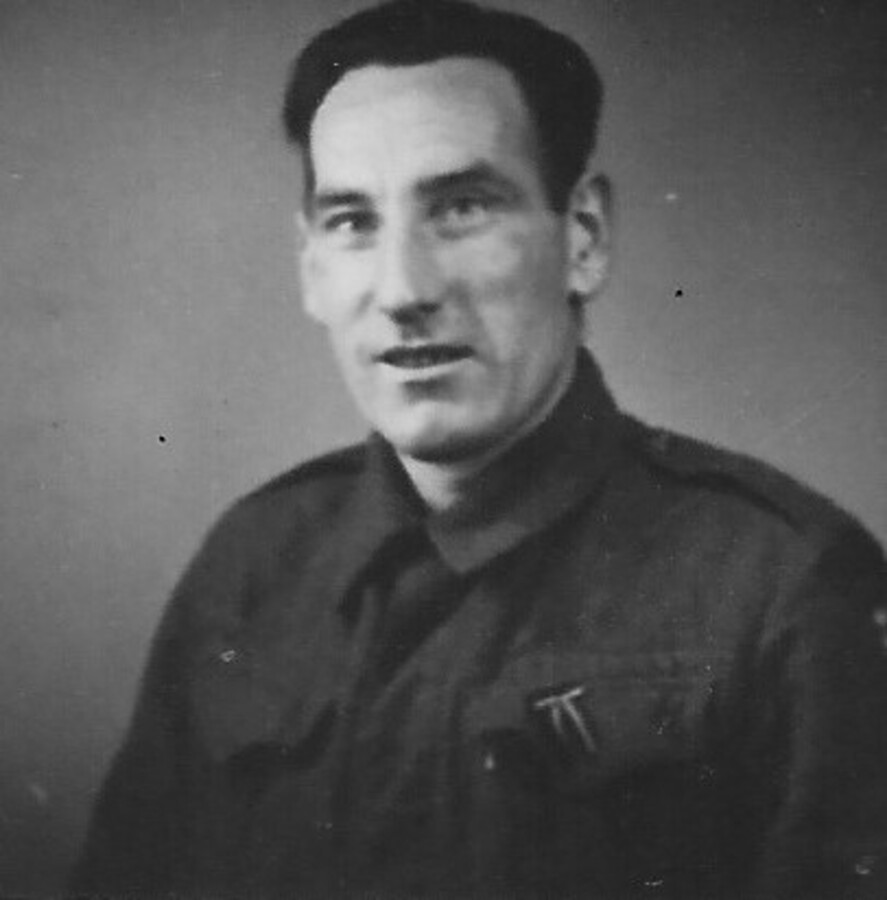 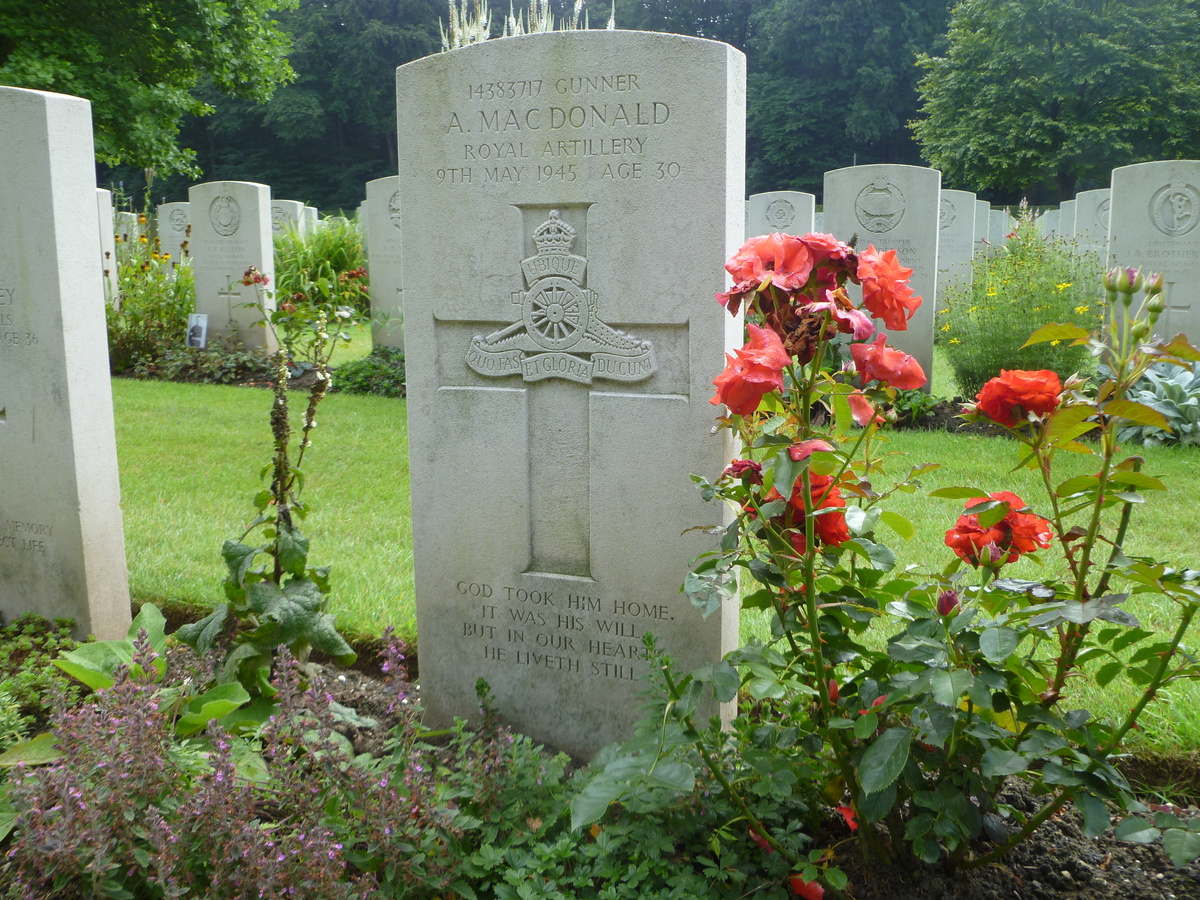 All photos and information has kindly been provided by Julia Macleod, granddaughter to Isa and Kenneth Gibson and daughter of John and Isa Gibson.