This branch opened in 1990 with help from branches in Tain, Elgin and Nairn and from the central office. Membership has increased steadily and now stands around 70.

An average of 35 members meet monthly in Ross County Social Club. Some attend the local Rheumatology Hospital in Dingwall, a very special facility. Some are transported to meetings. A few meetings includes health and subjects to help deal with arthritis. There are summer outings and Christmas dinner as club activities.

There is a registered visitor who makes home visits offering help and support to arthritis sufferers. Recently a course called ‘Challenging Arthritis’ was begun and has been very helpful. The purpose of the branch is to offer such support and share problems with fellow sufferers and help all to come to terms with their pain and rise above it. Most fund raising is done by the branch although some local organisations such as Moray Firth Radio do make contributions as well as individuals.

Many members of the group enjoy and benefit from visits to the Hydrotherapy pool in Dingwall where a physiotherapist advises on the best exercises for affected joints.

There is a branch of the Citizens Advice Bureau in Dingwall, staffed by volunteers. The aim of the organisation is to ensure that people have access to reliable information on all subjects, and know their rights. Advice is avaliable if required.

Help is given with filling in forms, contacting Goverment agencies, and negotiating with creditors.

This service is free, confidential, avaliable to anyone, and independant of outside influences. Because of its special knowledge of the difficulties people face, the CAB feed back information to the policy-makers so that problems thus identified may be dealt with. 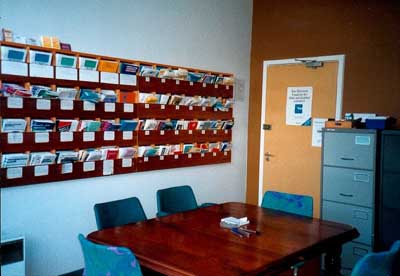 Dingwall Community Centre is an independent registered charity no SC021857 based in a property owned by Highland Council, but independently run by a Management Committee of local people. We aim to provide a friendly, welcoming environment in which to facilitate community development for the benefit of the whole community. 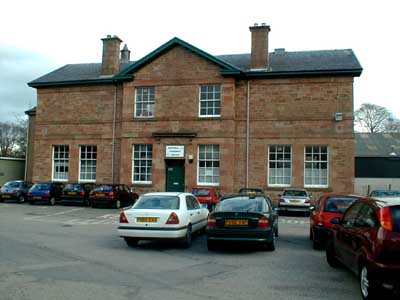 The Dingwall initiative, as it is known, is part of a larger organisation known as The Inner Moray Firth Towns’ group. This group is dedicated to the regeneration of the towns involved and is backed by the development department of Highland Council.

Projects involved range from the renewal of pedestrianised areas for shoppers, the reclamation of derelict land, the encouragement of civic pride and interest through national and international contacts, and a wide variety of specifically local aims suggested by the residents of the particular town. The initiative has been in existence for about three and a half years, and overall consultants to the group are W. S.Atkins & Co. who have offices all over Scotland.

Naturally all of this costs money and one of the major aims of the initiative, once it has identified a local need, is to raise the necessary funding. Sometimes this funding is provided locally by the Highland Council, but increasingly the main source is funding from the European Union.

In Dingwall the Initiative is at the stage of preparing what is called a “demonstration project which, in this case, is the upgrading of the main routes into the town from North, South and West. This is an ongoing project. We have already established contact with similar initiatives in Finland, Sweden and Norway, thus emphasising the European Wide relevance of the concept.

The Dingwall Association is a strictly local organisation with an open membership to any citizen of Dingwall, or anyone with an interest in the town. It has a annual fee, and these fees are the sole income of the group, apart from some grant aid from the local area committee of the Highland Council, and some funding from the Dingwall Common good fund. Projects undertaken by the Association include Dingwall’s Christmas Lights, provision of new street signage, and a wide variety of smaller local projects. The Dingwall Association welcomes new members and advertises its meetings in the local press to encourage as much participation as possible.

Lodge Fingal was established in Dingwall in February 1826 and over the past 170 years or so has been a strong influence in Freemasonry in the area. Lodges are composed of men of good-will, of good character and of good reputation, who believe in God. The mission of Masonry is to help to build a better world through the process of building better men to live in it. The principles of Masonry are proven and tested and inculcates in each of its members the duties of Loyalty and Citizenship. No one is invited to become a Mason. Every man who enters the Lodge does so of his own free-will and accord, not at the urging of another. Lodge Fingal meets in Dingwall on the second Tuesday of September to April. 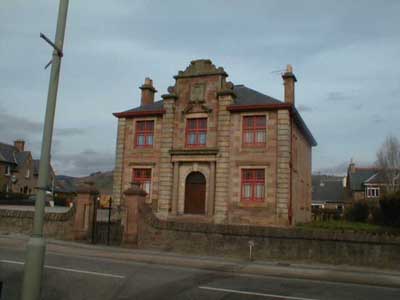 The R.N.L.I. is a charity founded in 1824 dedicated to saving lives at sea around the coast of the British Isles. It operates a fleet of fast, modern lifeboats operating from 223 stations, of which 45 are in Scotland. The crews are all highly trained local volunteers. Reliant entirely on public donations, we have a network of voluntary Fund-raising Committees including Dingwall, and elsewhere in Ross & Cromarty.

Dingwall S.W.R.I. was founded in 1946 and has been going strong ever since. With a current membership of 37, we are now one of the larger institutes in the Ross-shire Federation which consists of over 30 similar groups.

The Women’s Institute was actually founded as a movement in Outario, Canada in 1897. The aim was to provide educational opportunities and fellowship to women of all ages from 16 years upwards. That aim still exists today.

Each month at our meetings from September to May, we have a speaker or demonstrator. Over the years we have learned a great deal from topics such as “Antiques”, “Chiropody”, “Alternative Medicine”, “Japanese Life” and enjoyed demonstrations of embroidery, ceramics, silk painting, cooking etc.
We also participate in the two annual showcases of W.R.I. skills – the Bulb and Baking show and the Handicrafts Show.

Contrary to popular belief, no-one needs to be an expert at knitting or jam making to become a member. The companionship shared at meetings over a cup of tea is just as valuable as possessing housewifely skills.

The W.R.I. is now a world-wide organisation of which we are proud to be a small part.

The Puffin Hydrotherapy Pool, adjacent to Rheumatology unit was officially opened in August 1996 by HRH Princess Alexandra after a 5 year fund-raising campaign to provide special facilities for the treatment and recreation for the disabled. The project cost was £375,000. The running costs of the Hydrotherapy Pool are significant, around £80,000 per year or £320 per day. The number of people that can use it at one time is quite small, as the best results come when disabled people are not crowded or rushed through. Running costs are met by grants from the Highland Health Board and the Highland Council, by the pool charity shop staffed by over 50 volunteers, by Pool Fund-raisers and by friends of the Puffin Pool in addition to the fees paid by users. Many donations are received.

There are probably 20,000 disabled adults in the Highlands and Islands. Most of those suffer from arthritis, backache or illnesses like stroke, multiple sclerosis and cerebal palsy. Hydrotherapy is a kind of physiotherapy and a specialist treatment to ease pain and increase mobility for people suffering from these illnesses.
Hydrotherapy is a type of exercise carried out in a specially heated pool. The buoyancy of the water and the extra heat relax the body’s muscles and ligaments allowing pain relieving exercises and improved fitness.

Visit their Web Site at www.puffinpool.co.uk 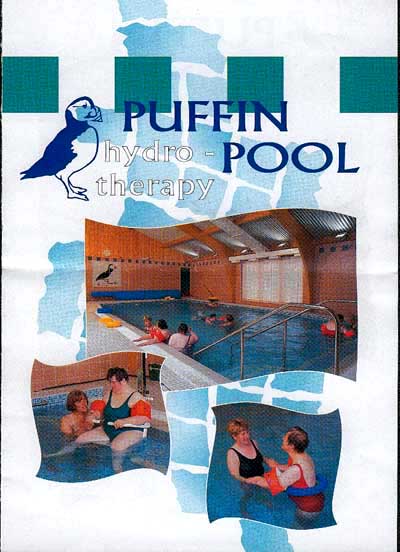 The WRVS in Ross and Cromarty has been operating since the 1960s.

Currently we run Meals-on-wheels in eighteen towns and villages, Lunch Clubs and Over 60 Clubs, an inspection service for the Highland Helpcall – an alarm for the elderly – and volunteers man the WRVS shop at Raigmore.

WRVS has meant more Highland Helpcall inspections, social transport requests and the setting up of Sheriff Court teabars, but sadly has also meant the closure of clothing stores and local hospital trolley shops.

An important part of our work is an emergency back-up service to provide refreshment for the emergency services as well as opening rest centres in the case of an evacuation. 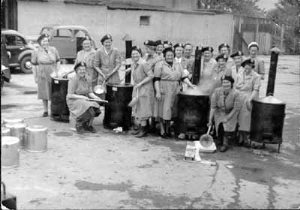 View more photos of the societies