Seaforth Highlanders 2nd Battalion Boer War Memorial is located at the end of the High Street in Dingwall at map reference NH 55251 58684 on Ordnance Survey Explorer Series Sheet 432. The memorial was erected by the Officers, Non-commissioned Officers and men past and present of the Seaforth Highlanders Ross-shire Buffs, Duke of Albany’s in memory of their comrades who lost their lives in South Africa between 1899 – 1902.

The Monument is a grey granite pillar standing on a dressed red plinth of the same material, all on a base of hewn granite with a Celtic cross on top.

The Cross has a hemisphere on each arm. Then there are panels of a Celtic motif, and below that a representation of the Seaforth Regimental Badge, with motto. Also the word ASSAYE in a scroll, and an elephant under that.

180 names on the Monument are divided into ten lists, on three sides.  These men were in the Highland Brigade, Seaforth 2nd Batt, at Modder River and the Battle of Magersfontein. 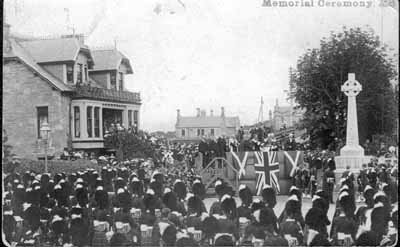 Photo possibly the unveiling ceremony of the memorial? 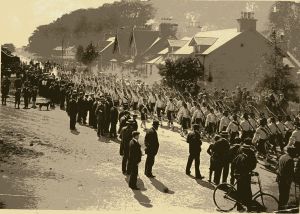 The Seaforths returning from the Boer War and marching along Station Road, Dingwall. 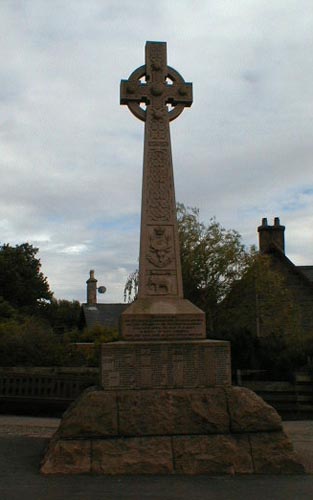 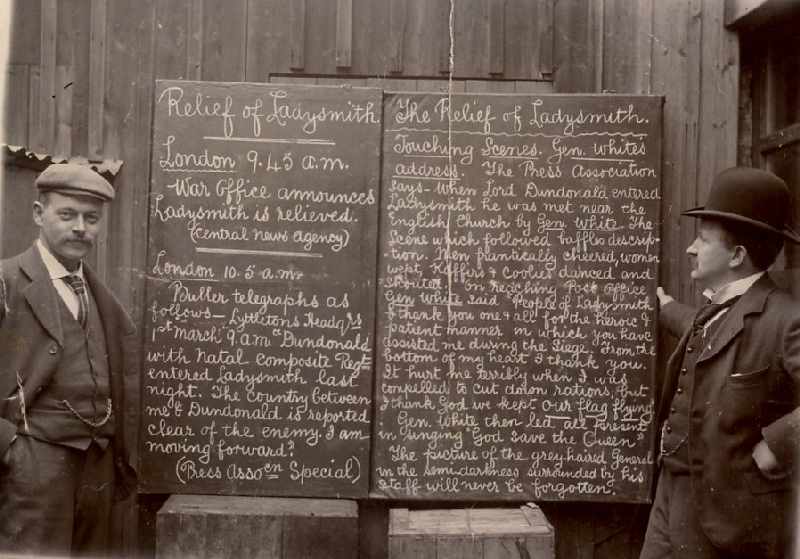 And here is how the Relief of Ladysmith (1st March 1900) was announced to the townspeople. 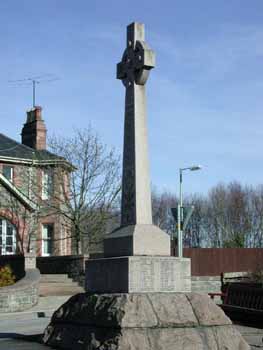 The180 names on the Monument are divided into ten lists, on three sides. These men were in the Highland Brigade, Seaforth 2nd Battalion. They fought at Modder River and the Battle of Magersfontein.

the Officers, Non-commissioned Officers and men

past and present of the Seaforth Highlanders

in memory of their comrades

DIED OF DISEASE OR ACCIDENT

RCHS Additional Note, March 2018: The information in this section is as prepared by Mr John W Bruce some years ago. Since then Mr Bruce has developed a most impressive website - www.rosswarmemorials.org.uk - and while Ross and Cromarty Heritage Society wishes to continue to show Mr Bruce's original work, it is only proper that those seeking information should be directed to his more detailed website.