Attribution: Image by indianabones from Pixabay (A cairn of stones)

In August 2019 the news broke that a carved Pictish stone had been discovered at the site of an early Christian church in the Dingwall area.

The stone, thought to have been carved around 1200 years ago, is decorated with a number of Pictish symbols and is likely to have measured more than two metres in height when originally carved. It has been described as bearing two massive beasts “unlike anything found on any other Pictish stone” and has lain on the ground since at least the 1700s when it was reused as a grave marker..

While undertaking a survey of the church site earlier in 2019, Anne Macinnes of the North of Scotland Archaeological Society (NOSAS) was clearing vegetation, saw the carving and recognised its importance. Her find was subsequently verified by archaeologists from Highland Council and Historic Environment Scotland. 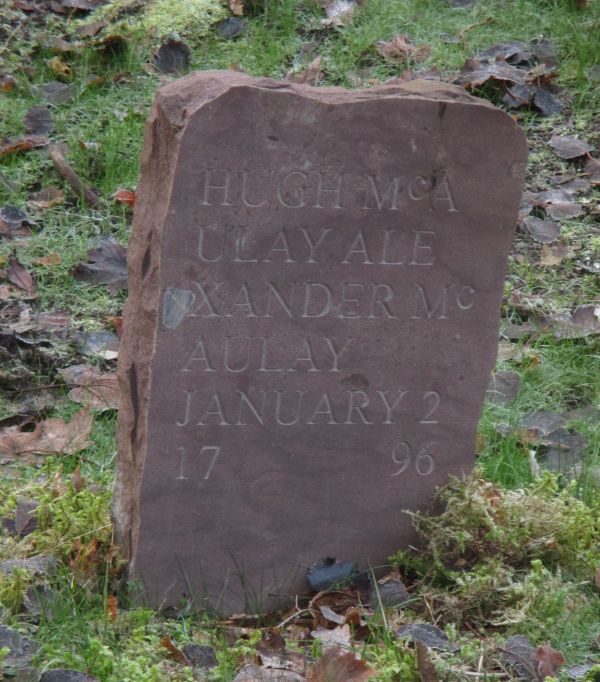 The Pictish stone had been used as a grave marker commemorating a McAulay family  and so NOSAS arranged to have a replica made and erected. This gained approval from Clan McAulay who gave a generous donation towards the project. 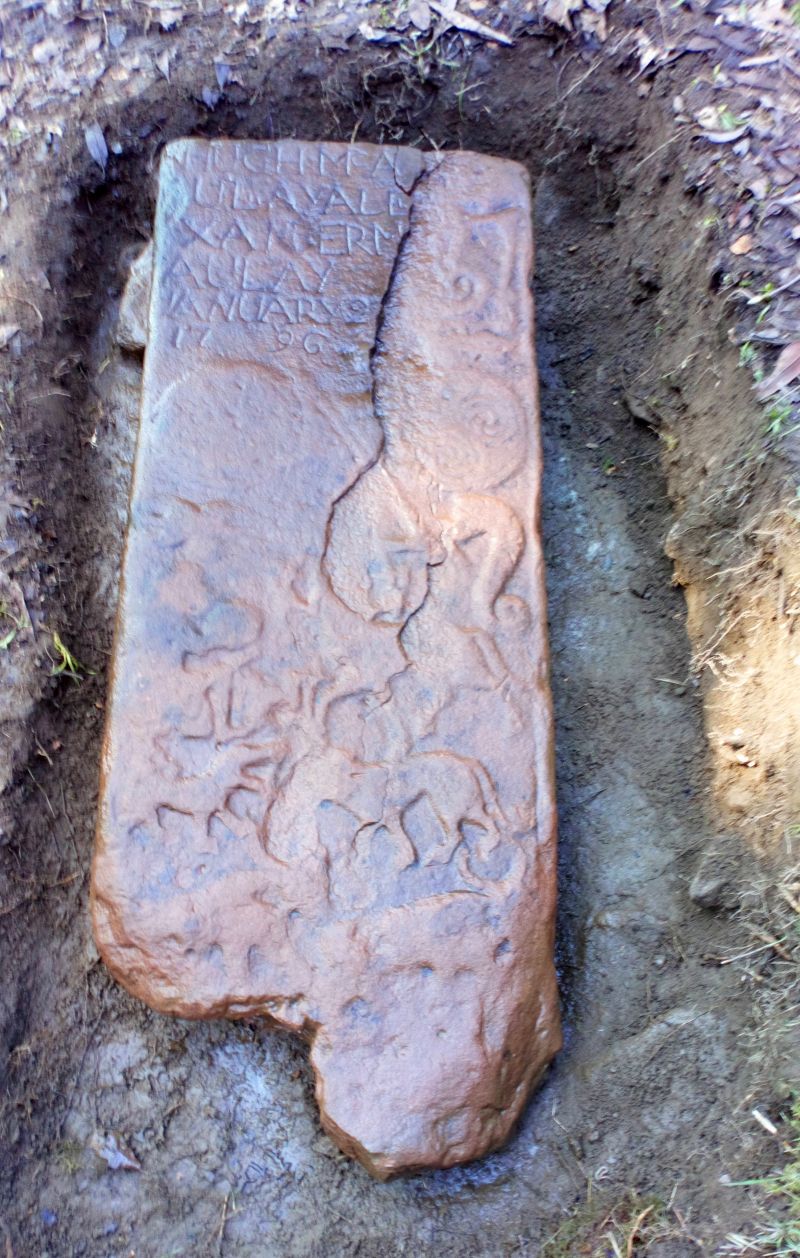 The Pictish stone in situ. 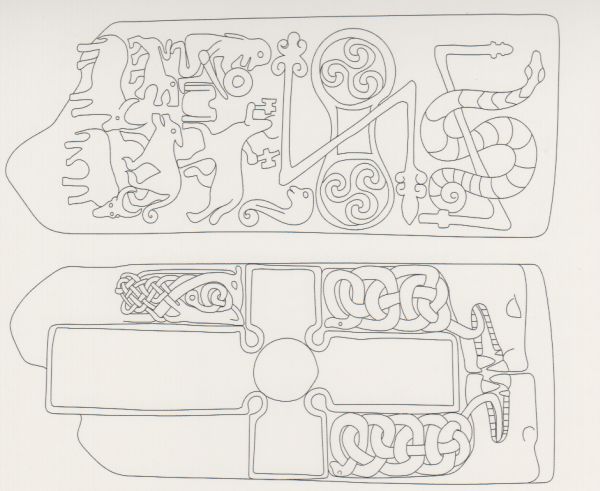 Above is a copy of the sketch created by Jim Buchanan to show the two faces of the Pictish Stone as it would have been when created. © NOSAS

Subsequently, the stone was removed from the site by specialist conservators in order to have it repaired, cleaned, recorded and mounted, prior to being put on permanent public display in Dingwall Museum. 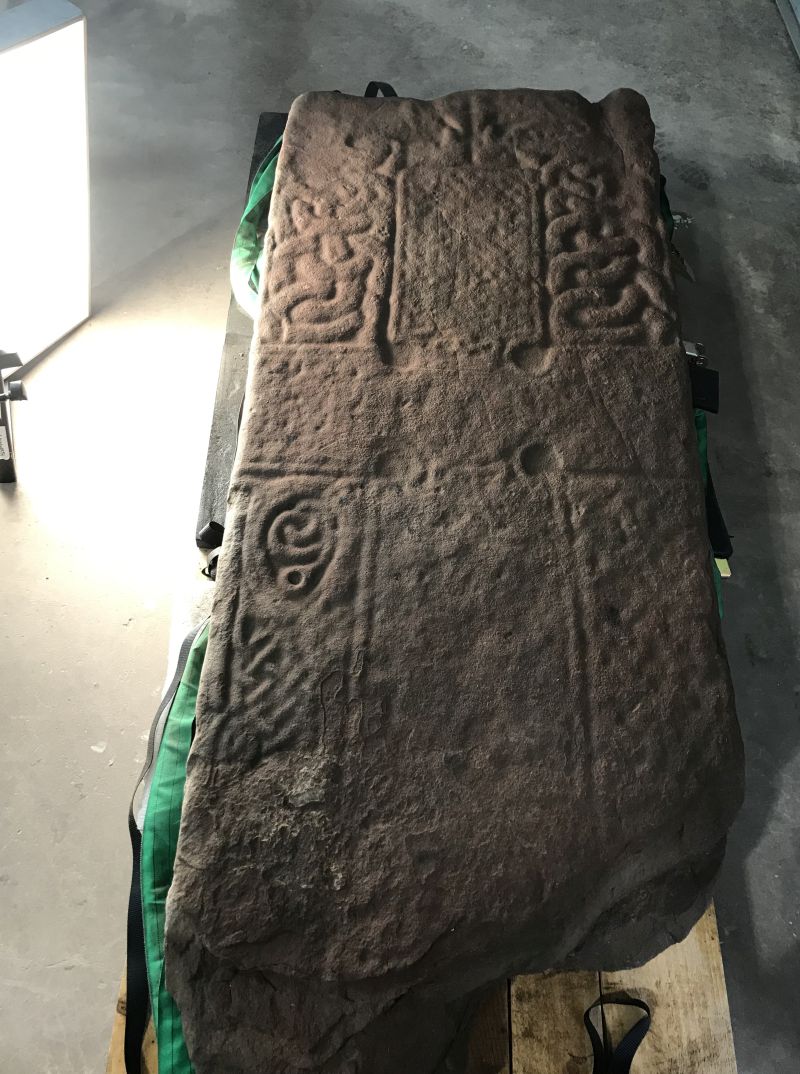 The photograph shows the stone being carefully removed 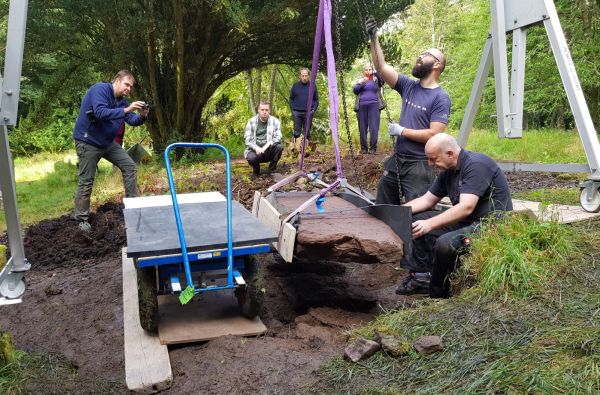 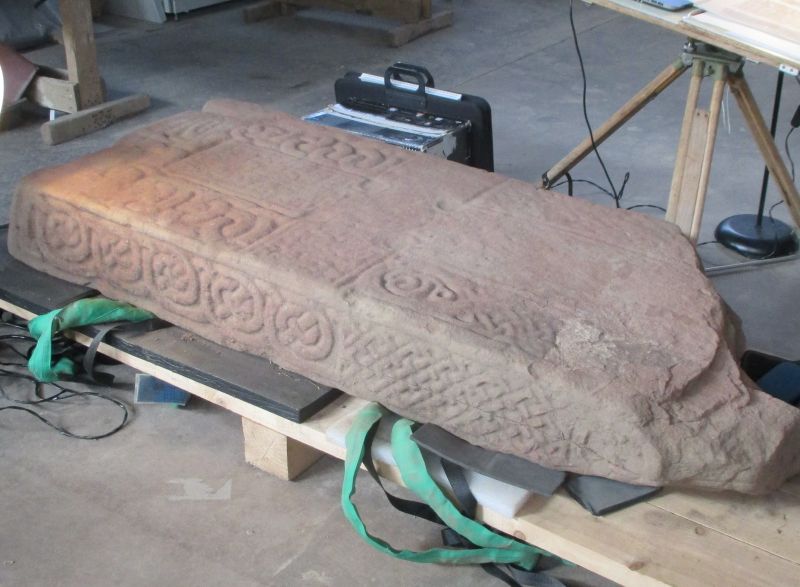 The two images above show the stone at the consevators

The Pictish Stone goes on Display in Dingwall Museum 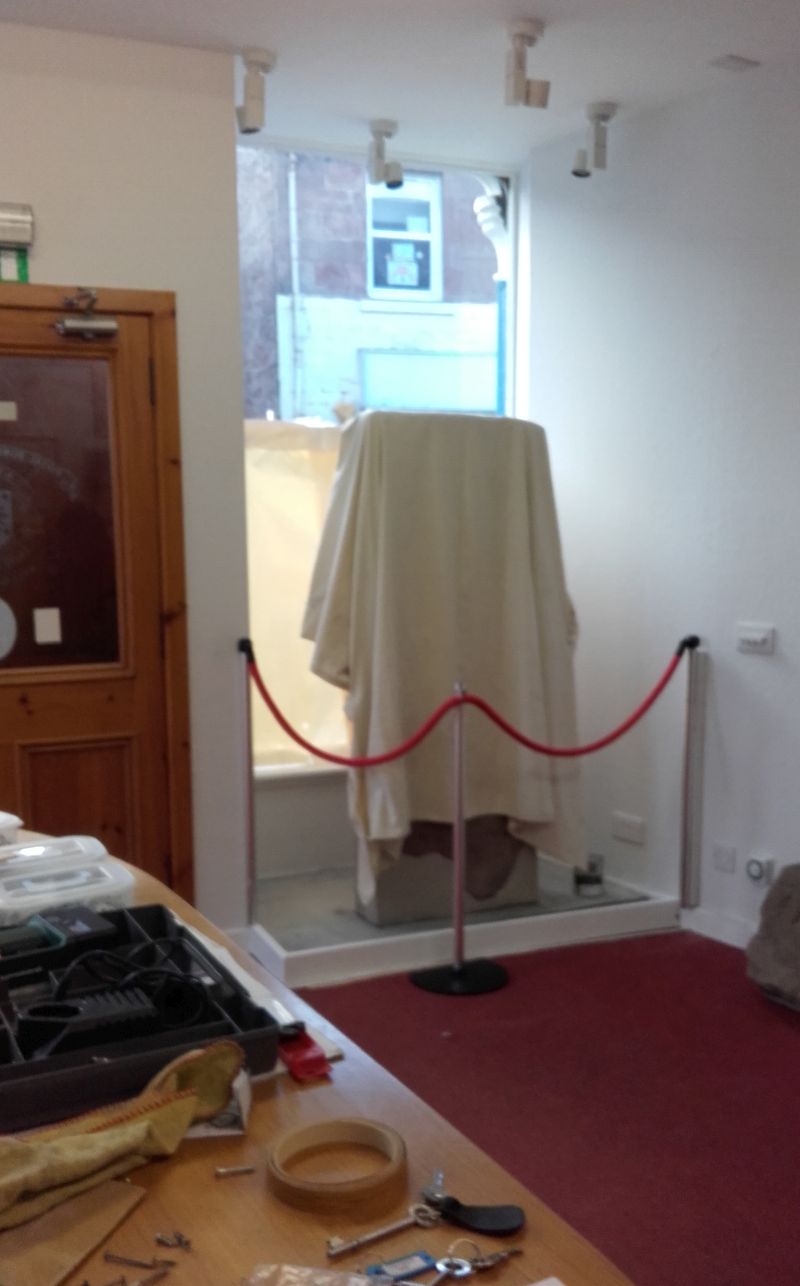 The Pictish stone in November 2020 resting in what will be its permanent home in Dingwall Museum. Work on the display area continued during Covid-19 lockdown but prevented its unveiling and so it remains shrouded until circumstances change. 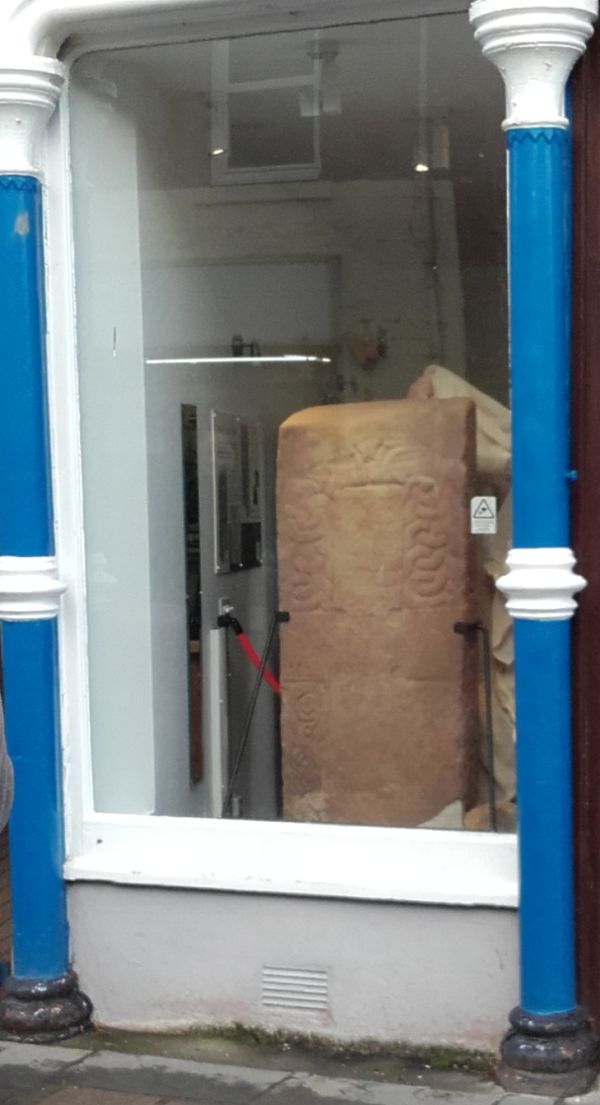 NOSAS and the Pictish Arts Society embarked on a campaign to raise the £20,000 estimated to be the cost of restoration. Donations may be made via the link below:

For those who prefer a more traditional method of contributing, cheques (made payable to NOSAS) may be posted, or handed personally, to Mr David Duguid of Picaresque Books, 55 High Street, Dingwall, IV15 9HL.