The mortar and pestle

Another piece of Dingwall's history

The traditional symbol of chemists – a mortar and pestle – stood above Dewar & Hay’s chemist shop for decades, possibly renewed from time to time. Lloyds Pharmacy occupied the chemist’s shop for a number of years until, in 2016, it relocated to nearby premises and the wooden sign, now somewhat decayed, was consigned to a skip.

When Kelvin Ambrose, of nearby Macdonald’s Hardware, realised that a part of Dingwall’s heritage had disappeared, he persuaded Lloyds to retrieve the sign and have it fully refurbished along with the original bracket that held it in place.

It was agreed that the mortar and pestle sign should find a home in Dingwall Museum, part of which, by coincidence, is housed in a former chemist’s shop. 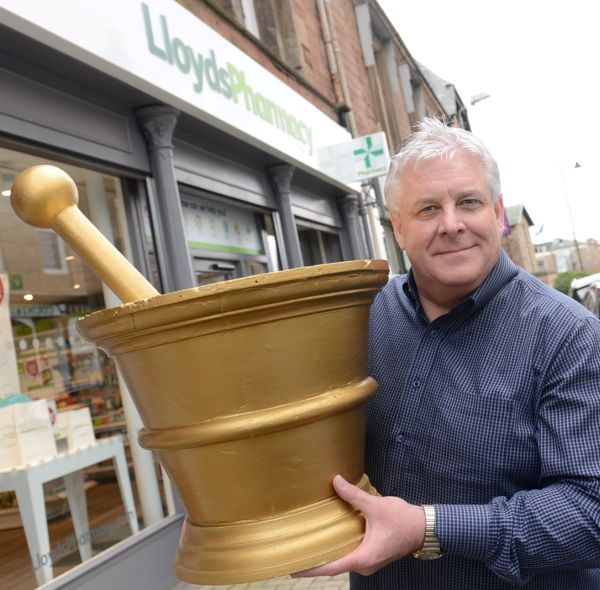 A delighted Kelvin Ambrose in April 2016 with the refurbished mortar and pestle symbol. 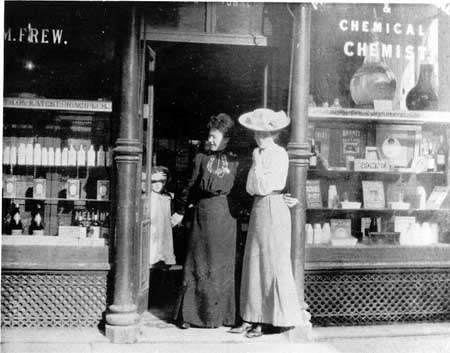 The chemist’s shop of J R Few – the same front door is now the entrance to Dingwall Museum.

The mortar and pestle outside Dewar & Hay’s shop, 1870 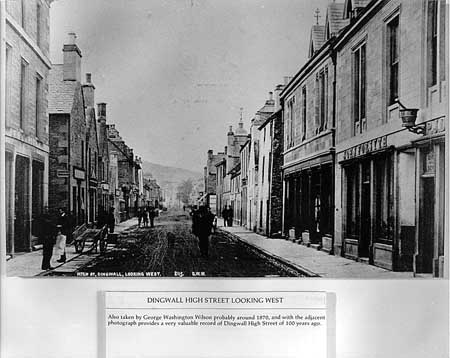 The mortar and pestle outside Dewar & Hay’s shop, 1870