In the Birthday Honours of 2018 Peter Angus was awarded the BEM for his services to the community, extending over 50 years. While those who receive an award might opt to have it presented at Buckingham Palace, Peter was persuaded that the best place was in the town of his birth, Dingwall, in the company of family, friends and the community.

Peter’s service to Dingwall includes the Fire Brigade Community Group and the Seaforth Highlanders Regimental Association (Ross-shire) and his working life was with Scottish Water. He and his wife Jennifer have a daughter and three granddaughters, one of whom, Morgan, led the Army Cadets Pipe Band parade through Dingwall at Easter 2018, an occasion of great pride to Peter and Jennifer.

Peter is an accomplished drummer and is a member of Inver-Ross Accordion and Fiddle Group, even performing with them at the Great Feil Maree immediately prior to receiving his BEM – perhaps a sign that he never stops serving the community! 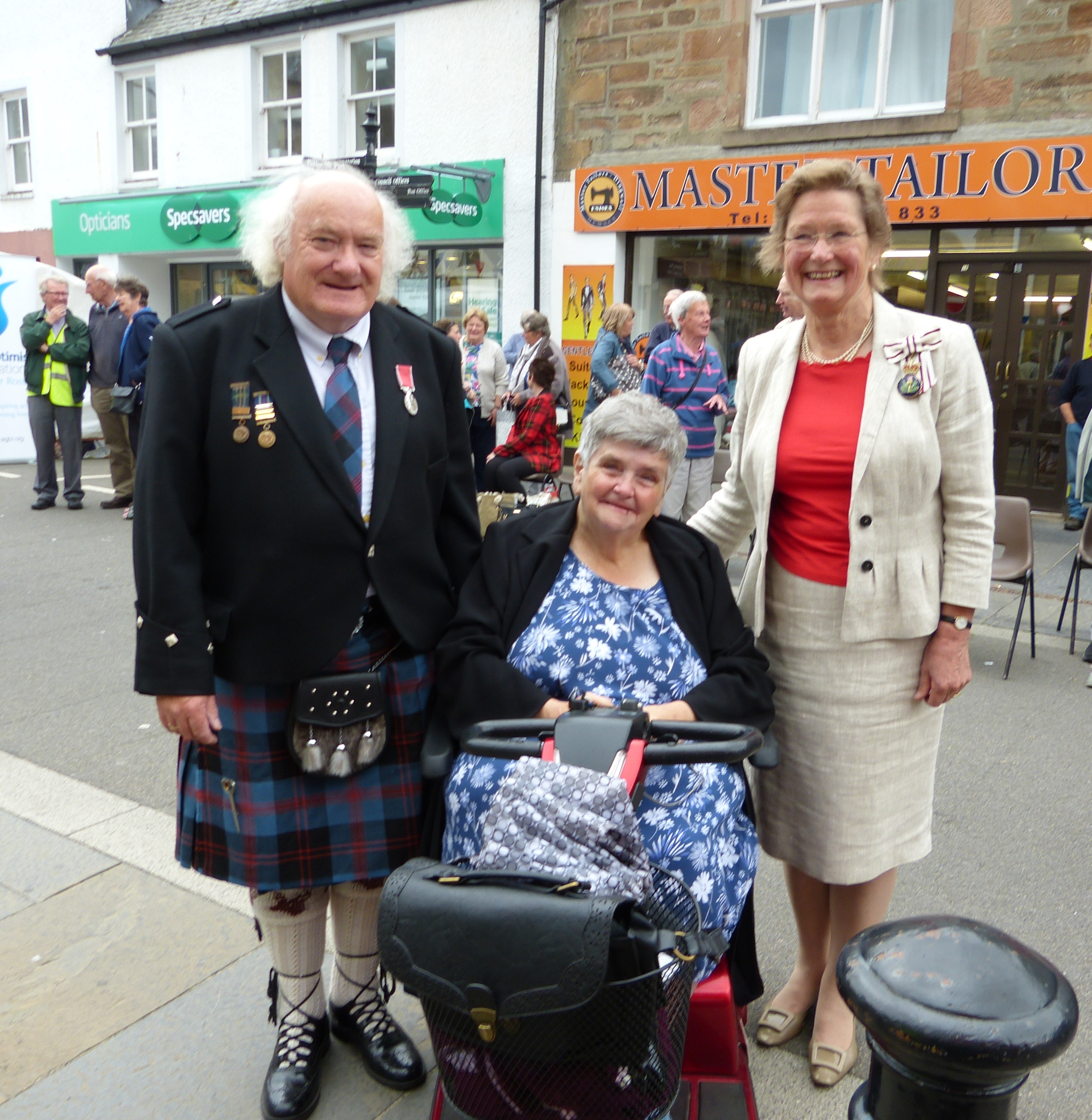 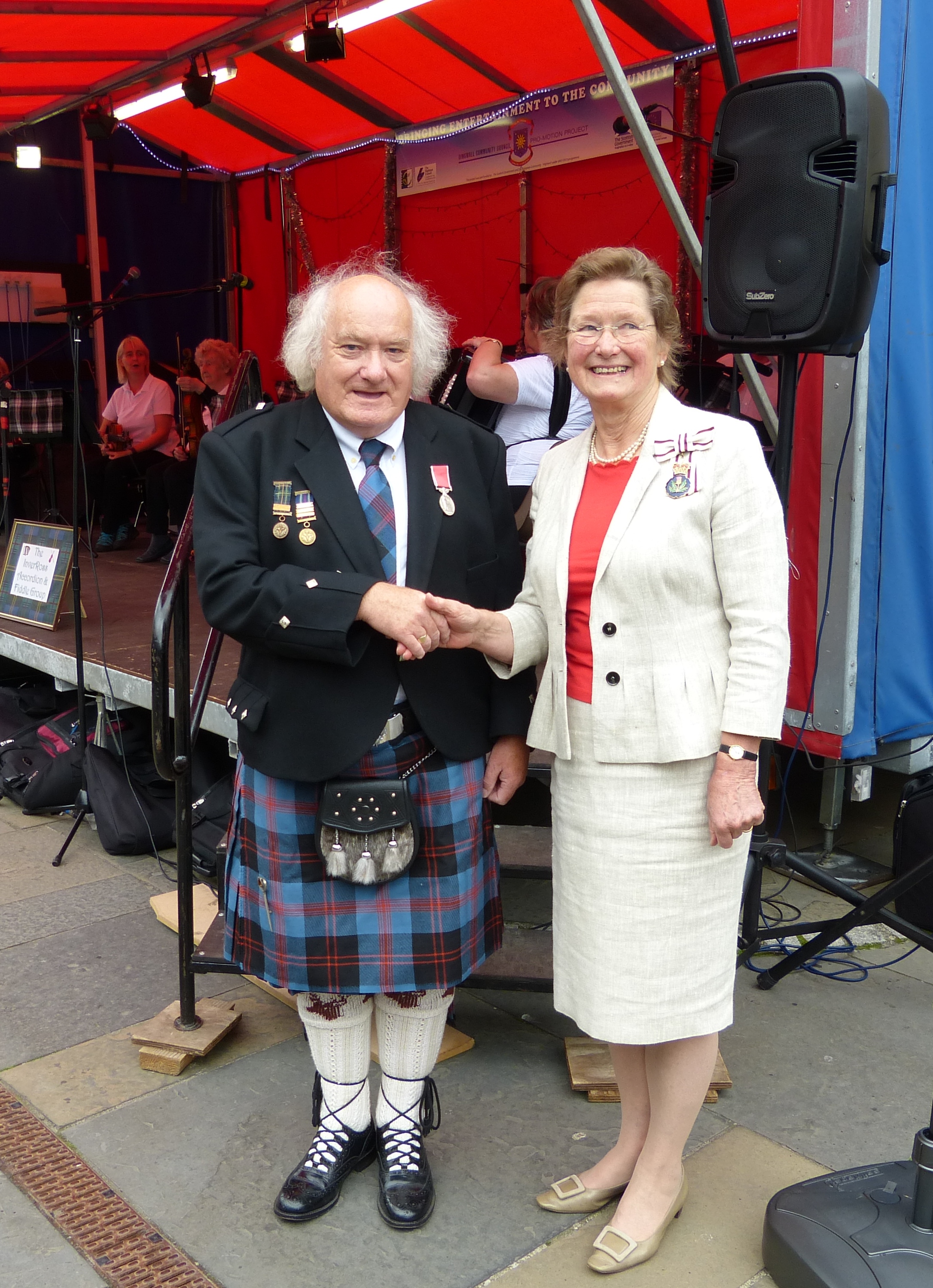