The Castle Street Church of Scotland is situated in Castle Street opposite the National Hotel. Built in 1909 as the United Free Church (a result of the Union of Free and United Presbyterian Churches in 1900), the architect was William Mackintosh. 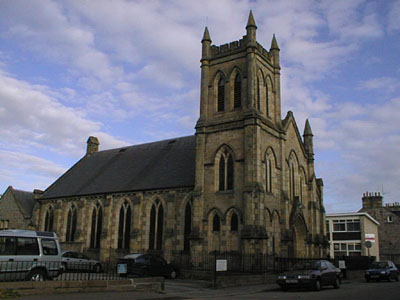 This, the parish church of Dingwall, was completed in 1803, the previous building having fallen into a state “unworthy of repair.” 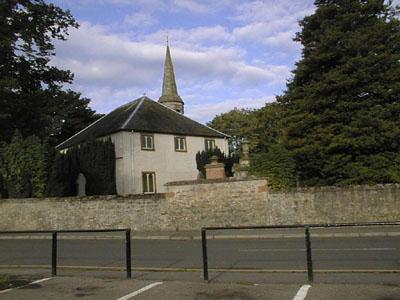 The Free Church of Scotland

The Free Church is situated opposite the railway station. Built in 1870 to replace the old Free Church in Castle Street. The architect was John Rhind, and the church is built in French Gothic style, although the octagonal dome on the spire is extremely uncommon in Gothic buildings. The church will seat 1,000 people comfortably, and was opened by the famous London preacher, Charles Haddon Spurgeon, a good friend of the first minister, the well-known Rev. John Kennedy. The building has long been admired for its beautiful interior, and particularly for its magnificent 16 foot high, stained glass ‘rose window’. A new hall was built at the rear in 1987. The congregational list includes around 180 homes, and services are held twice on Sunday with a weekly Prayer Meeting and Bible Study, as well as other meetings designed for the different age groups in the congregation. 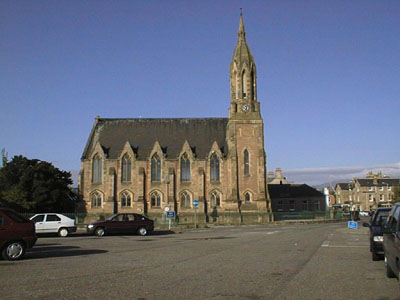 The Free Presbyterian Church is situated in Hill Street. Built in 1959, the architect was J. Lyon of Matheson and Mackenzie. It is a harled buttress box with rubble gable, it replaced the original 1904 church (now Kirkholm) in Greenhill Street. The interior of the church is deliberately austere in keeping with the early reformed church tradition. Seating capacity – 350. 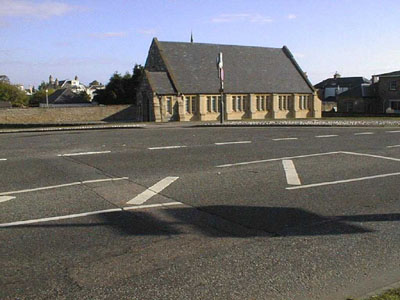 The Episcopal Church is situated in Castle street. The Episcopalians have worshipped in the town since the Sixteenth Century, first at St. Clements and later in private houses until the first chapel was built in Castle Street in 1806. The present building, with a capacity of 128, is the fourth to be built on the site. Erected in 1871 it is of simple and sturdy gothic design, consisting of a three-bay nave with lower one-bay nave. There are stained glass windows on four walls. An organ was installed in 1872 and there is a small choir. The parish stretches from the Black Isle to Achnasheen. The Davidson Mausoleum (to the right of the church) has been located elsewhere, the hall behind the mausoleum was demolished and a new hall erected in 2005. 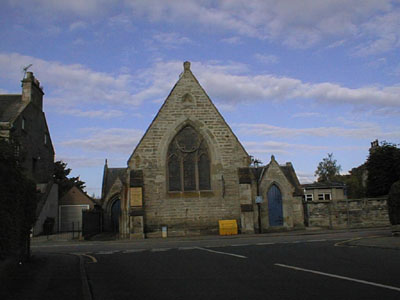 Opened 1902. The architect was William C. Jones. It was built in plain Gothic style. Above the altar there are three stained glass windows by Dom Ninian Sloane O.S.B., of Pluscarden Abbey. The Church has been refurbished. 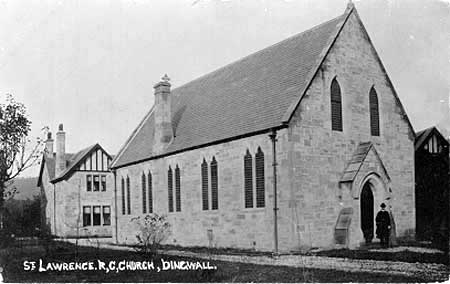 The information given below, and the associated photograph, is taken from notes provided by AOC Archaeology Group, with additional details by the unknown “T.W.”

Cille Bhrea, on the north shore of the Cromarty Firth, was established by 1228 as the parish church of Lemlair and continued in use until the early 17th century. A cross inscribed slab was recovered from the foreshore and, although of uncertain date, it may suggest an earlier origin for the Christian use of the site. During the life of this parish church it became famous as the first place in Easter Ross where the Reformed Doctrine was preached by Dr. Munro of Castlecraig, who crossed the Cromarty Firth to do so. After the abandonment of the chapel in the early 17th century, the graveyard was used intermittently during the 18th and 19th centuries, with the most recent burials being from a cholera outbreak in 1836.