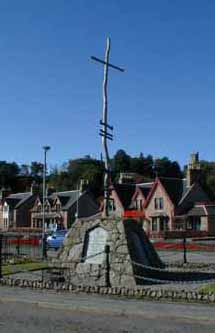 After the memorable battle of Cambrai

After the memorable battle of Cambrai, towards the close of 1917 and the end of the war, a mound of stones, with a tall wooden cross surmounting, was erected to the memory of the Seaforth Territorials who fell during the strenuous fighting, the moving story of which is told in the “History of the 51st (Highland) Division” (published by Blackwood), which also gives prominence to the gallant part played by the Territorial Seaforths in other parts of the fighting line. The citizens of Cambrai, in gratitude to the Seaforths, placed tribute tablets on the Memorial, and there it stood during the seven years since its erection, the tall wooden cross being a conspicuous feature.

Circumstances rendered necessary the demolition or removal of the memorial mound, and with the loyalty and devotion to old comrades characteristic of him, Colonel T. W. Cuthbert, Achindunie (who went out with the Battalion in October1914 and led it in the field for a time after ill-fated Neuve Chapelle), set about the preserving of as much of the Memorial as was possible. With other devoted Seaforth friends, and in conjunction with the Seaforths’ Re-union Club, he had the remnants brought over to this country in 1924, and steps were taken for their restoration and re-erection in Dingwall. The unveiling of the restored remnants, with the additions necessary to complete the cairn, was carried out on Thursday 12th March 1925. Since then, the cross has had to be renewed on several occasions.

In the North Star of the 14th March 1925 there was an account of unveiling of the restored cairn. The North Star account is available to read by clicking on the button below: 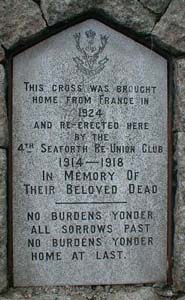 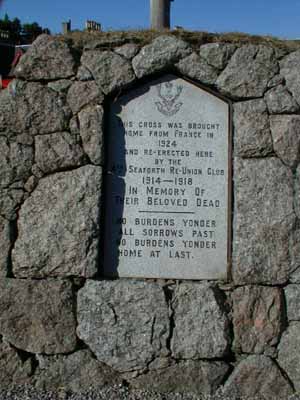 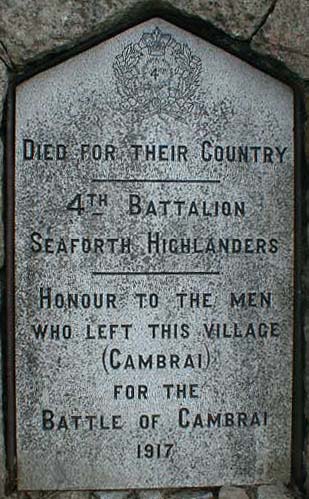 OF THE FOLLOWING OFFICERS, N.C.OS. AND MEN

OF THE 4th SEAFORTH HIGHLANDERS

WHO WERE KILLED IN ACTION 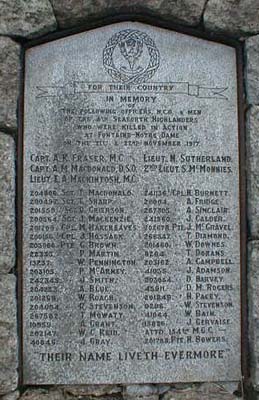