The Peffery Way Association has been established with the aim of creating a low level foot/cycle path link between Strathpeffer and Dingwall using the disused railway line as much as possible.

To complete the full route between Strathpeffer and Dingwall it is estimated that the cost will be of the order of £750,000.

In September 2020 the Peffery Way Association launched an appeal for funding to help complete part of the route which links two of the previously built sections. Earlier in 2020, the area in question, a 350m section running over undulating ground on a steep slope beside the operational railway, had been laid with basic foundations, but PWA requires to raise £10,000 to complete the surface with a top layer of stone and whin dust, all before winter sets in.

On 4 January 2020, the Peffery Way Association held their post-New Year walk. A group of approximately 50 people enjoyed this, although misty weather prevailed. The group set off from Fodderty Cemetery and joined the track (which a local resident described as “the coffin road”) leading to the restored section from Fodderty to Dingwall. 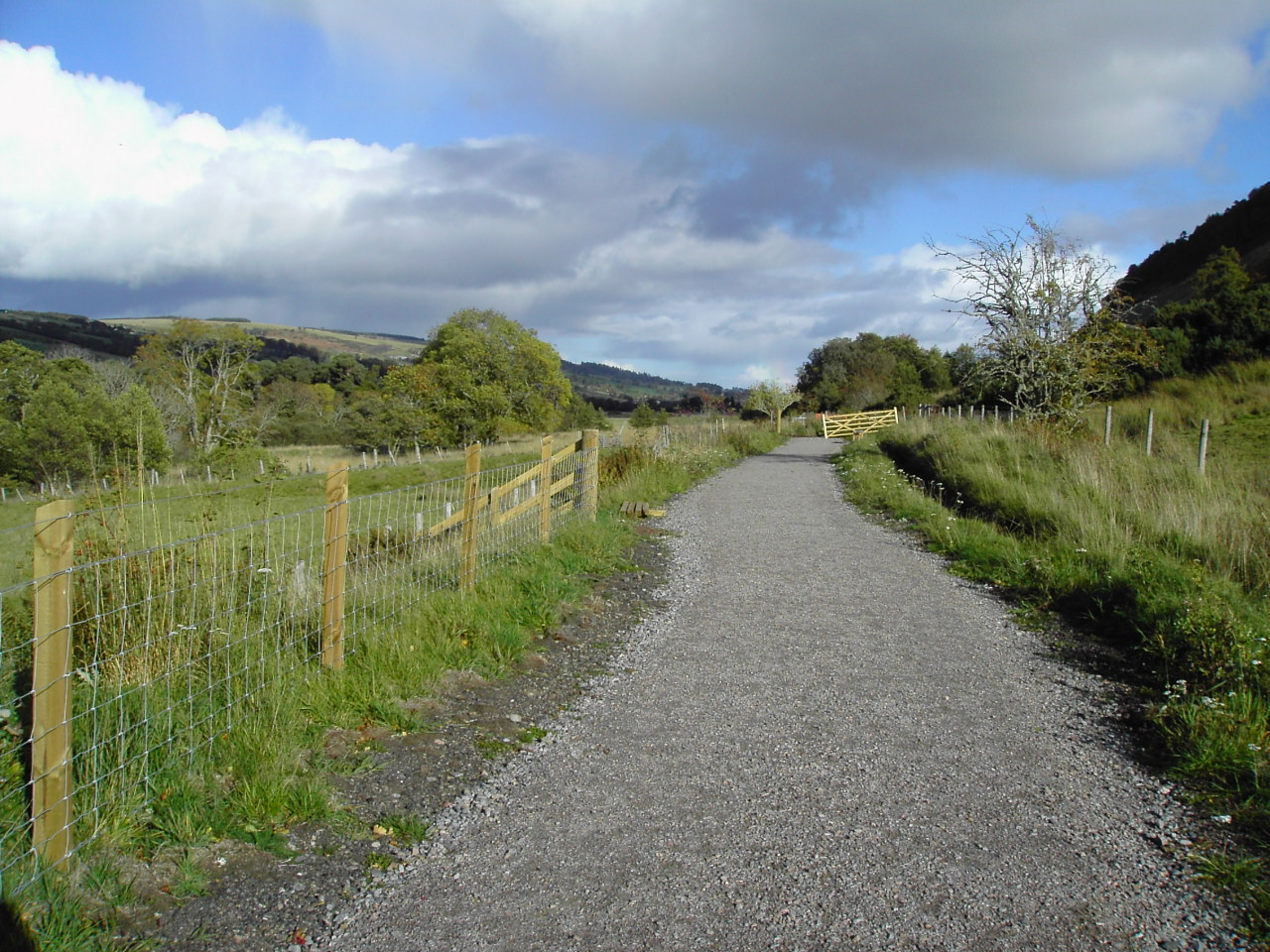 Looking towards the end of the one mile of construction.

This bridge was constructed in 1884 over the Strathpeffer branch of the Dingwall and Skye Railway. The railway was originally intended as the route of the main line to Kyle of Lochalsh but opposition from Coul Estate made it necessary to build the line from Fodderty to Achterneed and Raven Rock.

Achterneed was the station that served Strathpeffer until this branch line was built. The coming of the railway age was a great benefit to the village, so much so that in 1908 it was possible to travel to Strathpeffer from London in a sleeping carriage which was attached to the overnight train. July 1911 marked the start of the Strathpeffer Spa Express from Aviemore usually hauled by a large “Loch Class” locomotive. Local services ran from Dingwall hauled by steam locomotives such as the Highland railway 0-4-4 “Strathpeffer”, 4-4-0 “Munlochy” and occasionally the 1920s Sentinal steam railcar no 4749.

Sadly the line did not survive long after World War II and train services declined from 12 trains per day in each direction to a single train running on Saturday only and the line was closed to passenger trains in 1946 and to goods traffic in 1951.

The large field to the west of this bridge was laid out with sidings in WW2 for the storage of anti-shiping mines. The remains of the brick guard room are to be seen in the next field.

Knockbain Farm has carried out a partial restoration of the track bed to form a new low level footpath which connects this location with Dingwall, 3 kms from here. To reach Dingwall by this route, walk up the track towards Dingwall and follow the waymarked route which ends at Knockbain Road. There are some items of original railway architecture to be seen along the route including this bridge, cast iron fence strainers, original oak fence posts with 19th Century braided wire and the remains of the old railway cottage at Fodderty junction.

At the moment the restored trackbed only reaches westward to Blairninich Croft. To walk to Strathpeffer it is best to ascend the path to Knockfarrel and follow signs to the village.

We hope you enjoy using this path and others in the area.