Frank Keith Menzies was born in 1901, the son of the head gamekeeper at Brahan. He grew up to become an exceptional engineer, running the local garage, serving as a Flight Seargent in the R.A.F. , building various vehicles and machines, and inventing a number of gadgets and machines. (See lists below) 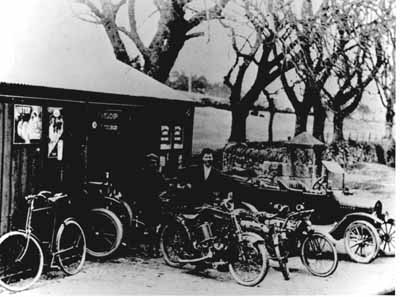 In nineteen twenty six Frank Menzies diversified. Trade was slow in his car and motorbike repair business at Conon Bridge, so with a mildly avaricious eye on the rich southern anglers who arrived by train to angle in the river and lodge in the cosy Conon Hotel not many yards from his workshop, a car for hire was decided on…… So, a nineteen twenty one Ford Model T was bought and put to work. The venture prospered, locals become regular customers and anglers and holidaymakers were shuttled from railway station to hotel, and from the hotel to wherever, to visit fellow sportsmen and boast a bit. Then one Friday, three elegant and genteel ladies alighted from the noon train to holiday in the hotel. No anglers were they, and Jim Anderson, the genial manager of the hotel, soon discovered that as disciples of Jacobite lore, they wished only to travel around a bit and experience at first hand the wild romantic Highlands of their dreams. Frank was quickly introduced to the ladies and a deal was struck. They would hire the Ford to take them anywhere within reason; board and lodgings were included for the driver if overnight stops were necessary. Any misgivings that Frank may have had about the distances involved and the awful roads were allayed by the knowledge that he had a modern car with good tyres. Inevitably, the Isle of Skye was first on the list and early Monday morning they set off. The sun shone brightly as the Ford departed the A9 at Maryburgh on to the narrow and nearly deserted road to the west coast; burbling through Brahan and Contin, up the steep hill at Rogie, always an anxious mile or two, then on to Garve, Achnasheen and all the other little names on the map, puttering along happily and sedately, only stopping to commit some view to the memory of a box Brownie. After a long, pleasant but bottom numbing run they came to Strome Ferry, where a narrow arm of the sea had to be crossed. The passengers were glad to alight and walk around, and Frank sought to winkle out the ferrymen who, rightly or wrongly, had given priority to their crofts or a late afternoon dram in the local pub. Soon though, all was organised; the oarsmen arrived one by one and made preparation to put the Ford on board. 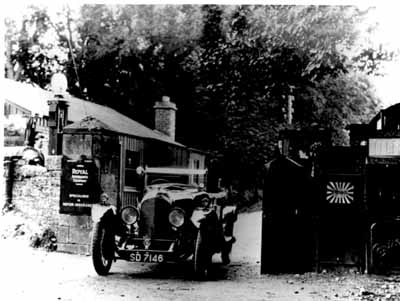 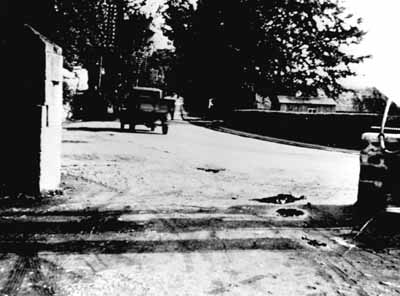 This ferry was no ro-ro vessel but an outsized rowing boat with two heavy timber battens lashed down across the gunwales. The car being shipped rested on these, and was got there by driving gingerly up two narrow and shaky planks of wood and remembering to brake before nosediving into the green water on the seaward side. The ladies snuggled down on the stern bench, well wrapped up with rugs and Frank remained at the wheel of the Ford, holding the footbrake down with dedication. At the south unloading caused no problems, and tips were disbursed to the ferrymen and received with smiles and a grateful rumble of Gaelic thanks; then it was away to Kyle of Lochalsh where a local hotel provided a welcome evening meal and accommodation for that night.

Next morning after a healthy Highland breakfast, petrol was obtained in two gallon tins from a local trader; the tank on the Model T was filled to the brim, and a quick check over revealed nothing amiss; then it was down to the slipway to embark on the motor ferry that would take them over the sea to the Misty Isle. Once aboard, the ladies sat entranced, shedding sentimental tears into handkerchiefs as they hummed the air of the famous song. All that day was spent touring Skye, taking in diverse attractions as black houses and the grandeur of Dunvegan castle, where the fairy flag was enthused over in hushed voices and the dungeons were shuddered at with suitable gravity: Too quickly evening came and time to return to Kyleakin for the ferry to Kyle of Lochalsh and the mainland again. The same hotel welcomed them back for another night’s lodgings, and in the morning the car was filled with petrol once more before setting off at a gentle speed to Dornie, where the ferry crossing there gave them no problems. Then, as they wended their way down Glen Shiel, with the Jacobites on board sharing in trembly voices their collective vision of the bonnie Prince marching through this harsh terrain, the Ford began to misfire badly. Frank thought little of being stranded in this lonely place with three sentimental women, and pulled up without delay to investigate; luckily it was a bridged plug, cleaned up and the engine restarted, the car burbled onwards as happily as ever. Having had only a snack on the move since breakfast, Frank’s passengers insisted on stopping at Invermoriston hotel for a good meal and a lie back in the lounge to ease ill used back muscles. Fed, rested, and back on the road again, they skirted Loch Ness, and hopeful eyes sought Nessie. But on this day Nessie remained shy and the loch looked deserted.

Soon they passed through Lewiston, then Drumnadrochit where the steep and narrow track over Coul na Kirk branched from the main Inverness road to take a direct route to Beauly, Muir of Ord and Conon. Model Ts disliked long and steep hills; this one refused to entertain top gear at all. Frank started the slow climb in the only alternative – bottom gear.

Bottom gear was kept in mesh by continuous pressure by the left foot, which got very tired and jittery as the car ground its way up; if the ladies were apprehensive, not a word did they say, and the summit arrived at last. The last miles of the long jaunt flew past, and soon they were being welcomed back to the Conon Hotel by a delighted Jim Anderson. The excited passengers straight away re-engaged the Ford on the spot, this time for a visit to the north coast. But that’s another story . . . . . . 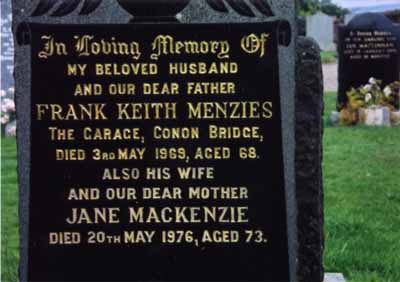