Cpl. John Macvinish Blair, Cameronians, killed in service in Italy in December 1943, was 25 years of age, a native of Maryburgh, and whose wife and young daughter live with Mr and Mrs Robert Ross, Dunglass Farm, Conon. He served his apprenticeship as a grocer with the late Bailie Wm. Mackenzie, High Street, Dingwall, and later gained experience in London, where he was working prior to joining up. Deep sympathy is extended to his wife and child and other relatives.

Marine Commando Finlay Campbell, Royal Navy, killed in action, was the only son of the late Mr David Campbell, Glensanda, Kingairloch, and of Mrs B. Campbell, 15 Lochussie, Conon. Prior to joining up he was a hairdresser with Mr J. R. Urquhart, Dingwall. Aged 26 years, he was well-built physically and a keen sportsman.

Information has been received that Pte. R. Macdonald, The Seaforths, has been wounded while serving with the Central Mediterranean Forces. This is the third time he has been wounded, once in France, and twice in Italy. His wife and son reside at Hill Cottage, Knockfarrel.

Sgt. Hector Ian Macrae, Canadians, wounded, is a son of Mr and Mrs H. A. Macrae, Edmonton, and a grandson of the late Mr Donald Macrae, builder, Maryburgh. Sgt. Macrae enlisted in 1942 and trained in the United States as a parachute jumper. He took part in the Kiska operations in the Aleutians before he crossed to Italy.

Ebenezer S. Sutherland [Photos courtesy of Mrs Patricia Gillanders, Eb's niece.] Pte. Ebenezer S. Sutherland, The Seaforths, reported missing while serving with the Central Mediterranean Force, is a son of Mr and the late Mrs Andrew Sutherland, Caberfeidh Cottage, Maryburgh. Prior to enlisting he was on the staff of Messrs Middleton, Ross & Arnot, solicitors, Dingwall.

Pte. Ebenezer S. Sutherland, The Seaforths, reported missing while serving with the Central Mediterranean Force, is a son of Mr and the late Mrs Andrew Sutherland, Caberfeidh Cottage, Maryburgh. Prior to enlisting he was on the staff of Messrs Middleton, Ross & Arnot, solicitors, Dingwall.

Pte. Ebenezer S. Sutherland, The Seaforths, who was posted missing on 18th January, 1944, while serving with the Central Mediterranean Forces, has arrived at his home, Caberfeidh, Maryburgh, after a very adventurous time. He was taken prisoner at Cassino, but ten days later, while on a train bound for Germany, he contrived to make his escape. For five months he wandered about behind the German lines, sleeping in the hills and being fed by friendly Italians. Eventually he reached the British lines. On his arrival at Maryburgh on Saturday evening last, looking fit and well, he received a great welcome from the Maryburgh people. Prior to enlisting, Pte. Sutherland was employed in the office of Messrs Middleton, Ross & Arnot, solicitors, Dingwall. 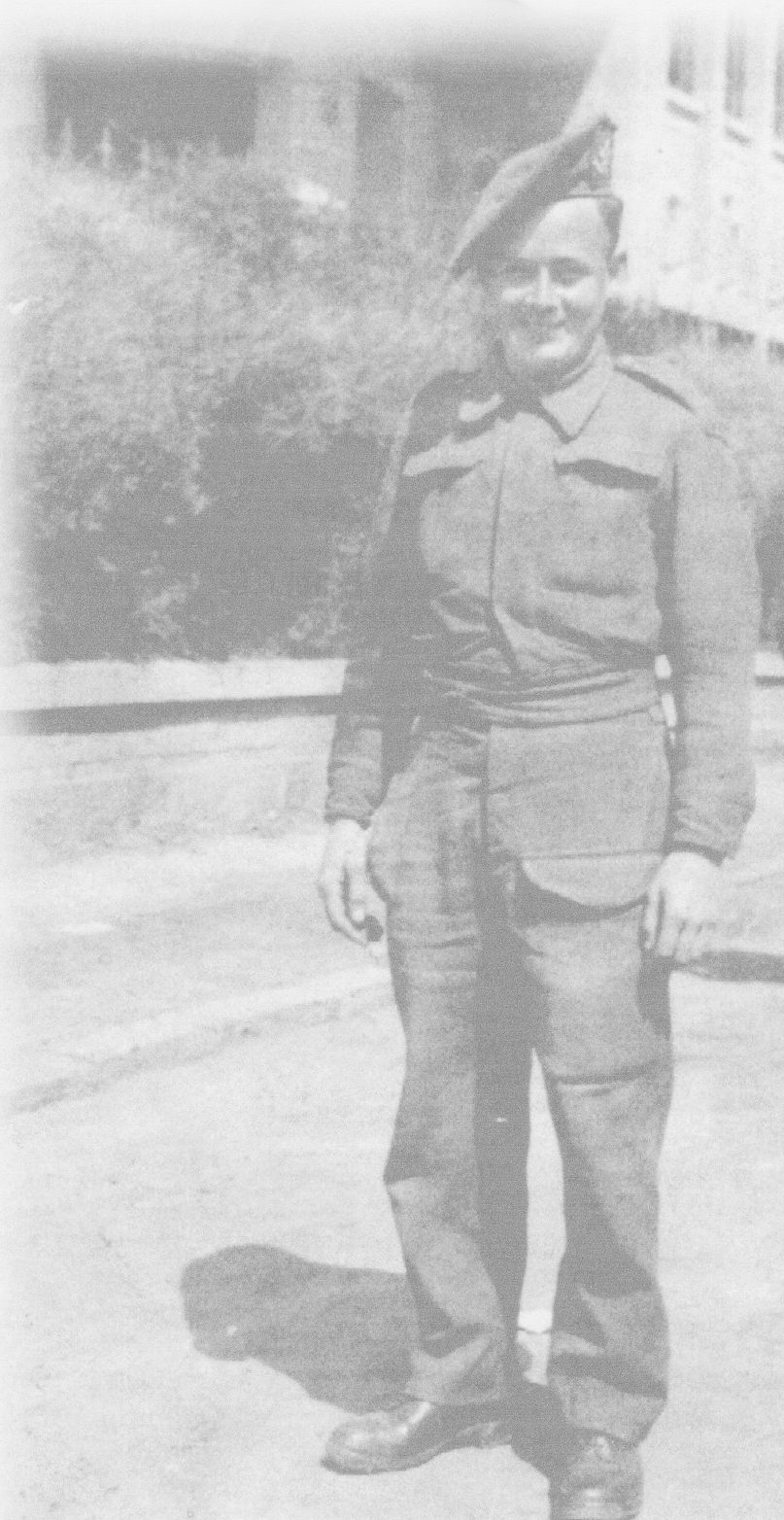 Handwritten notes: “Killed in action. Married and three of a family.”

Cpl. Wm. Thomson, The Seaforths, wounded with the C.M.F., is a son of Mrs Macleod, Lochussie, and of the late Duncan Thomson, Meikleferry, Tain. He was employed at Scotsburn Farm, Kildary, before the war.

Mrs Warner, second daughter of Mr and Mrs Murdoch, Maryburgh, has received intimation that her husband, Petty Officer Jack Warner, is missing. He also was on the Glorious (aircraft carrier).