Maryburgh Amenities Centre (aka "The MAC" or "The Village Hall")

The Maryburgh Amenities Centre was built as the new village hall around 1980. It consists of a large games hall with a stage at one end, a small hall with kitchen facilities, two changing rooms for team sports, and toilet facilities. It has been used for a wide range of activities such as sports and games, concerts, meetings, youth groups, playschool, etc and is supported by funds raised by user groups and the Annual Maryburgh Gala. Currently (2014) a local group is attempting to raise the necessary finance to refurbish this building. 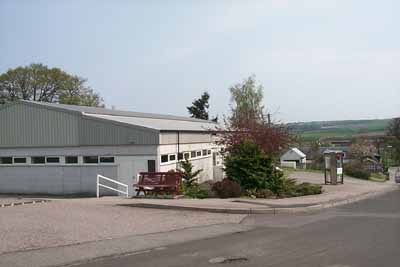 The new £79,000 Maryburgh Amenities Centre opens on Saturday, just over two and a half years since the project was launched.

In that time Maryburgh Amenities Association has overcome several hurdles in completing their ambitious scheme. And a remarkable fund-raising programme enabled them to contribute over £13,000 towards the cost.

When the centre sub-committee was first set up in October 1978, funds stood at just £2,000. By the end of the year a decision had been taken to erect a building based on a “Banbury” modular structure. At that time the estimated cost of the centre was £45,000.

In May 1979, revised plans were given outline planning permission by the Highland Regional Council’s planning committee.

But the amenities association had been experiencing difficulties with Banbury’s Scottish agents, Aidspan Ltd, and in June 1978 it was decided to dispense with their services and continue the project with Banbury, the sub-committee organising and managing all other sub-contractors directly.

At this stage the programme was three months behind schedule and the estimated cost had risen to £60,000. Site clearance work actually commenced at the beginning of March 1980.

Grants towards the cost were received from Highland Regional Council’s leisure and recreation committee (£15,000), roads and transport committee (£5,000), along with ones from the Scottish Education Department (£30,000), Highland Board (£10,000) and Ross and Cromarty District Council (£3,750). The Maryburgh Association’s contribution was £13,539. 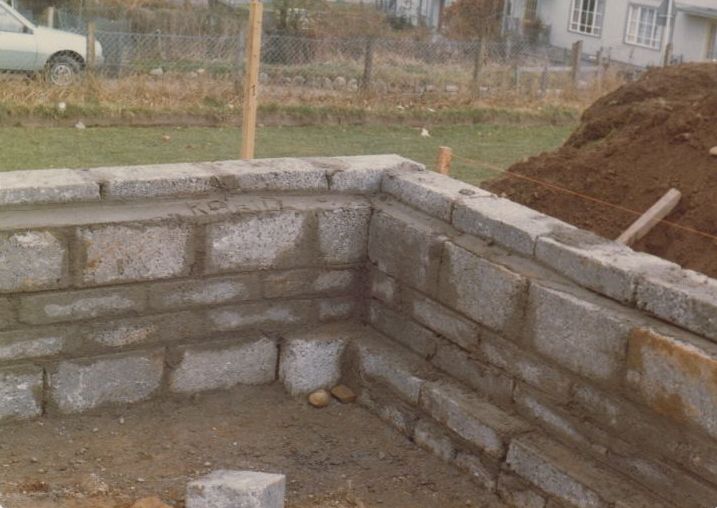 Saturday’s opening was a truly family occasion, and as the crowd gathered for the official ceremony they were entertained by the Strathpeffer Pipe Band, which was making its first public appearance outside its home village since it was formed. One was impressed by the standard of their playing and their bearing as they performed competently under the leadership of Drum Major George Macleod and Pipe Major Hugh Chisholm.

Welcoming everyone to the ceremony, Mr Angus Christie, convener of the Association’s building sub-committee, remarked that the hall was all but complete, the final touches being put to the changing facilities. Outstanding debts amounted to £1,500, but with the support they had received from the public over the past few years, he was sure that their bank overdraft would soon be met. 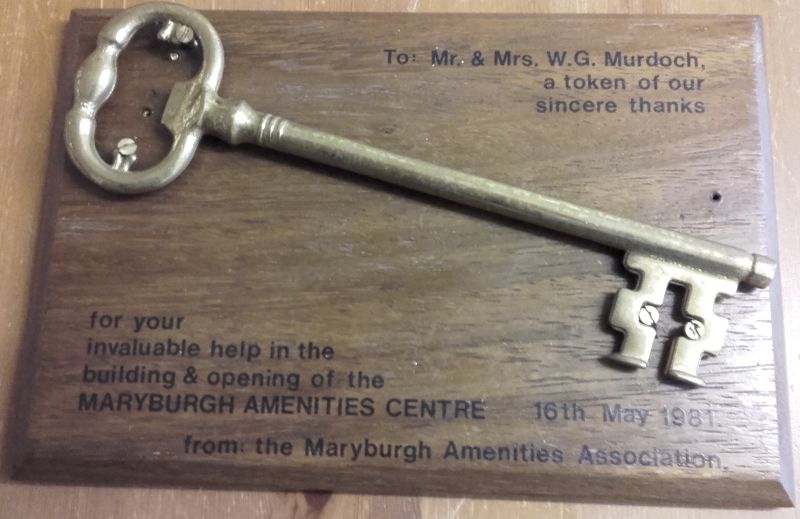 The opening of the Centre marked a significant milestone in the history of the village. In 1970 the future had not seemed too bright, and Maryburgh had been facing major problems, the biggest of which had been the threatened closure of the local school. There appeared lack of interest in village amenities. However, the school had not been closed, and the Association, since 1976 from being a spark of community life, had turned into a small flame and had flared into life. Their first Fete, a half-day function, had raised £500, and last year they had exceeded all expectations when the sum of £2,400 had been ingathered in an extended and more ambitious venture.

The Association had certainly gone a long way in that short period, and it would have been expected that their efforts would meet with universal approval. However, there was a particular minority in the village who had not accepted it and were prepared to knock the establishment. The greatest criticism levelled at them had been the name, “Maryburgh Amenity Centre”, but this had been arrived at after careful thought. Mr Christie said he had been directly involved with the Association over the past ten years, and he hoped their achievements would continue.

In the platform party, Mr Christie said were several people who had assisted in many ways. Among them were two senior local residents, Mr Purse Brodie and Miss Jessie Mackenzie, who had been closely involved in matters affecting the village, not only in the financing of the hall but in helping organise the senior citizens’ outings every year.

Also present wqs the local regional councillor, Mr David Martin, Muir of Ord, who had given invaluable assistance, guiding the Association through the maze of bureaucracy and red tape.

Support for the Association came from quarters outwith the village, and he referred to two bodies in particular, Highlands Fabricators, Nigg, and local employees; and British Aluminium at Invergordon.

The support which encouraged him more than any was the financial and morale support from Mr George Murdoch, a native of Maryburgh, who was now spending his retirement in the village, with his wife (another native), after a distinguished career with Ferranti.

Mr Christie called upon Mr and Mrs Murdoch to formally open the Hall and hand it over to the committee of management.

Mr Murdoch expressed his thanks to the Association for the honour they were doing to his wife and himself. He paid tribute to the work undertaken by Mr Christie and Mr David Boyd, president of the Association, and their members for all they had done; for the technical skills they had displayed; and for their inspiration and leadership – rare qualities nowadays. The village owed them a debt of gratitude. This was the village’s Amenity Centre and Mr Murdoch urged everyone to look after it and enjoy the facilities it provided.

Mrs Murdoch cut the ribbon and the public were afforded entrance and an opportunity to view the Hall.

Children were predominant in the gathering and how right that should be for they will benefit from the facilities provided.

Afterwards a short concert programme was provided by children from Maryburgh School, organised by Mrs Connie Roxburgh, teacher of music, and by local Highland dancers.

The Association hoped that the remaining bank overdraft on the new building will be cleared next month with proceeds from a week-long Gala starting on 21 June.

The next project in the village is improvements to the present playing field facilities. The estimated cost is £10,000 and the Association are to receive a £5,000 grant from the Scottish Sports Council.