This Corn and Meal mill was in operation during the second half of the 18th century. 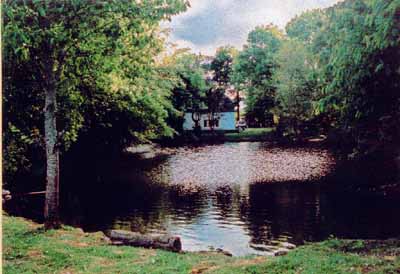 The CARDEN MILL is possibly of the same period as the USSIE MILL but, although the lade can be identified, only the outline ruins of the building foundation can be seen. 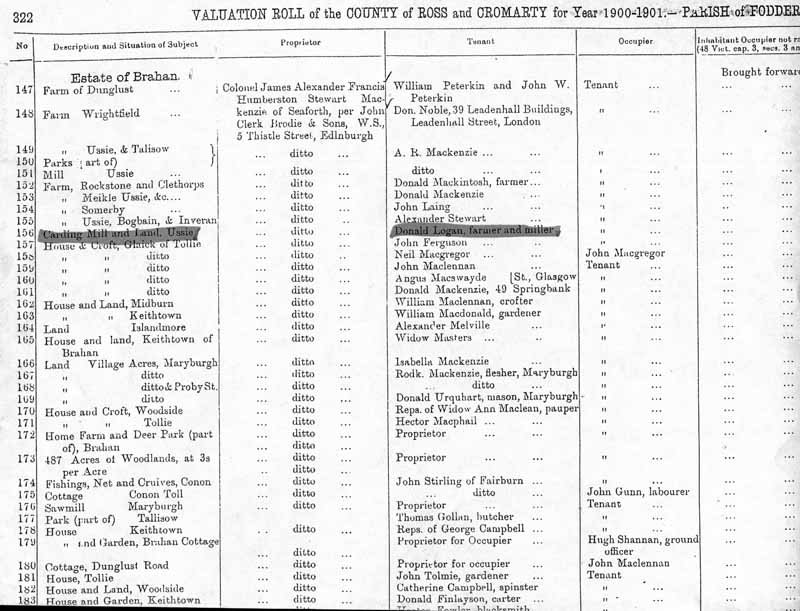 The location of the SNUFF and LINT MILL is shown on an ESTATE MAP dated 1787, but there is no evidence to be seen of its exact location today. 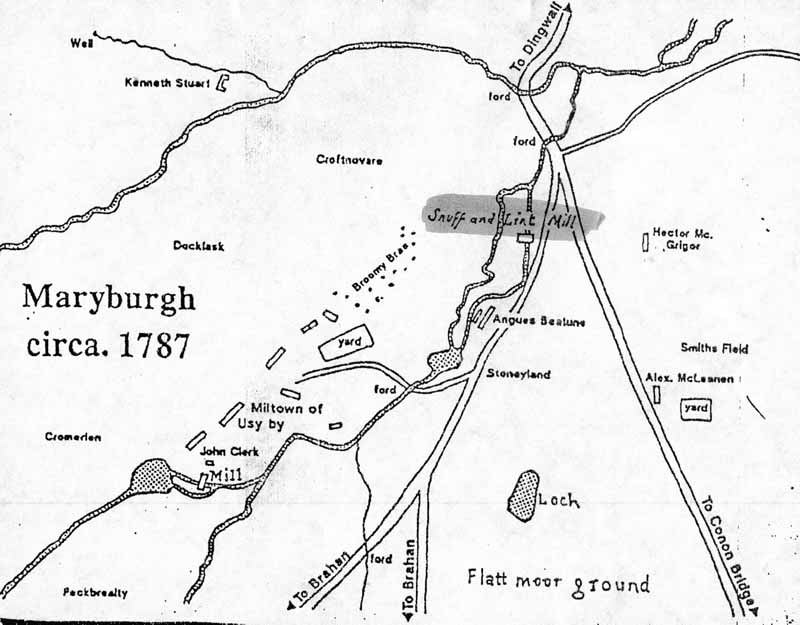 On a later map, dated 1847, a brick and tile works is shown as being in production on a site immediately below the old road bridge at the north-east end of the village and probably continued in operation to a much later date. In fact, the modernisation of some old properties in Maryburgh has revealed the use of MARYBURGH BRICKS. 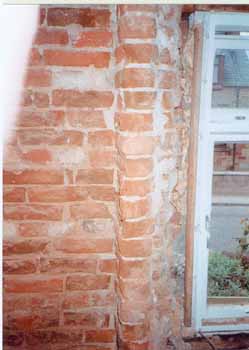