The following is an extract from the history of Ferintosh Church of Scotland 1909-2009:

Roderick Mackenzie was ordained a minister of the Free Church of Scotland in 1868 and his first charge was in Tarbert, Harris, where he remained until 1884 when he became minister of Maryburgh Free Church. Earlier in his life he was a teacher.

Following the Union of 1900 Mr Mackenzie left the Free Church to become minister of the new UF congregation in Maryburgh and continued to serve until early 1909 when he retired to Perthshire at the age of 72 to go into farming with his son.

Prior to his retirement he had the satisfaction of seeing the congregations of Maryburgh and Ferintosh agree to amalgamate, and would have been involved in the planning of church and manse in Conon Bridge.

Newspaper reports of the time reveal Roderick Mackenzie’s part in community activities and his care and compassion for those in need. His congregational responsibilities appear to have accelerated because, in May 1908, he made application to the UF Assembly for a grant from the Aged and Infirm Ministers’ Fund for an assistant. Although a grant of £40 was allowed, there is no further report of an assistant being appointed.

Mr Mackenzie came north to participate in the services and functions connected with the opening of the new church. He was described as being not in his usual health and rather depressed. He became a patient in the Ross Memorial Hospital “in a grave condition from which he never rallied” and died on 23 October, two days after the formal opening of his final charge. 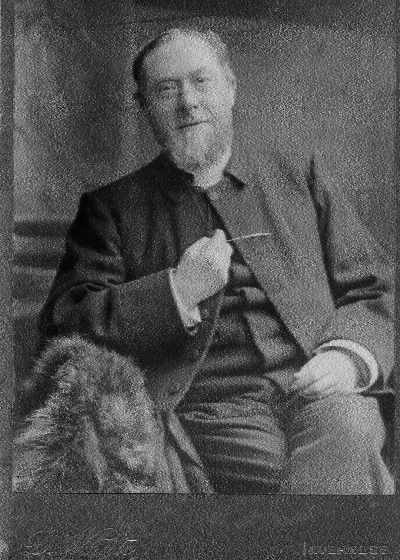 His obituary reveals him to be a man who “devoted himself largely to his congregational duties, taking a constant interest in Presbyterial and other Church work, and particularly in Church politics”. He had “a particular and intelligent interest in educational administration and served on Fodderty School Board”. In manner he was “at times somewhat brusque” but was “kindly-hearted and sympathetic”. As a preacher “his pulpit ministrations were not only forceful and vigorous but well reasoned and logical, although (he) was never perhaps a popular preacher in the wider sense of the term”. Finally, “Those who were in closest touch with him, and knew best the man behind the manner, loved him best …. many who could not agree with his views were ever willing to admire his consistence and his conscientiousness.”

family of the Rev Roderick Mackenzie

Ferintosh Church history having appeared on the church’s website, the minister, Rev Andrew Graham, received an e.mail from Mrs Margaret Bull, of Melbourne, Australia, who is a great-granddaughter of Rev Roderick Mackenzie through his son Hugh, and who supplied a photograph of Roderick in his later years.

Subsequently, Margaret Bull offered the following information on the family of the Rev Roderick Mackenzie.

Although Roderick had seven children, only one, Boyce, was born in Maryburgh, on 3 November 1886. Boyce emigrated to the USA and had one son, Ronald Boyce Mackenzie (1924-1996).

The obituary for Boyce Senior reads as follows:

Boyce Mackenzie was born November 3, 1886, in Maryboro (sic), Scotland, being the youngest son of Rev and Mrs Roderick Mackenzie. He was reared in a Christian home with daily family devotions and early in life learned to love God’s House and all the high principles it stood for. At the age of 24 he emigrated to America and made his home in Illinois until, in 1918, when he joined the American Expeditionary Force, 29th Infantry, spending most of that time in France, near the firing lines. After the signing of the Armistice, he returned to the United States.

In 1921, on May 13, he was united in marriage to Hattie E. Odell, and they immediately made their home in McKinley Township on the farm he had purchased. To this union one son, Ronald Boyce, was born.

Boyce was clean-minded and upright and greatly appreciated good music and literature and often remarked to his family that the Psalms were the most marvellous music ever written and that the language of the Bible was incomparable, and he would read of the Bible to his boy. His one regret was that he didn’t have time to devote to the study and enjoyment of good reading. He especially loved Robert Burns poems.

Although he died in the most intense pain and acute agony, he was conscious to the very last moment that he was on the way to His Heavenly Home.

The Christian heritage that Roderick gave to his family passed down to the next generation. Martin, another son, had one son, Ian, who was born in the Shetland Islands and became a minister of the Church of Scotland, being at one time minister of Stoneyburn Church, Bathgate, West Lothian. He died in 1977 in Lanarkshire. 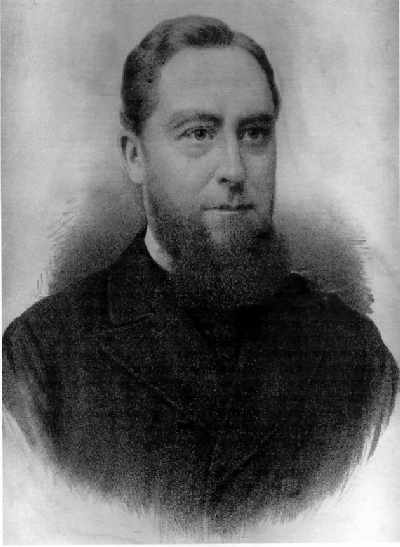 The following article appeared in The Los Angeles Times of Friday 19 April, 1996:

Dr. Ronald Boyce Mackenzie, epidemiologist and sports medicine expert, who was former director of the National Athletic Institute, Centinela Hospital, has died. He was 71. Mackenzie died on Monday of prostate cancer at his Palm Desert home.

Working with athletes in the 1970s, Mackenzie served as a physician to professional golfers and several Southern Californian professional sports teams, including the Dodgers, Kings, Lakers and Rams.

Mackenzie was frequently consulted by legislators and news media about fitness and public health practices and wrote a column for Shape magazine.

A native of Cumberland, Wisconsin, Mackenzie graduated from the US Merchant Marine Academy at Kings Point, NY, and served in the Navy during World War II.

Educated at the University of Wisconsin Medical School, UC Berkely and Yale School of Public Health, he practised medicine initially in Sausalito, California. In the 1960s he went to South America as an epidemiologist. While working with the US Middle America Research Unit, he isolated the Bolivian Haemorrhagic Fever Virus, which he contracted. Bolivia awarded him its highest civilian honour, the Condor of the Andes.

Eternal Father, Strong To Save, was the hymn sung at his funeral service on Saturday, 18 May, 1996, held at Forest Lawn Memorial Park, Church of the Recessional, 1712 South Glendale Avenue, California. This hymn he often listened to while working on his book Voyagers of Destiny.