Report in the Ross-shire Journal of 10 September 1920:

On Saturday (4 September) the elements unfortunately interfered with the unveiling of the War Memorial in Maryburgh. As a result of a strong gale and heavy rain, the preliminary service took place in the Drill Hall. The Rev J G Nicolson, Parish Minister of Strathpeffer, presided and was supported on the platform by Col. Stewart Mackenzie of Seaforth, the Rev J Izatt Johnston, the Rev Norman Campbell, and Mr P W McCallum, Bakerhill, unveiled the Memorial on which were inscribed the names of 19 men from the district who lost their lives during the past War.

Looking east from the Memorial. 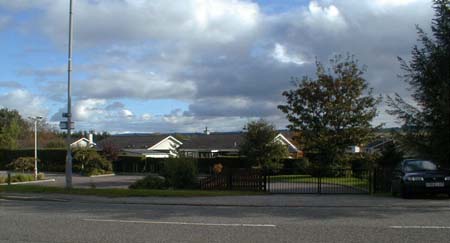 Looking south from the Memorial.

In 2007, Tom Thomas, a local resident, secured funding to enable the stonework of the Memorial to be cleaned and the lettering improved. 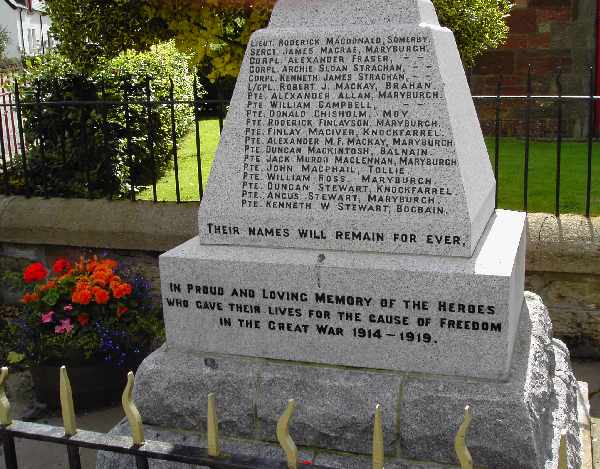 Attribution: Unknown or not recorded

The Memorial cleaned up with lettering improved

In proud and loving memory of the heroes

who gave their lives for the cause of freedom 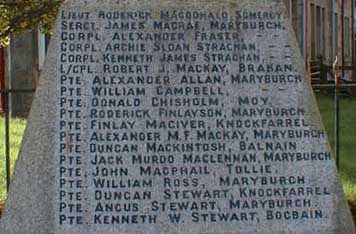 THEIR NAMES WILL REMAIN FOR EVER

To the glorious memory

of those who died 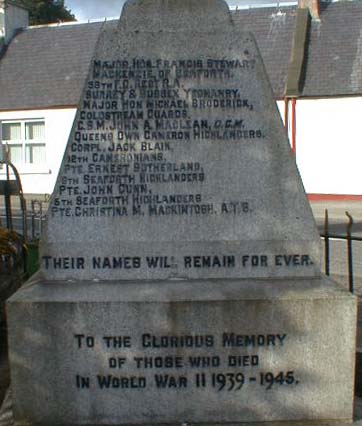 A special community garden was opened on the 20th June 2017 to honour all war dead. This was the idea of Tom Thomas, a member of Maryburgh Community Council, to turn a neglected piece of ground close to the Amenities Centre into a memorial garden. In this Tom had the practical support of volunteers, including Sean Mackenzie, David Robertson, Ian Gray, Carol Harvey, Eilidh Green and Liz Sinclair. Plants and compost were funded by donations from Dingwall and Beauly branches of the Royal British Legion, as well as Santander.

To find out more about the Memorial Garden, its preparation and opening ceremony click on the link:

Click here to view the Opening of the Memorial Garden