Born in 1832, Sir Kenneth Smith Mackenzie, Bart. of Gairloch, became at an early age the head of his branch of the great Mackenzie clan. In early life he seems to have had some intention of following a diplomatic career, having been appointed attache to the British Legation at Washington. He must have early changed his mind, however, as he never joined the Legation, and thus his excellent business talents were secured for the benefit of his highland fellow countrymen.

Though descended from ancestors renowned in the profession of arms, Sir Kenneth elected to follow the pursuits of peace. Still, to be ready to serve his country, if called on, he devoted a considerable portion of his time as an officer in both branches of our auxiliary forces. In 1862 he became a captain in the Highland (Ross-shire) Rifle Militia, which became the third battalion of the Seaforth Highlanders, from which he retired with the rank of major some eighteen years thereafter. In 1867 he embodied a company of Ross-shire Rifle Volunteers on his own estate in Gairloch, and held the command of it for fifteen years. In the performance of his military duties he was distinguished for his thoroughness and mastery of details and for his considerate treatment of men under his command.

It is however, as a County administrator that Sir Kenneth has distinguished himself by his business qualifications and grasp of the many intricate matters relating to County management. On the retirement of the late Seaforth, Sir Kenneth was elected Convenor of Ross-shire, an office which he held till it was practically abolished by the Local government Act 1889. He was then elected Convenor of the new County Council and skilfully and efficiently piloted the Council through its initiatory difficulties. 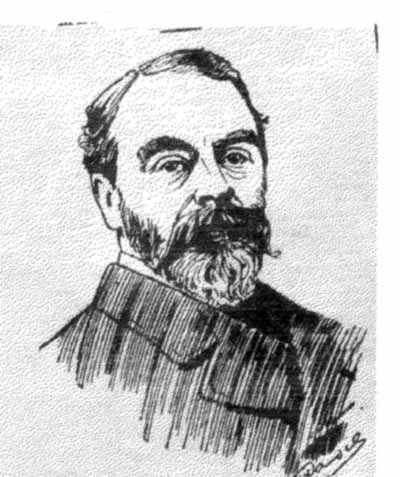 As an agriculturist, he has all his life been in touch with neighbouring farms and farmers’ societies. In his estate management he dealt directly with his tenants, without the intervention of a factor, employing merely a book keeper from Conon and a manager of his lands in Gairloch.

From his earliest years Sir Kenneth has taken a great interest in education, and supported the cause with purse and influence, not only on his own estates but over the whole Highlands. The pretty little old school at Conon, built by his mother, was supported entirely by him and when the new school was erected, he got the old one fitted up as a reading and recreation room for the village. He also contributed largely to the support of a school at Mulbuie.

It has to be mentioned his kindly consideration for the village of Conon as, some years ago, the village was in a rather unsanitary state and at his own expense he introduced a new water supply and system of drainage.

Locally he was president of the Curling club for many years and will always be held in high regard throughout the Highlands.