Prior to 1857 a school would have existed in Maryburgh but its location and standards are obscure.

In 1857 the Minister, the Rev Daniel Ross Munro, convened a meeting of parents, heads of families, and others connected with the Free Church congregation, who were interested in the education of the young, for the purpose of proceeding with the erection of a new school and schoolhouse.

On the understanding that (a) a site would be granted for the purpose at a nominal feu duty and that (b) the Hon Mrs Stewart-MacKenzie would supply the required timber from the Brahan Policies to the value of £100, it was decided to proceed in the expectation that the cost would be defrayed by voluntary subscriptions and by a grant from the Central Education Authority. 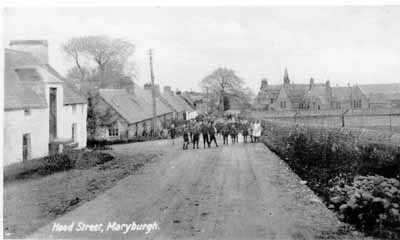 A collection taken at the meeting amounted to £5 and subsequently Mrs Stewart-MacKenzie gave the sum of £65 by way of subscriptions obtained by her.

Mr Joass, Architect, Dingwall, was engaged to design the buildings and submitted an estimate of £566, of which £279 was for the School and £287 for the House. In the event, the lowest offer was submitted by James Brown, Contractor, Dingwall, in a sum of £639:4:6d.

The buildings were ready for occupation on 22nd October 1860 and in anticipation thereof the post of Headmaster had been advertised at a salary of £40 per annum. Mr Arthur Sutherland, from Evanton, was appointed the first teacher and a Committee of Management under the chairmanship of the Rev D R Munro fixed the fees to be charged by the teacher:

Reading, Writing and Arithmetic – 1/6d per quarter
Latin and Greek – 5/- per quarter
The school hours were fixed as 10 am to 4 pm and forenoons only on Saturday.

The head teacher, Mr Sutherland, resigned his post in 1881 and was succeeded by Mr Alexander MacKenzie from Dornie, who remained in post for 37 years.

At the commencement of his teaching it was decided by the Management Committee that Gaelic should be included in the curriculum as the majority of parents spoke that language.

Management of the school by the Free Church continued to 1873 when the Finance Committee of the Church gave powers to arrange the transfer of the property to the School Board of Fodderty under the provisions contained in the EDUCATION (SCOTLAND) ACT of 1872. This transfer was sanctioned at a congregation meeting in June 1873, subject to certain conditions of which the following is one:

The above extract is taken from Issue 68 of Maryburgh Roundabout and is reproduced by permission of the author, Angus S Christie.

On Friday 29 June 2012 the doors of Maryburgh Primary School closed for the last time, the school having been an important feature in the community from 1860 for a total of 152 years.  Please visit the photograph album at the bottom of this page for more photos relating to the primary school. 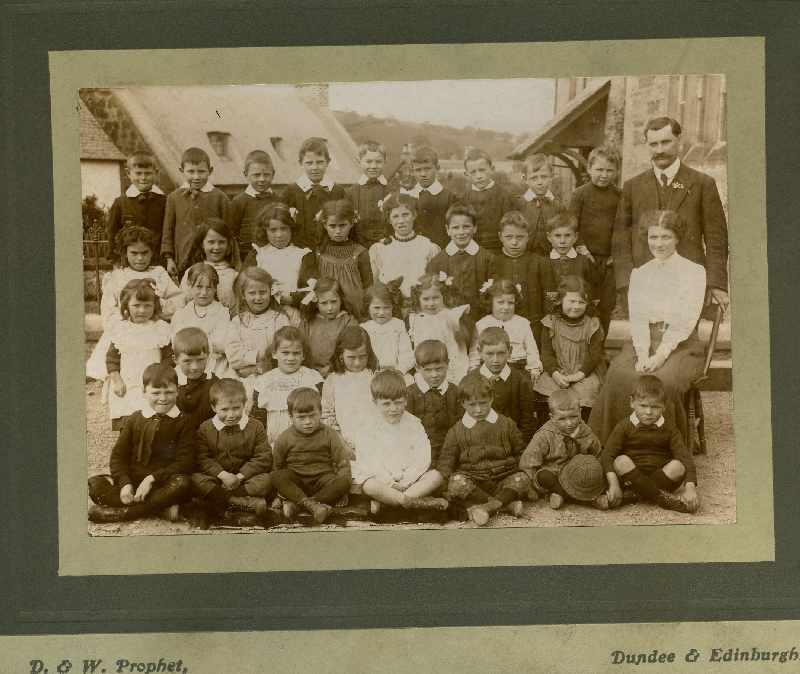 Maryburgh Primary closed in 2012. In September 2013 demolition contractors moved in to remove the “temporary” classrooms adjacent to the main building. 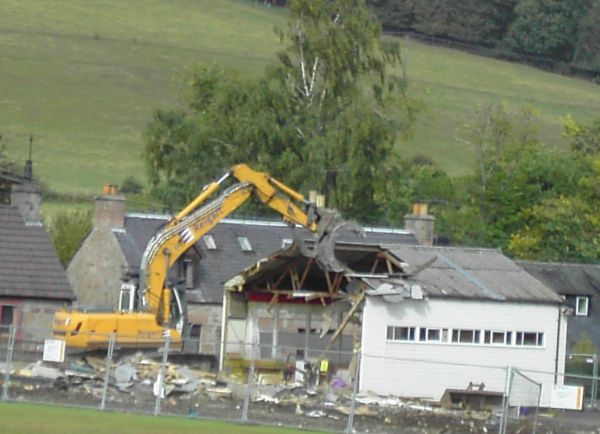 View more photographs of Maryburgh primary through the years

On Friday 29 June 2012 the doors of Maryburgh Primary School closed for the last time, the school having been an important feature in the community from 1860 for a total of 152 years.
Slideshow
View 24 photos