Avoch and Killen WW I page 7 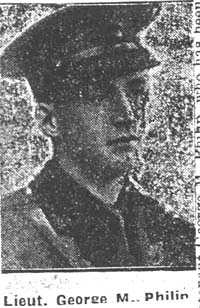 See details of his brother Captain Colin Philip above

Lieutenant George M. Philip, who has been awarded the Military Cross for deeds of bravery in the trenches, is serving in the 12th Northumberland Fusiliers, and is the younger son of the late Rev. Alfred M. Philip, Avoch, and grandson of the late Rev. G. F. J. Philip, New Deer. His elder brother, Captain Colin C. Philip, is a doctor in the 2nd Lowland Field Ambulance at present in Cairo.` 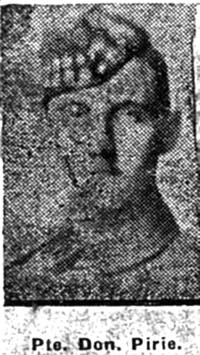 No. 19585 Private Donald Pirie (Donnie), Seaforths, officially reported killed in action on April 18th, was in his 19th year. His photo is reproduced in this week’s issue. Joining the Seaforths in March 1917, he went to France last November, doing duty in the firing line. He took part in the big offensive, and as no news was heard of him, it was feared, as is now confirmed, that he too had fallen among the brave dead. When the war broke out Pte. Pirie was a pupil at the Higher Grade School, Fortrose, and afterwards assisted his father in business, where his bright and kindly manner was appreciated.

His loss is sincerely regretted by his many friends. He is the only son of Mr and Mrs Pirie, The Bakery, Avoch, with whom and with his two young sisters much sympathy is felt. 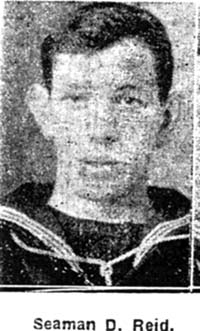 The above is a portrait of Seaman David Reid, R.N.R., whose death we chronicled a week or two ago. He was a native of Avoch, where his people reside at 14 Dock Street. He is the first Avoch R.N.R. whose death we have had to record. 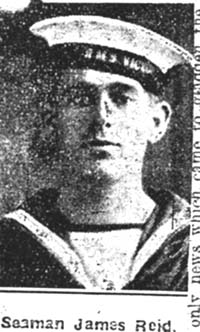 See above for details of his brother David Reid

We also reproduce a portrait of his brother, Seaman James Reid, R.N.R., 5281 A. 17 Company, Royal Naval Division, Gegangenealager, Doeberitz, Deutschland, a prisoner of war in Germany since the Antwerp attack. A letter from him last week states that he is well. Another Avoch lad is with him, Seaman Alex Sutherland, R.N.R., 05531 A. 21 Company. Both lads are in their twentieth year. 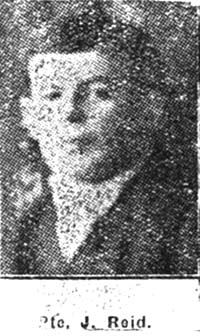 A younger brother 22678 Private John Reid (“Jack”), Gordon Highlanders, has not been heard of since reported wounded, and missing on April 9th. He is in his eighteenth year. Their parents are Mr and Mrs Wm. Reid, 1 Factory Buildings, Avoch.
Photos of the two brothers appear to-day. 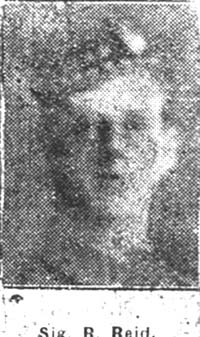 See above for details of his brother John Reid

22986 Signaller Robert Reid, Seaforths, Avoch, who was reported missing on April 9th, has broken the suspense as to his fate by the following post card written on April 25th: “My dear Mother – Just this card to let you know that I am well, and hope this finds you all the same at home. I am shifted again. We got here last night after a long train journey and my leg is going on the best, so do not worry. . . . With best love to all at home”. Signaller Reid went to France on March 1st having joined the Seaforths in June 1917. He used to be an assistant engine driver on the Ross and Cromarty roads. He is in his twentieth year. 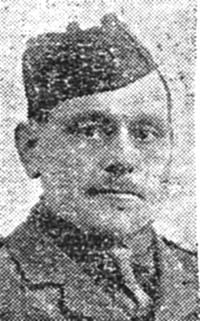 A GALLANT SON OF AVOCH

Reproduced above is a photograph of Lieut. A. Ross, M.M., Highland Light Infantry, who has just retired from the army on half pay. A native of Ross-shire, he is a son of Mr Donald Ross, Factory Cottage, Avoch. He joined the Army as a private and has served in the South African War and the European War. At Beaumont Hamel he was awarded the Military Medal for bravery on the field and received his commission. Subsequently he was wounded but has now recovered and retires after 21years service. He possesses no less than five military decorations.

At present he holds a Government appointment and is resident in Glasgow.