Avoch and Killen WW I page 5 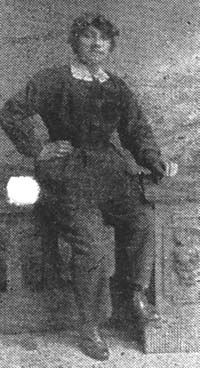 There is reproduced today a photograph of Miss Isabella H Macleman, a niece of Mrs Masson, St James’ Street, Avoch, Ross-shire. Miss Macleman is “doing her bit” for King and Country somewhere in the South of Scotland. Life there is not all mignonette and roses, much as the authorities have done to make better the inherent difficulties of the work. Some of these girls face no little danger day by day, but, observing the rigid precautions, they put danger well behind them with carefulness as their constant ward. The life is not unhealthy. Miss Macleman’s appearance in her workmanlife uniform clearly proves the fact, and the spirits of the girls are well maintained. As they work they know they are speeding the time when “Tommy and Jack” will return full of gratitude to the fair munitioneers and ready and willing to form new hearths and homes. Many girls from the North of Scotland are in the munition factories, and they have earned a uniformly excellent reputation for their native genius and high working capacity. 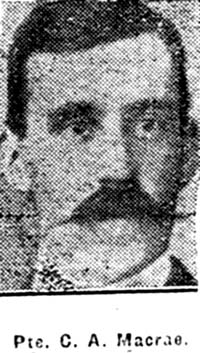 No. 40448 Pte. C. A. Macrae, eldest son of Mr and Mrs Macrae, Muiralehouse, Avoch, joined the 2/4th Seaforth Highlanders, January 1915, and went to France some time later. He was mentioned in Sir D. Haig’s dispatches for distinguished service, and wounded in throat and arm on 20th September 1917. He returned to France and joined the Sutherlands on 29th November 1917. He was wounded by a bullet through the left knee on 11th April. Pte. Macrae is at present in hospital in Birmingham. Before enlistment he was five years in the employment of Mr J. D. Fletcher of Rosehaugh.
A photo appears today.

Corporal Wm. MacStephen, Seaforths, killed in action in France on August 1st, mobilised in August 1914, and went out to France with the county territorial battalion in November. In January 1915 he came home with frost bite, and did not go back till May 1916. He was home again on short leave in January 1917. Prior to enlisting he was a farm servant with Mr Macdonald, Toll, Avoch, and is the only surviving son of the late Mr Wm. MacStephen, Avoch. He was a courageous soldier and greatly respected by his fellow soldiers. For his gallantry on 23rd and 24th April last he was specially congratulated by Major General Harper, commanding the Division.

In a letter to Miss MacStephen, Corporal MacStephen’s sister, his officer writes: “It is with a feeling of the deepest sympathy that I write to inform you of the death in action on August 1st of your brother, Corporal Wm. MacStephen. He was killed by a shell which cost me two more of my N.C.Os just as we were relieving a forward position on our new battle front. It was distinctly hard luck on us all, for we had already come through a heavy barrage, and he was in what he thought was a place of safety when he was hit. I had known him for a long time, both when he was stretcher-bearer and latterly as a corporal. He was a most likeable boy, so unassuming and quiet, but still so willing and ready for any duty that came his way. He was always the same, one never heard him complain or grumble, and one never knew him to lose his temper. His loss will be felt by us all, and I am especially sorry, for he was another of the old, old stalwarts of 1914 to go. It must be especially hard on you too who were expecting him home any day on leave. He was taken back to company headquarters from the advanced position, and buried beside Sgt. Mackenzie there, and a wooden cross put over their graves. The exact position will be notified to you later through the Graves Registration Committee.

Both the platoon and myself join in assuring you all at home of our deepest sympathy with you in your loss.” 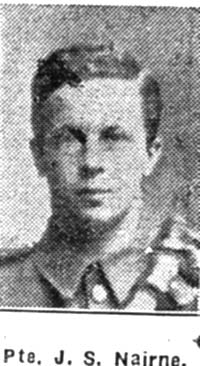 Mr and Mrs James Nairne, Rosehaugh, as reported recently, have been officially notified a few days ago that their son, Pte. John S. Nairne, was dangerously wounded during an advance on the Western Front. For two days and nights he lay in a shell hole before being picked up. So severe were his injuries that on arrival at hospital it was found necessary to amputate both his legs – one above the knee and one below. Two fingers on the right hand were blown off, also a number of other wounds on the right arm and side. He is now in Netley Hospital, and from all accounts is making a favourable recovery. Pte. Nairne, prior to enlisting in the Lovat Scouts about a year ago, was on the staff of the Royal Bank of Scotland, Inverness, where he was held in the greatest esteem by his employers and fellow workmen. He was educated at the Fortrose Academy, and there had a very successful career. After serving some time in the Scouts, he was transferred to the Gordon Highlanders.

Mr and Mrs Nairne, who paid a visit to Netley Hospital to see him, found him bright and cheerful under the circumstances. He told them that he owed his life to his own presence of mind, when lying in the shell hole, to keep his feet up and so prevent loss of blood, and to his wearing a body shield. His pocket book and kilt were riddled with bullets. It is sincerely hoped that he may make a speedy recovery, and although maimed, may yet be able for his former work in civil life.
A photograph appears today. 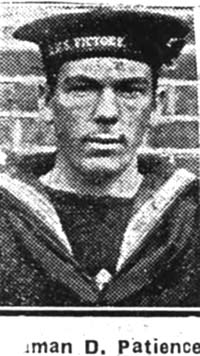 Seaman Daniel Patience is the second son of Mr and Mrs Daniel Patience, 1 Alexander Street, Avoch. He was home on special parole in December 1915. He has a younger brother also in the Navy for over a year, and who was aboard one of the ships in the Jutland attack.

Mrs Patience, 13 High Street, Avoch, has received official information that her husband, 1st Class Petty Officer John Wm. Patience, is missing, believed drowned at sea on December 13th, 1917. During the past two years he did duty abroad one of His Majesty’s vessels. Mrs Patience has had a letter from one of the survivors, but he could not tell her any news of Petty Officer Patience after the disaster and had only known him as a good shipmate aboard. Deceased’s genial nature always ensured him a welcome everywhere. He was so strongly vigorous, just the man to dare and do in a moment of emergency, and would have been so in the fatal extremity when it befell him. Petty Officer Patience was home on leave in January 1917, and had been eagerly anticipating his ship’s arrival in home waters as furlough was again due.

Much sympathy was felt for his widow and for his aged father, Mr Lewis Patience, long resident at James Street, Avoch, but now on Admiralty duties, and also for his brother and sister. Prior to the war he was employed as an engine driver on the estate of Mr Fletcher of Rosehaugh. On taking up his Naval duties he served on a patrol boat for over a year and afterwards underwent special training at Portsmouth, and in February 1916 was promoted 1st Class Petty Officer. A very intelligent reader, while at Avoch he spent many of his leisure hours cultivating flowers around his little cottage. He was in his 37th year. A photograph appears today 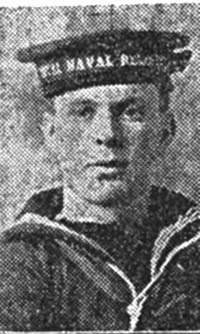 Reproduced today is a photograph of Seaman Roderick Patience, R.N.R., Avoch, whose death, as we reported in a previous issue, took place as a result of pneumonia on 4th January. Deceased left Invergordon a few days previous in the HMS Tugboat Dromedary, and was proceeding to Portsmouth as her chief stoker when he became ill on New Year’s Day. He was taken to Dane’s Hospital, South Shields, where, before his widowed mother arrived, he succumbed. Leading Seaman Patience, who was in his 28th year, resided with his mother at 12 George Street, Avoch. Possessed of a kind and cheerful disposition, he was very popular in the village. He mobilised in August 1914, and shortly afterwards was drafted to China. For three years and eight months he remained on duty in Eastern waters, and afterwards served in the Persian Gulf. When he was demobilised last year he went to work in the Dockyard at Invergordon.

A 4925 Seaman Wm. Patience, R.N.R., aged 24 years, who has recently received the Meritorious Service Medal for devotion to duty when mine-laying in the North Sea, during July 1st and November 11th 1918, while serving aboard the HMS Ferret. Seaman Patience was called in up August 1914, and was on duty till February 1919. He is at present residing at Grimsby, having been married there last July.