There are 549 graves with head/flat stones.The inscriptions give a history of the people of Avoch Parish: James Fletcher of Rosehaugh, Sir Alexander Mackenzie (explorer of Canada after whom the Mackenzie River is named), ministers, headmasters, farmers, tradesmen – but most of all the fishing community. The oldest gravestone is a flat stone placed by a Donald Jack (fisherman) in memory of his spouse Bessy Main who died sometime in harvest 1733 aged 42 years.

Many stones tell of drownings at sea, giving us a picture of the hardships faced by fishing families. Ann Jack lost her sons Donald aged 20, Alexander aged 17, 18th March 1872 and just one year earlier she lost her husband William and son George aged 21. The last two drowned along with 12 others on 14th. June 1871 just off the beach at Avoch – known locally as The Drowning.(There were 6 funerals on the Thursday and 8 funerals on the Friday and 5 were mothers with 19 children between them.) 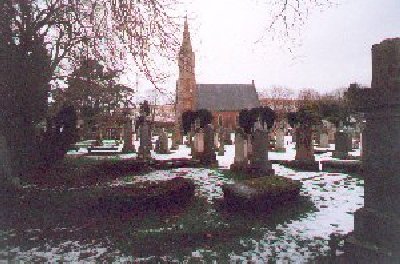 Situated on the top of Gallow Hill, overlooking the Firth, a new burial ground was opened in1925 and supplemented in 1940. In 2000 it was extended to a third phase. Access is by way of a very steep road now named Cemetery Brae. 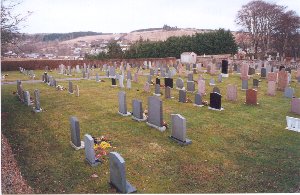 This is the overgrown site of a magnificent burial enclosure in the grounds of the Rosehaugh Estate. It was commissioned by the widow of J. D. Fletcher – a local benefactor – from the eminent Sir Edwin Lutyens (whose memorials include the Cenotaph in London). Photographs of the original splendour of the area may be found in “Rosehaugh, A House Of Its Time” published by The Avoch Heritage Association. For further details 01381 620587

The famous explorer was born in Stornaway but ended his days in the village at Avoch house – now known as ‘The Burnt House’ after a fire badly damaged it in 1833. Because of his immense achievements in Canada (the Mackenzie River is named after him) many Canadians visit the site and provide funds to aid its upkeep. 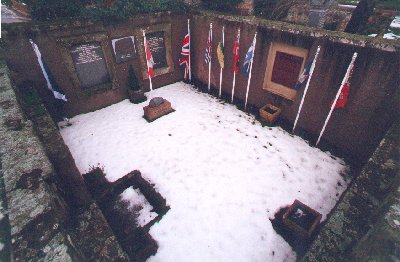 The Re-furbishment of the grave of Sir Alexander Mackenzie

For many years the grave of Sir Alexander Mackenzie was tended by Gregor Mackintosh but when he became less able to cope the area became somewhat neglected. Towards the end of 2002 the Avoch Heritage Association with the help of the Black Isle Partnership decided to refurbish the site. The Canadian High Commission donated Canadian flags and Gregor donated a new Union Flag. The area was covered with a weedproof membrane and stone chips and the walls were re-painted. On the 16th April 2003 there was a brief ceremony to mark the refurbishment. 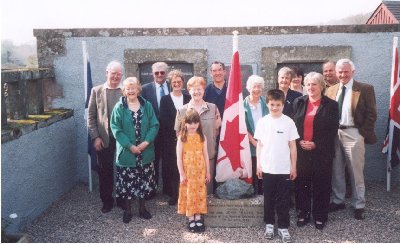