Avoch and Killen WW I page 4 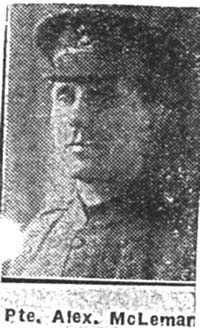 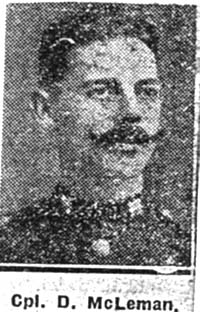 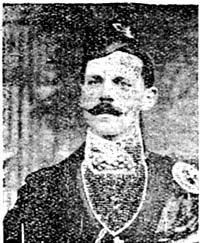 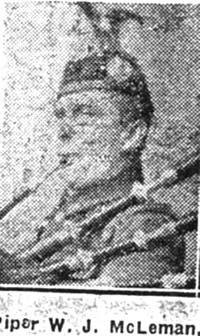 Further information on Corporal David B Macleman, including photograph, is taken from the Ross-shire Journal of 16 August 2019, courtesy of the Editor.

While researching the war memorial in Avoch Church, Patrick Anderson noticed that Corporal David Bain Macleman, Scots Guards, was listed on the Commonwealth War Graves Commission list but not on the Scottish National War Memorial at Edinburgh Castle.

Mr Anderson discovered that David was born on 6 June 1887, in Avoch, his parents being Alexander and Catherine Macleman. He joined the 1st Battalion Scots Guards and was in Egypt in 1911. He later worked as a River Tweed water bailiff before joining the Northumberland County Constabulary in 1914, aged 26. Around that time he married Elizabeth Miller from Galashiels, using the spelling “Maclennan” in his marriage certificate.

Recalled to his battalion in August 1914, he served as a Corporal until he was killed on 14 September 1914. He has no known grave and his service record did not survive either due to World War II enemy bombing of London or to weeding of files over the years, although his name is included on a Northumberland Constabulary memorial which has the dedication: “In memory of the following comrades who gave their lives for King and Country in the Great War, 1914-1918.”

Mr Anderson received a communication from Lt-Colonel Roger Binks, keeper of the Rolls at the Scottish National War Memorial, to the effect that “… the casualty Guardsman 6657 David Bain Maclennan, 1st Battalion Scots Guards, will be added to the roll of honour at the castle with his birthplace shown as Avoch, and will use his birth spelling of Macleman on the roll of honour.”

Mr Anderson commented: “I am so pleased that the Scottish National War Memorial has accepted him as a casualty of the Great War of 1914-1918 and he is in from the cold and now recorded with his colleagues who fell in the war to end all wars.”

The Ross-shire Journal published the following details in 1915

The above is a portrait of 1914 Piper Kenneth Maclennan, 1/7th Highland Light Infantry, son of Mrs Maclennan, late of Pitfour, now at View Vale Cottage, Burnfarm, Avoch, and grandson of the late Mr Maclennan, farmer Rhives, who has been recommended for the DCM for conspicuous bravery during an advance on a Turkish position at the Dardanelles.

Previous to the war Piper Maclennan, who is a married man, his wife being Lizzy, second daughter of Mr Grant, late manager of Avoch Tweed Mills, was employed as manager with Macorley, wine and spirit merchant, Jamaica Street, Glasgow. His many friends, both in Avoch and Glasgow, will be pleased to hear of the honour conferred on him.

In connection with this, it may be mentioned that his younger brother, “Ben”, was killed at the battle of the Aisne. He was with the Scots Guards. Another brother, Alexander, has joined the Winnipeg Grenadier Guards in Canada.