Located on the Novar Estate, 5 miles (8km) north-west of Evanton and 4 miles (6km) south-west of Ardross, the Novar Windfarm covers an area of 300ha (742 acres) on the slopes to the north of Glen Glass in Easter Ross.

The windfarm cost £16 million to construct and began generation in 1997.

The windfarm comprises 34 turbines each 35m (115 feet) in height and capable of generating 500kw of power, i.e. a total capacity of 17mw.

An extension to the windfarm was given Planning Approval in 2006 and is presently under construction.

The additional turbines will have a maximum power output of 2mw and with a combined maximum of 32mw this will give a total capacity at Novar of 49mw. 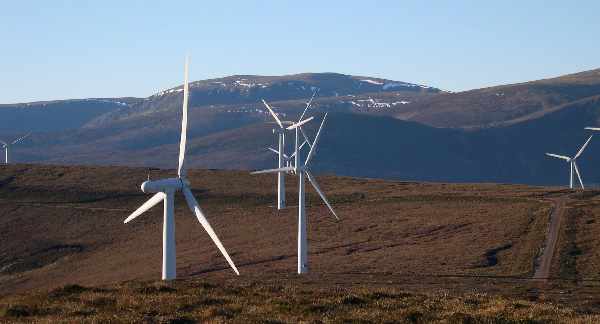