At the end of the Second World War arable farms in Easter Ross still worked horses to harrow, ridge, rake and cart hay, sheaves, and, in winter, feed straw, turnips and swedes to livestock, often using a cutter cart. Grass was cut for hay, gathered, coled (small stacks) in the field, turned and, when dry, carted to hay stacks; grain was cut and tied into sheaves by binder, stooked (approx. 6 pairs of sheaves placed at 45 degrees to one another) and then carted to round stacks thatched with wheat straw; potatoes were planted by hand in ridges, harvested by spinner, collected in baskets and unloaded onto long clamps (stores) at the side of the field, which were then protected from frost by covering with wheat straw and soil, later to be sized and dressed alongside, filled into cwt. sacks and carted to straw-lined, covered railway wagons at local sidings at Delny, Kildary, Nigg Station and Fearn. Horses were gradually being replaced by the little grey Ferguson, still to be seen working fifty years later on crofts in the west and islands, or lovingly restored by enthusiasts for display at antique motor shows. Heavier, more powerful, Fordson, David Brown and Case tractors were taking over from horses most of the ploughing and heavy work. 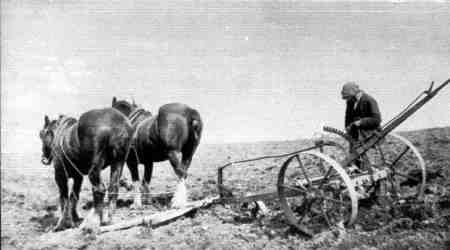 A typical low ground farm squad would consist of a grieve (manager), foreman, 4 ploughmen, 3 labourers, a cattleman and shepherd, each with a loon (young boy) to help, a gardener and a dairymaid/henwife. In addition to the regular farm squad, women, with numbers of children in the tattie holidays, worked casually at turnip hoeing and weeding, potato lifting and dressing the seed potatoes for which Easter Ross was famous. Most skilled workers occupied rent-free cottages, with single men living together in a bothy. Truly farming was labour intensive and the main employment of the region.

Even on the higher and hill ground there would still be a farm squad of five or six, with important social occasions when neighbours came to help with sheep gathering, dipping and clipping and, in the autumn when ‘Mad Mollie’, the travelling mill, visited to thresh the oats. 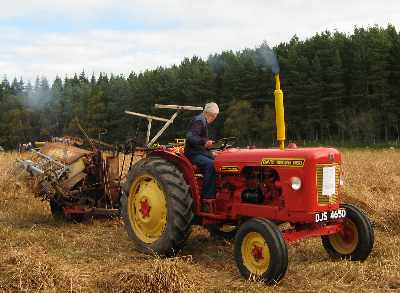 How days have changed: now the average arable farm is worked by the farmer and his family with, at the most, one or two employees. Much of the work is done by contracted labour. Grass is cut and made into silage in either clamp or large round bales wrapped in plastic, while grain is handled by vast combine harvesters rumbling up and down, unloading grain into tractor-towed trailers alongside and leaving rows of straw to be lifted and rolled into 4-cwt. round bales. Yellow fields of oilseed rape strain the eyes when in full flower. The potato crop is sown and harvested by machine and carted into ventilated and insulated sheds for dressing and despatch by lorry. Many of the farm cottages have been modernised and let to non-agricultural tenants. There is additional employment in the towns for skilled workers to service and maintain tractors, balers, combine- and potato-harvesters and other equipment that has replaced the farm worker. Farriers now service the numerous riding ponies that have replaced the heavy draft horses. Sadly, wild life has suffered from modern ways and, in particular, through earlier grass cutting, so that coveys of partridges, peewits and skylarks become rare, with only wild and rearer pheasants holding their own. Diversity of species has sadly reduced in the modern mechanised era. 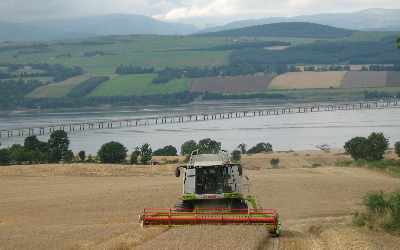 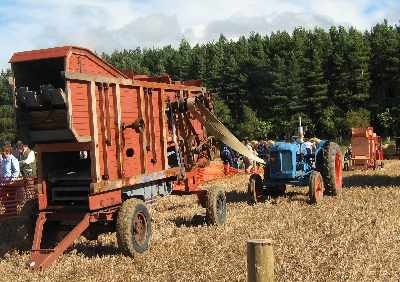 Read more about agriculture before the 1950s