Before the 17th century, many Highland communities were almost entirely self-sufficient, living in townships or clachans in many a remote glen. Compact clusters of stone and turf houses and outbuildings with roofs thatched with heather or rushes. The clachan would consist of an arable area, close to the dwelling area, which would be cropped every year and an area further out which would be used for a mixture of arable, grazing and fallow. Further out would be common land used for grazing. The community grew oats, bere-barley, and latterly potatoes with runrigs of varying lengths, being allocated by the tacksman according to the family’s ability and needs. Such allocation would set the rent. It was subsistence farming producing little monetary return, with horses, cattle and butter being the main exports.

Up to 150-200 years ago, many glens in the County were occupied by some hundreds of people. The system worked to the extent that it generally fed the population, and sometimes produced a surplus for sale/export however there were bad years when lack of food hurt these communities badly. Wester Ross was susceptible to crisis years with meal being imported from the east to prevent starvation. 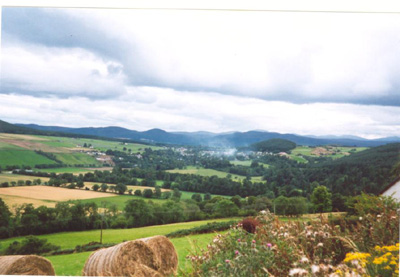 Much of the County, particularly, Wester Ross was a pastoral economy, primarily based on cattle. They had sheep, but these were the native stock often from the Scottish Borders. Though remote and very difficult to access by land the Wester Ross economy was linked closely with markets elsewhere. Dairy products were made during the summer, when the womenfolk and younger children would tend the animals up the hill at their temporary shieling sites. Some of this produce was taken for sale at the larger settlements to the east. The glens of Western Highlands offered some of the best cattle grazing anywhere and cattle were often herded some distance in the summer (as from Coigach about 30 miles to the Fannichs, a range of hills east of the head of Loch Broom). For centuries, cattle had been sold, a few head at a time from individual small tenants, at fairs and markets. From about 1820 huge trysts or cattle markets began to occur on land a little north of Beauly, then later on a better site a little further north, just south of Tarradale. Because of these trade links, rents in the pastoral west of the County were mostly paid in money.

In the more arable areas of Eater Ross and the Black Isle, rents were paid as grain which was collected and stored locally before being shipped to Leith. Evidence of this trade remains on the east coast in the form of small harbours and Girnals such as at Portmahomack and the Storehouse of Foulis near Evanton. In 1836, farmers on the Black Isle instituted an annual show of their animals at the Cathedral Green in Fortrose which continues today as the Black Isle Show in its own designated show ground in Muir of Ord.

While the traditional clan system remained, the people would have felt secure about their homes and their land under the protection of a benevolent chief. However, well before the 1800s, many chiefs had lost the bond with their clan folk, they began to seek out new opportunities for wealth and power, and the old protection and security, built on honour and convention, was weakened. The mass of the rural population became vulnerable to the whim of their chief and of the new proprietors, who followed, especially after the Union of Scotland & England in 1707: land was bought as an investment and a symbol of power and status. The small tenant farmers had no legal answer to a landlord who wished to have them removed.

In coastal areas, such as Wester Ross, crofters were encouraged to take up commercial fishing, and kelping. Ullapool was built in the 1780s/90s on land purchased from Cromartie estate by the British Fishing Society. The aim was to develop a focus for employment and thus to reduce the push towards emigration. The project failed as the herring deserted the local waters and by 1850, the buildings and infrastructure of Ullapool were deteriorating. In many cases people were moved from their long-established townships onto poor quality land on the margins of the moors. There, they moved stones, and slowly raised the fertility of the available soil. For their efforts, they were required to pay increased rent, or, as at Drynie Park on the Black Isle, were moved again to allow amalgamations for larger units after the marginal land had been improved by the crofters.

In the beautiful strath of the Peffrey, between Strathpeffer and Dingwall, tenants were moved by Cromartie estate from the level strath bottom onto the moor edge.  Later, in the 1840s, the estate drained land on the southern slopes of Knockfarrell, above Loch Ussie, intending the land to be let as a large farm. However, the market was weak and the only viable interest was from tenants, who had been forcibly removed from Strathconon, took on the land in crofts of 6-20 acres and proved to be successful farmers. 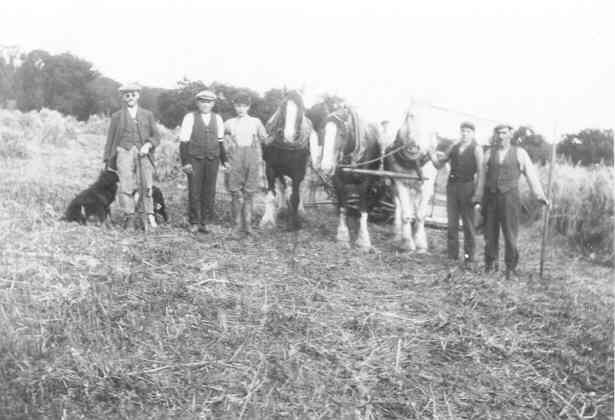