In May 2016 it was announced that the Cromarty ferry was being restored after a year of non-operating due to berthing problems.

Highland Council awarded the contract to Highland Ferries which will operate the crossing from June to September using a ferry able to carry three cars and 12 passengers on a half-hourly service each day.

The ferry forms part of the National Cycle Network Route 1 from Dover to Orkney and is expected to become part of the North Coast 500 route around the Highlands.

The Lochaber-based company is scheduled to take over from the Cromarty Ferry Company which operated the route from 2002 to 2015 when the service ceased owing to its normal berth in the harbour being condemned as unfit for use.

Highland Ferries expect to bring in a new vessel following recruitment of a crew and completion of purchase and certification procedures.

In 2016 the new vessel began to operate. It is the Renfrew Rose which was built by MacCrindle Shipbuilding Ltd, Ardrossan, in 1984 and is licensed to carry three vehicles and 12 passengers. 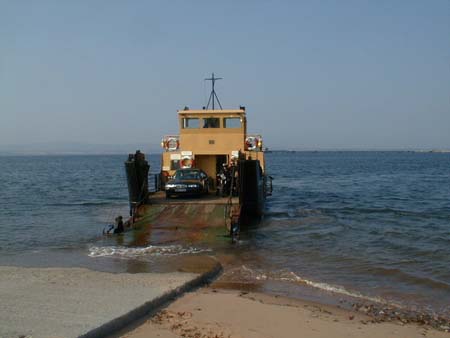 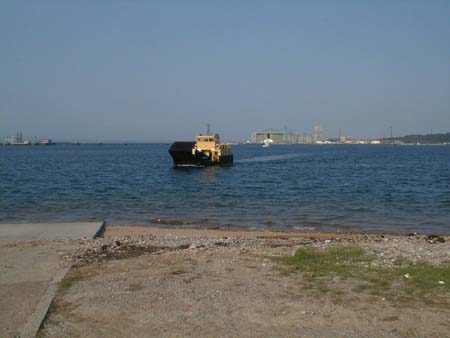 Lady Bignold of Lochrosque, at Cromarty, cutting the first sod of the Dingwall to Cromarty Light railway line on 13 February 1914.

The route was to run from Conon to Cromarty.

The line was partially constructed with 6 miles of track being laid from Cromarty, but financial restraints due to the First World War did not allow the extension to proceed. The track was eventually lifted in 1920. 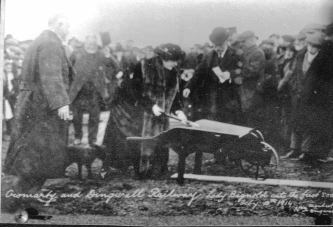