Resting place of a hero of the sea

Ongoing research at Cromarty’s East Church, as part of the major restoration of the building now under way, has revealed that the hero of a famed nineteenth-century rescue at sea lies buried in the kirkyard.

The gravestone of coastguard officer Lt John Thomson, close to the west door of the church, records that he had served in the East India Company as fourth officer in their ship Kent “when burnt in the Bay of Biscay on which occasion he was instrumental in saving many lives”.

This brief epitaph does not reveal the extent of his remarkable courage.

On March 1, 1825, the Kent, bound for India with over 600 on board, caught fire in a force 10 gale. As the crew and passengers waited for almost certain death when the fire reached the ship’s magazine, 19-year-old Thomson sent a sailor to the masthead from where, against all odds, a ship was sighted. This came to the aid of the sinking Kent but the crew were faced with the almost impossible task of transferring 600 people from one vessel to another in mountainous seas. 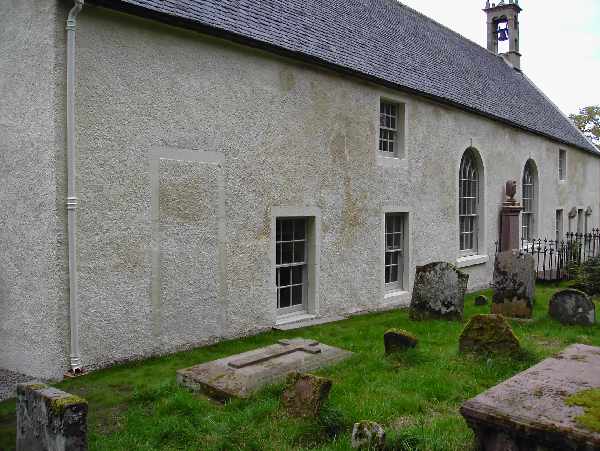 Thomson was placed in command of a cutter which took most of the women and children to safety – a feat which required seamanship of the highest order. One woman gave birth two hours after stepping aboard the rescue vessel.

Thomson’s cutter made a further six crossings between the ships during the following nine hours, saving many but also witnessing harrowing scenes.

One sailor escaping from the Kent tied three children to him but two were dead before he could be pulled into the boat.

Thomson did not leave the Kent until after midnight, driven away by flames erupting from the ship. Two hours later the magazine exploded and the ship sank. However, in all, 547 were saved.

The loss of the Kent and the courage of those involved inspired a number of artists, and Charles Dickens later described it as an event which had “roused the whole country”. Unfortunately, the incident also inspired verses by Scotland’s worst poet, William McGonagall.

John Thomson continued in the East India Company before joining the coastguard, serving in Wells, Peterhead and, finally, Cromarty, where he died in 1870 aged 64.

There is a further twist to the tale. Thomson was the youngest son of the Rev John Thomson, an artist and minister at Duddingston, Edinburgh, who was married twice. He and his second wife had, between them, fourteen children. She would, so the tradition has it, sometimes introduce them by saying, “These are my children; these are John’s children; and these are our children.” At this point her husband would insist, “No – they’re all Jock Tamson’s bairns” – and this is said to be the origin of that Scots phrase which declares that we are all, under the skin, brothers and sisters.

While this may well not be true, Thomson’s outstanding courage is indisputable and, in the corner of Cromarty kirkyard there lies, long-forgotten, one of the bravest of “Jock Tamson’s bairns”.

The inscription reads:
“Sacred to the memory of John Thomson, inspecting chief officer in H.M. coast guard, Cromarty Division, formerly chief officer in the maritime service of the Hon. East India Coy., and fourth officer in their ship Kent when burnt in the bay of Biscay, on which occasion he was instrumental in saving many lives. Died 4th May 1870 aged 64.”