The Old Red Sandstone creature, which he discovered and so painstakingly reconstructed, as he said, `plate by plate’ as a child sets up its map or dissected picture, `bit by bit’, has mutated into a sculpture in dazzling white Portland stone.

The sculpture sits in the window of Hugh Miller’s Cottage, his birthplace in Church Street, Cromarty. Carved by artist and amateur geologist Nicholas Kidd, it was specially commissioned for the anniversary by the Cottage’s custodians, the National Trust for Scotland.

Meanwhile the Cromarty Courthouse Museum next door commissioned from Bary Grove a replica of the elegant stone eagle Miller probably carved himself as a showpiece for his workshop.

Another commission for the Cottage was the head of Miller (1802-1856) on a solid silver commemorative medallion, an exquisite work by goldsmith Robert Crerar.

A fine new biography was published of Miller’s wife, Lydia, by Black Isle writer Elizabeth Sutherland. Much of Scotland’s superb Miller exhibition was later transferred to Groam House Museum, Rosemarkie, where it is still on show.

The cottage opened a reading room for visitors, and welcomed a new generation of Cromarty Primary children, exploring the man’s home, seeing and re-enacting how folk lived in the early 1800s, and in the wild garden, how they used wild plants and flowers.
Of all the lasting benefits likely to come out of this anniversary year, the greatest is likely to be the children’s excited discovery of the town’s `local hero’, and their stunning miraculous performance of their opera `Hugh Who?’ 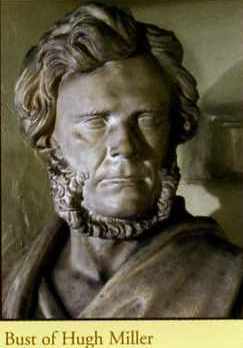 Beginning as a dream in the mind of Cromarty Arts Society’s Jenny Gunn `Hugh Who?’ ended up as a £30,000 grant-aided professional production with a cast of over 100, aged four to twelve, whirling round the Victoria Hall (October 4 and 5). The production subsequently featured in a BBC2 Scotland Artworks programme.

It was `magicked’ into existence by Glasgow-based theatre company GMG Productions, specialists in educational projects, but who had never attempted anything so ambitious before as working with an entire school. Congratulations and thanks again to David Munro, Julie Gilchrist, Elena Goodman, Ross Stenhouse and their team.

Every adult in the town cheered, whistled, and in many cases, tried not very successfully to hold back tears. The show united the whole community in surprise and joy, surprise in the quality of the children’s performance and the show itself, joy in discovering so much new potential. The whole experience brought many children and their parents much closer together. And now they all know who Hugh was, too.

A mini-festival could be the best way to picture the Victorian Street Fair (May 11), which launched the whole year’s events, and first brought the community together, as well as hundreds of visitors on a day so unusually fine it seemed blessed from heaven.

Co-ordinated by Susan Christie, just about every organisation in the community manned stalls from one end of Church Street to the other, their supporters decked out in top hats, bonnets, shawls and long dresses.

A procession was led by 15-year old piper Angus Binnie to the new air `Hugh Miller of Cromarty’. The fair was opened by Miller’s resplendent great great granddaughter Bright Gordon. A celebratory ale, `Hugh’s brew’ from the Black Isle Brewery, displays of falconry, wild strains of music, and many more jollifications were such as would have been recognised by the throngs at Cromarty’s market-days and craft pageants of old. 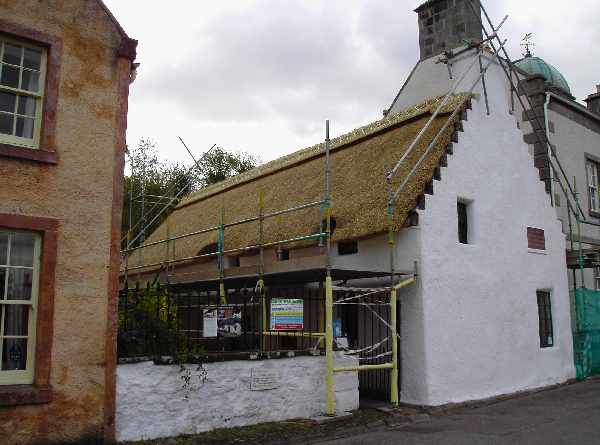 The Camera Club went in search of Miller’s adventures, and came back with striking images of rock faces and outcrops, kirk yards and vaults, a green lady, fossils galore. The Boat Club staged a regatta, the Parent- Teachers a fireworks finale, and the East Church, a flower festival of gorgeous sprays in every window.

The big artwork which transported us from the time of Highland Clearances pain into a future of renewed intercontinental links was the Emigration Stone on The Links, carved mostly on site by the celebrated architect and stonecutter Richard Kindersley on a commission from Cromarty Arts Trust.

The stone is a massive tribute in Caithness flag from Spittal quarry, over four metres high and more than a tonne weight, to the thousands of emigrants who departed Cromarty for the New World on scores of ships during the 1830s. Many of the ships are named on the margins, and in the middle is an eloquent passage by Miller describing the leaving of one, the Cleopatra.

The unveiling of the stone took place on Miller’s actual birthday (October 10) and that was only one of the rich, multilayered significances of the event. A new standing stone had been erected, raising echoes of the Pictish forbears. Dr Margaret Mackay, director of The Scottish School of Studies archive, who performed the ceremony, `felt tremendous pride. affection and humility’ for what her ancestors, who sailed on the Cleopatra, went through. It was a monument also to Miller the itinerant stonemason, the eyewitness reporter and the geologist.

We processed straight from the Stone to the East Church for a moving commemoration service led by our minister, Rev John Tallach, surrounded by flower tableaux in which also nestled books, ships, rocks, shells, fossils, photos and other personal mementoes related to the man. 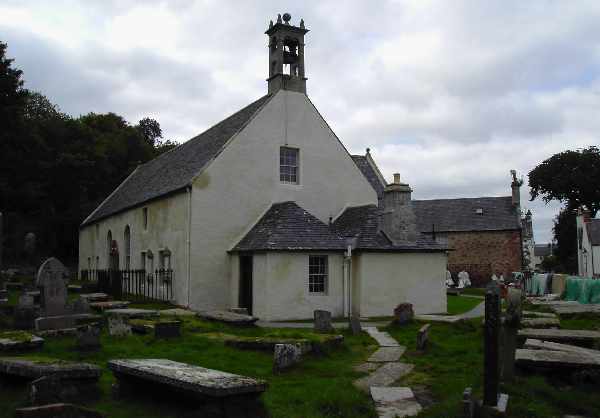 Former Lord Chancellor Lord Mackay of Clashfern, a choir, and a hushed, packed congregation praised Miller’s `vigourous zeal for his Lord and Master’, and said we should `seek to be inspired by his example of what can be done to make the best use of the opportunities offered us’.The Cromarty Arts Trust’s International Bicentenary Conference (October 10 -12) brought more than one hundred academics and intellectuals to the town, many of whom had spent much of their professional lives in Miller’s fields of natural history, geology, folklore, church and public affairs. Many new fields of development will follow.

The Arts Trust has also initiated an outdoor `Hugh Miller Trail’, which should help future generations pursue his quest for the earth’s story. Next year, it is hoped the old ruined fishing bothy on Eathie beach will be restored and accessible as an outdoor interpretation centre.

And so to the fireworks finale (November 2), a night of a particularly sharp easterly, and a sepulchral dark, with all the town-lights switched off. They say walking through Cromarty is like being in a time warp, and in the darkened streets, we might have been living in any of the centuries past as we bore our torch-brands aloft from the Harbour on a loop route to the Links. All the children wore light-bands in electric colours as they scurried through the streets, followed by their mums and dads, the whole town making for the shore to participate in the climactic event.

The easterly threatened to douse the brands, and abort the torching of the old Admiralty pinnace waiting for its last rites, but we re-dipped the rags in kerosene pots. We warmed when the boat slowly caught, and the night sky became split by rockets, spewing showers of explosive lights over the sward, while the old boat burnt out in glory, her golden flame-fountains intermingled with scudding smoke-clouds. How Hugh would have revelled in this, who like nothing better than a good bonfire.

And after the rockets, came the piece de resistance, the lighting up of Hugh Miller’s name in letters over two feet high, on a giant frame like a theatre billboard, only instead of flashing neon, the letters were formed in chains of specially treated rope.

After the fire, the dance, a ceilidh whose furious joyous energy would have reminded Hugh of the craft guild balls of his day.

Hugh Miller’s long walk to discovery and enlightenment continues in the little town and its environs which were the whole world to him. `Life itself is a school and nature always a fresh study’, he wrote. As it was for him, so it is for us, and always will be, as long as we aspire to see and find, learn and know.