The loch known as Simon’s Loch, in the Monadh Mhor wood in the Black Isle, was the scene of a tragedy on 18 May 1952 when a small boat capsized, throwing the occupants into the loch, resulting in the drowning of three teenage boys. They were brothers Charles Pickett (age 12) and David Pickett (age 14), who were found locked together in each other’s arms, and Albert Donaldson (age 18). A survivor, John MacRitchie, grabbed 13-year-old George Barr by the hair as he surfaced and dragged him to the side. The boys had been boarded out from their families in the Greenock area and were starting a new life with local crofting families, the Picketts at Balnabeen and Albert at Kinkell. They are buried in Urquhart New Cemetery where their grave is marked by a Caithness stone, bearing the same inscription that is on the memorial cairn at the lochside.

Over the years the only record of the tragedy was a painted message on a nearby rock and a paper notice pinned to a nearby tree, until Ferintosh Community Council in association with the Forestry Commission organised the erection of a memorial at the lochside.

On 17 May 2008 the memorial was unveiled by Colin Craig of the Community Council in the presence the sister of the Pickett brothers, the two survivors, John MacRitchie, now living in Kiltarlity, and George Barr, Liverpool, and many members of the community who had known the boys. 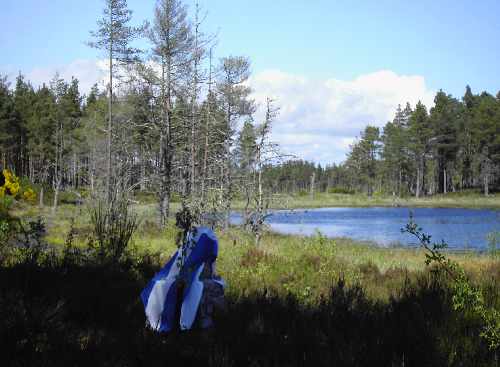 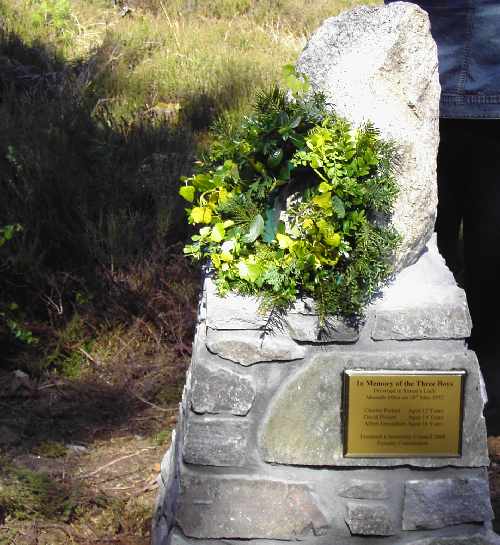 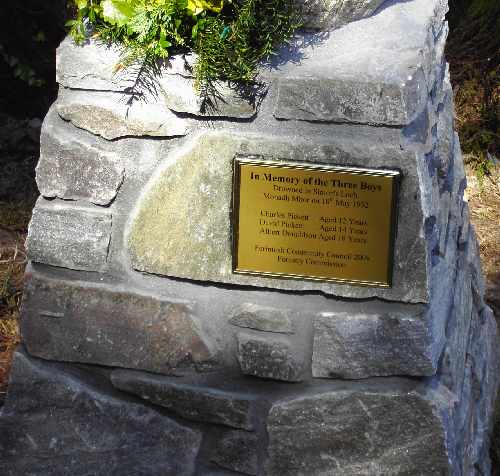