The Edderton Cross Slab is believed to be from the 8th or 9th AD and Pictish in origin, located in Edderton’s Old Church cemetery. Although it is located in the churchyard it is not thought to be a burial place. Like many other Pictish monuments, the intended function of the monument hides in obscurity, although the inclusion of cross motifs suggests its use as an early Christian monument. Noted by Historic Environment Scotland, the obvious absence of common Pictish symbols has earned it its status as a scheduled monument, valuable for providing us with an example of an unusual example of a Pictish design and enriching our familiarity with the visual vocabulary of early Scotland. The Cross Slab contains a Celtic cross on the west-face and a Latin cross relief above an unarmed horse rider on the east-face. Below him, two further armed horse riders, heading towards the left. Around 2005, the slab seems to have been reset, allowing more of the slab’s lower section to be seen which was previously covered by ground. It was therefore revealed that the Celtic cross on the west-face was set upon tiered steps.
The following description is taken from the Second Statistical Account of 1840:
“There is another sculptured stone in the church-yard, with a warrior on horseback in the lower compartment, and a large cross engraved above it; on the other side there are a number of curious circles and hieroglyphics, arranged in an indescribable mann” 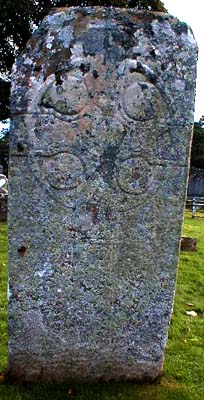 The east side of the Pictish Slab in the burial ground at Edderton.      Attribution: unknown 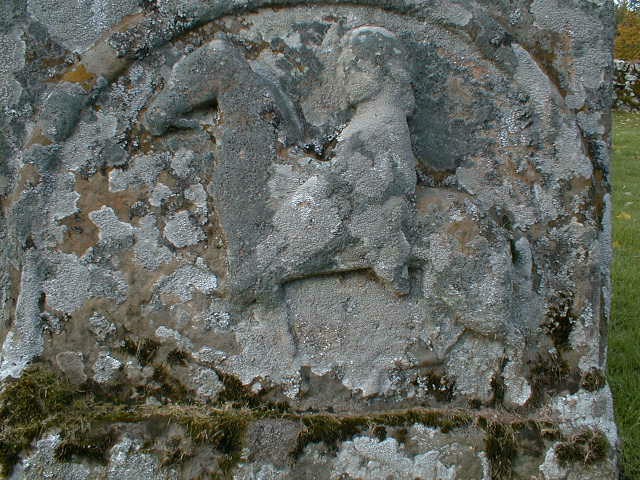 Close up of the horse and unarmed rider from the lower panel on the Pictish Slab.     Attribution: unknown 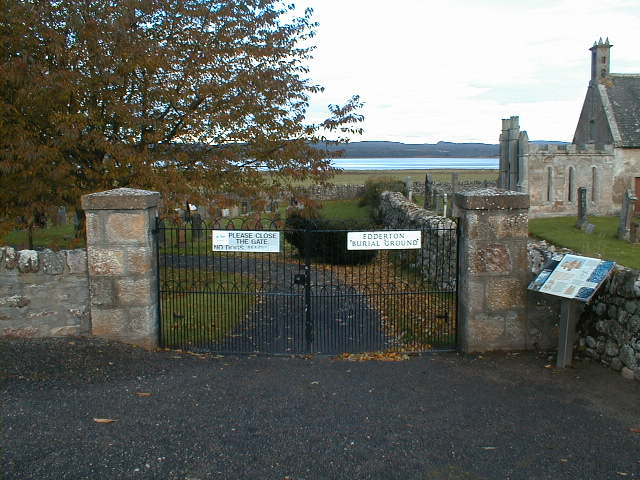 The entrance to the burial ground.    Attribution: unknown 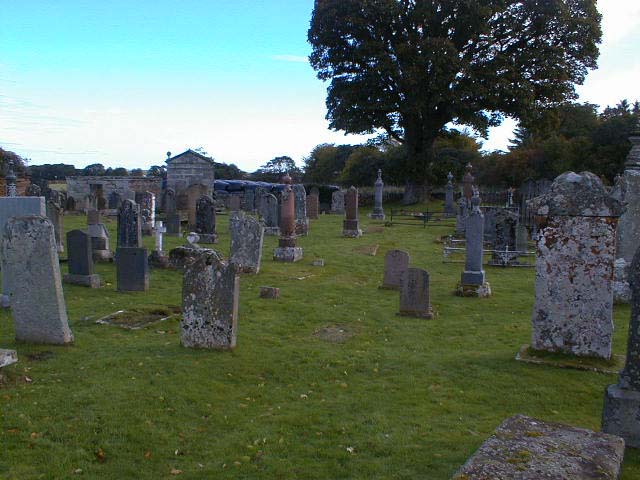