John Ross is seen standing between two of his vehicles which were in red and cream livery. One, an Albion, was driven by his son Sandy on the North Black Isle, particularly on the morning and afternoon school run to Dingwall Academy.

During school hours Sandy was assistant storeman in Anderson’s Garage on Craig Road, Dingwall, the local agents for International Harvester.

This bus is reputed to have run for over 200,000 miles without any major repairs. This was achieved by regular oil changes and when the Shell Oil Company heard of this they supplied Johnnie with a barrel of oil

With his fellow bus operator from Kessock, Archie Macrae, Johnnie Ross was ahead of modern-day supermarket home delivery service. Country folk would give them a list of what they required from certain shops and, after Archie and Johnnie had handed lists into the shops, the message boys would go to St James Street, where the vehicles parked, and deliver prescriptions, ironmongery, meat, bakery, groceries and garage spares. 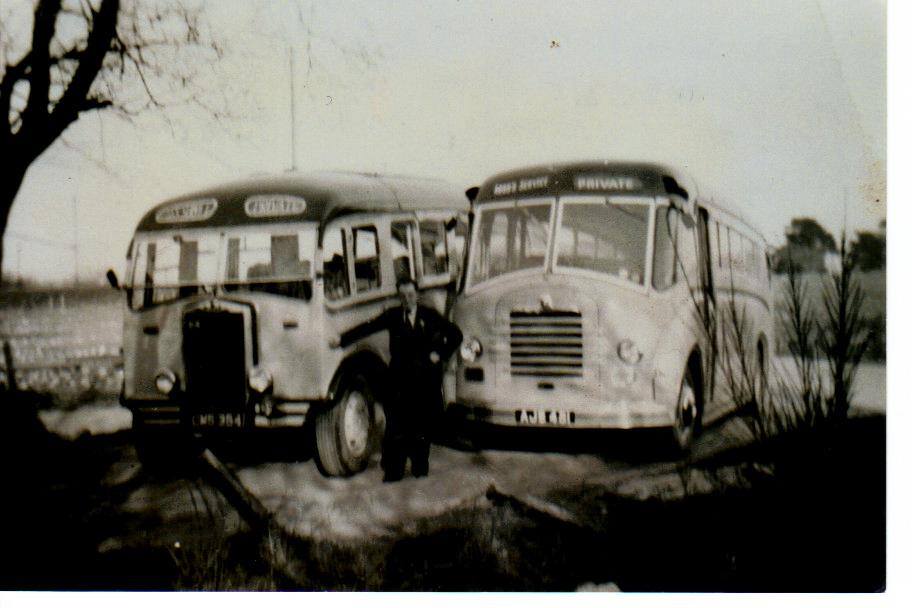 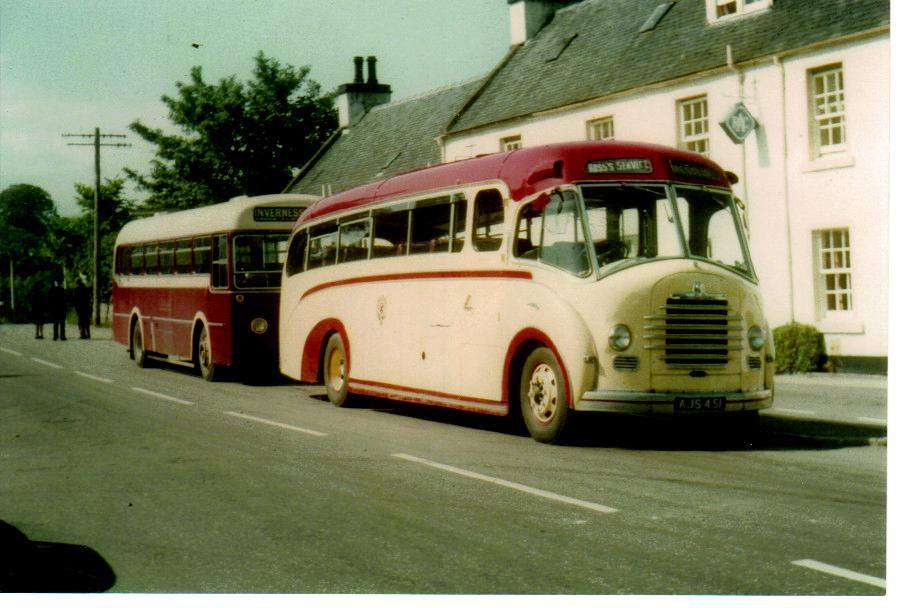 Johnnie Ross’s red and cream bus parked outside Conon Hotel with a Highland Omnibuses vehicle behind. 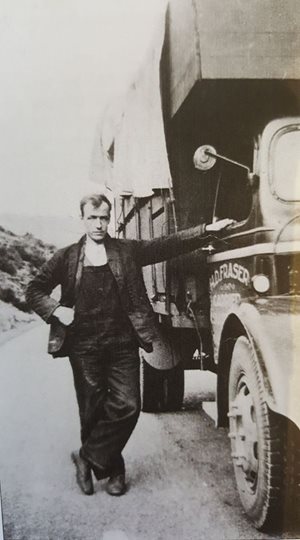