At the end of 2016 Strathpeffer’s former railway station received a much-needed facelift and the results were revealed to the public early in January 2017.

William Gray Ltd refurbished and made safe the platform canopy through new timber and glazing, repaired drainage pipes and repainting.

A local group, led by Susan Kruze of ARCH, in a year-long project, researched the history of the station and, through facts and images from the Highland Archive Centre and the Highland Railway Society, plus people’s recollections, produced new interpretation panels which are situated on the exterior of the station building. In addition, the group has produced a leaflet, an online blog, and there is a folder with all the research material on view in the Highland Museum of Childhood. 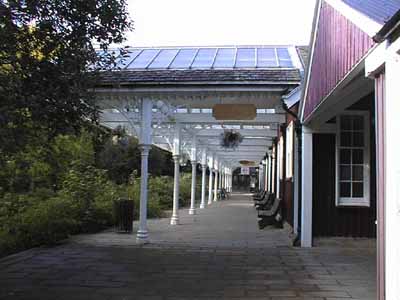 Located on the lower slopes of Knockfarrel above Fodderty Cemetery. Wells such as these can be found throughout the Highlands and relate to Pagan times when well-worship was prevalent. On the arrival of the early Christians, there was a tendency not to antagonise the local population by discouraging well-worship, but instead dedicating certain wells to Saints, thus Holy Wells.

Originally, the water supposedly cured sickness and mental disorders, but recent analysis shows it to be beneficial for heart disease. The sites of the ancient chapels of Fodderty and Inchrory are in the vicinity. 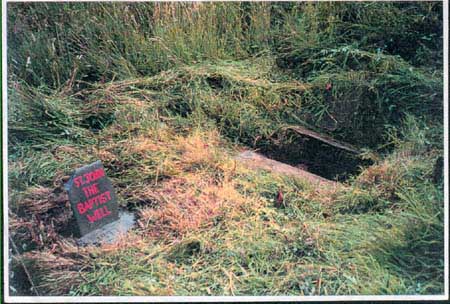