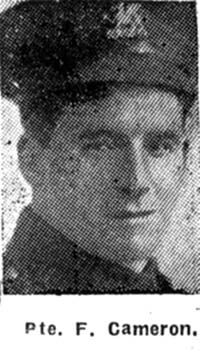 Pte. Frank Cameron, Londubh, Poolewe, died from wounds on May 3rd in France. He enlisted in the East Kent Buffs, and was attached to Headquarters Staff in France. He was a valet to General Russell of Aden, Mintlaw, Aberdeenshire, and latterly was in the service of Sir Henry Howard.
Pte. Cameron was a very clever young man and a good linguist, having travelled extensively on the Continent. He had two brothers in France, one of whom was wounded at Neuve Chapelle.

His late father was a worthy and esteemed elder of the Poolewe Free Church. Deceased has left a young widow and two children in London to mourn his loss.

Much sympathy is felt for her and for his mother, sisters, and brothers 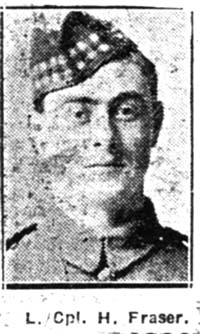 When war broke out he had been serving with Mr Hanbury, Tournaig, Poolewe, for a year and a half. After training in Scotland for a period, he proceeded to France in August, 1916, and was attached to a Seaforth Service battalion, and went through many big battles on the Western front.
L.Corpl. Fraser is 22 years of age. He is now in hospital in France, and making good progress, and expects to come to England soon.

L.Corpl.Fraser, whose photograph appears today, has been a popular man in his battalion.
A cheery, bright fellow, he has livened many a dull moment in billet, bivouac, and dug-out, and his comrades in arms wish him a speedy recovery.

Mr Wm. Mackenzie, gardener, Poolewe, has received intimation from the War Office that his son, S/12472 Lance-Corpl. Kenneth Mackenzie, Seaforths, is lying in hospital at Rouen, France, suffering from severe accidental wounds on the left knee and thigh.

Lance-Corpl. Mackenzie has two brothers in the forces, John in the New Zealand contingent, and Alick (late of the Seaforths) in the Royal Field Artillery. A photograph appears on this page. 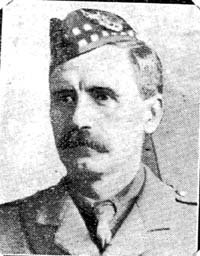 Captain Mackinnon, 4th Seaforths (Reserves), who has been on a recruiting campaign in the West of Scotland, reached Glasgow last week, when occasion was taken to entertain him by the Glasgow Gairloch Association. Captain Mackinnon, who has resided for some years in the Gairloch district, enlisted in the ranks of the 1st V.B. Seaforth Highlanders, the regiment of his native county, in 1889. He was promoted lieutenant in 1893, and Captain in 1898. In 1902, Captain Mackinnon retired and devoted himself to painting. He has been a regular exhibitor at the Royal Academy, and he has done much to bring before the artistic public, the beautiful but wild scenery of the West Coast. He lived at Poolewe, until, being on the reserve of officers, he was called upon to take part in the present war . He is also a most accomplished Gaelic scholar. 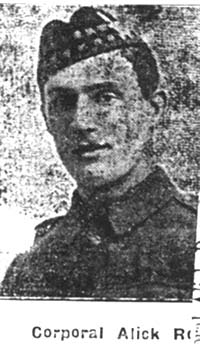 Corporal Alick Ross, the winner of the 10 stone boxing championship at the recent Highland Brigade tournament in France, is a native of Poolewe, Ross-shire. Before the war he was employed with the Underwood Typewriter Company, Glasgow. He has been at the front since November, 1914, and was wounded at Neuve Chapelle, where his brother William was killed. He has been a frequent prize-winner in the running and jumping at regimental sports both in this country and in France, but his present success is all the more remarkable, as part of the shrapnel which wounded him is still lodged in his right arm.

His brother-in-law, Captain A.J. Campbell Colquhoun of Garscadder, is also serving at the front with the 6th Camerons, and was wounded at Loos. 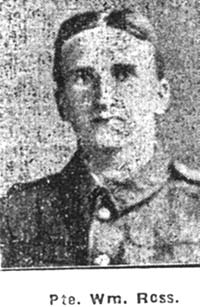