This full-size Terracotta Warrior arrived in Ullapool in November 2016 and has made his home in the entrance hall of the school.

Earlier in the year, during a school trip to China, the figure was commissioned from the on-site museum and a percentage of purchase has gone towards educational projects in China.

The figure is that of a general and originates from Xian, capital of Shaanxi Province in Central China, being made from clay taken from the same pits as the originals created over 2200 years ago.

Qin Shi Huang, first emperon of China, ordered the construction of the Terracotta Army soon after his ascension to the throne. They were buried with the emperor in 210-209 BC in order to protect him in his afterlife. Discovered in 1974 by local farmers, the figures vary in height according to their roles, with the tallest being the generals.

The school regards the general as a unique souvenir, illustrating the achievements of its pupils and emphasising global connections of the school and community. 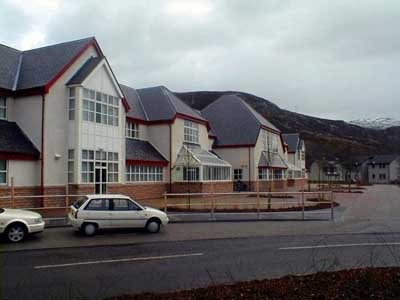