The photograph and article appearing on this page are reproduced courtesy of the Editor of the Ross-shire Journal.

Despite a community effort to try to keep Clachan Church on the shores of Loch Broom open, the Church of Scotland has decided to shut it and put it up for sale. The local residents are now hopeful they can keep the building for community use and are pushing ahead with a bid to take over the building.
The Friends of Clachan Lochbroom group is “going full steam ahead” with an approach to the Church of Scotland with a view to retaining the building for the community. It has set up a Facebook page Friends of Clachan Lochbroom. Member Sarah Mackenzie, a regular attender at the church, told the Ross-shire Journal, “We are trying to get the attention of everyone who has a connection with Lochbroom to support the project.” 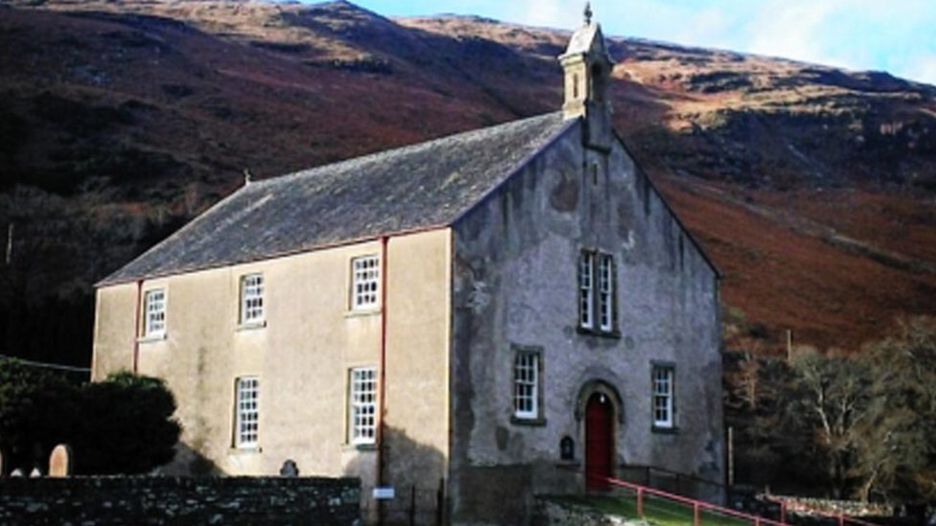 The Friends hope to use Clachan for weddings, funerals and other suggested community uses, such as a gallery for local crafts and arts or a venue for concerts and meetings.

Sarah said that she sees this closure as an opportunity for Clachan to be open for all denominations and development for wider community use. “We are a growing population – new build and restored houses have quadrupled the resident population in the last 10 years or so – in an area 10 miles and more from Ullapool so we need to keep our buildings and use them for many community activities.

“The community’s feelings are of great sadness coupled with determination to keep Clachan going. We have engineers amongst us and they are unanimous in the view that there are no major problems with the roof – no leaking and nothing that can’t be dealt with. We also have an award-winning lime mortar construction business locally for advice. So we aren’t frightened although we recognise that funds will need to be raised.”

Last December a decision was taken at a public meeting to form a committee to seek grants to mend the church which needs up to £250,000 of repairs.

The meeting was told that if progress is not made to secure funding, the plan to put the church on the market would go ahead in January 2017.

Nearly a year on, the community has been told the Lochbroom Parish Church at Clachan will close. A post on the Lochbroom Parish Church Clachan Facebook page confirmed the news: “After heavy reflection and prayer the session of Lochbroom and Ullapool Church of Scotland announce that the closing service at Clachan Church will be on Sunday, November 20 (2016).” The service will be led by Rev Robert Jones from the Ross Presbytery.
A statement from Friends of Clachan Lochbroom said the service marks the end of 1000 years of worship on this site.

It said: “Major events and personalities in Scottish history have touched Clachan. Robert the Bruce may have attended the church in August 1309 when he sealed a Royal charter from Lochbroom. The long list of former ministers includes the famous James Robertson. Although not himself a Jacobite, many of his parishioners were enrolled into the Earl of Cromartie’s regiment and were likely to suffer transportation or execution in 1746. Mr Robertson made the long trek to London to plead successfully for mitigation.

“With such an important presence, both in history and in current community life, there is a strong belief in, and wish to keep, Clachan for the community’s benefit. Weddings, baptisms, funerals, community carols have all taken place recently. Long may they continue to do so.”

Clachan Lochbroom Heritage Trust has been given the opportunity to purchase Lochbroom Parish Church, at Clachan, and requires to find £200,000 to buy the building and renovate it for community use.

The church, at the head of Loch Broom, is the oldest site of worship in the area and the current building dates from 1817. A surveyor’s report confirms it is in a reasonable state of repair.

The burial ground will continue as an active graveyard, with a possible extension, and the trust intends to use the building for services, weddings, funerals and other religious purposes. At Christmas 2015 two hundred people attended a candlelit carol service and the trust would like to see this happen again, along with use as a community resource for concerts and exhibitions.

The timescale for raising funds to meet the purchase price is relatively short and there is also the need to secure additional finance to meet renovation and upkeep costs. Those wishing to donate should send cheques, payable to Clachan Lochbroom Heritage Trust, to the Trust at 26 Argyle Street, Ullapool, Ross-shire.

The trust can be contacted at clachanheritagetrust@gmail.com

The Clachan Lochbroom Heritage Trust (CLHT) announced that they had bought Clachan Church from the Church of Scotland for a price of £30,000.

It is reported that the plan is to use it both as a “great setting for a wedding” and also as a place to stage “appropriate” musical recitals. “It is a big space that can be used as a gallery, plus there are lots of traditional musicians in the area and the acoustics are wonderful.” The church will be open to all denominations.

Peter Newling, convener of the trust, said: “This site has been used for 800 years, I believe, and we aim for another 800 years of even wider use.

Fund-raising began in October but had considerable support both locally and internationally, mostly from Canada. The Church of Scotland also allowed the trust time to fundraise before putting the property on the market.

A historic note: Robert the Bruce was in the area in August 1309 and it is thought he attended services in Clachan Church.

Forth Road Bridge walk May 2018

Donnie Mackenzie, a resident of Lochbroom and former Chindit who operated in the jungles of Burma in WW2, was keen to support efforts to preserve and develop Clachan Church and decided to undertake a sponsored walk across the Forth Road Bridge.

His connections to Clachan Church go back some 400 years as he is descended from Alexander Mackenzie of Ballone (1610-1645) whose memorial is the oldest in the church’s burial ground. Another ancestor, Alexander Stronach, was minister of Clachan from 1776, the year of American independence.

Adjacent to the bridge is the Forth Rail Bridge, a UNESCO World Heritage site which was designed by Sir John Fowler, who moved to the Lochbroom area in the 1860s and whose memorial is within Clachan Church. 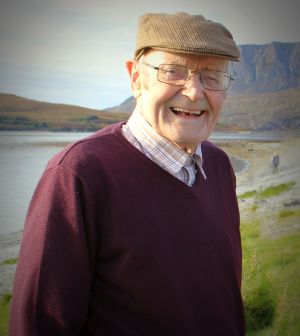