The parish of Lochbroom (the third largest in Scotland) derives its name from the Gaelic Loch a’Bhraoin meaning “the lake of drizzling rain” and it is hoped that, for the sake of its tourist industry, this is not an accurate description!

Three distinct areas in the parish are Coigach, Achiltibuie, and the Summer Isles.

Occupying an ideal site on the shore of Loch Broom, Ullapool was selected by the formidable sounding British Society for Extending the Fisheries and Improving the Sea Coasts of this Kingdom in 1788, as one of a series of fishing villages. Beginning that year, the village was laid out on a grid pattern including buildings necessary for the herring fishing pier, a Customs House for storing salt for fish curing, and an inn. Even earlier than that the Dutch were harvesting the herring of Loch Broom in the sixteenth century.

By 1794 Ullapool had 71 houses and the herring storage facility was producing 500 barrels annually.

During the following century local fishing had a downturn, causing fishermen to seek employment elsewhere. In the 20th century fishing brought work and prosperity to Ullapool again with the arrival of boats from the east of Scotland and foreign boats with their associated factory ships, known as Klondykers.

Although the fishing industry has declined, the extended pier is the berth of large vessels of the Ullapool-Stornoway ferry and the area has a thriving tourist industry. 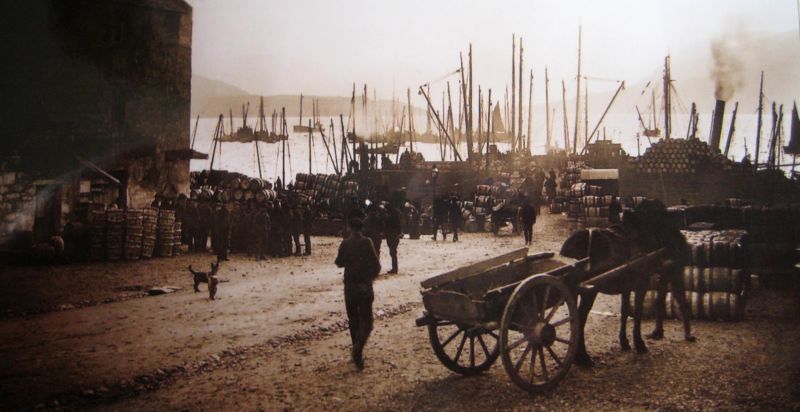