The name Badachro “clump of the cattle fold” originally referred to a small clachan in a fold of the hills east of Badachro Bay but for the past 150 years or so has referred to the area around the bay itself. This was the centre of the fishing industry and, particularly in the herring season, very large numbers of boats both local and from further afield operated from there. The houses built around the bay were therefore not part of crofts but individual homes for fishermen or merchants. 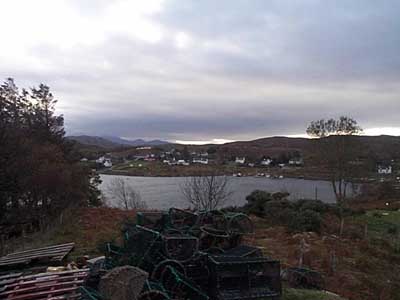 So called because it dried out at low water. There was a causeway usable at half-tide from the path to the island. This was perhaps the most important fishing station with deep water and a very substantial jetty. It was owned by a MacKenzie family one of whom at one time also ran the store at Aird House. The adjoining small islet was used to lay out fishing nets to dry and there are remains of a building for boiling cod livers to extract the oil. 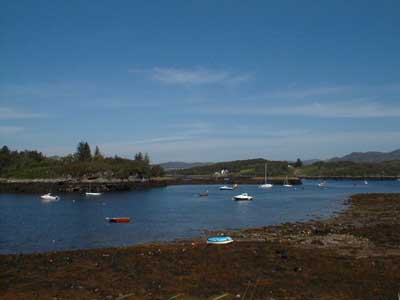 Part of the village of Opinan

Looking towards the former school and schoolhouse from the bottom of the Achadh. 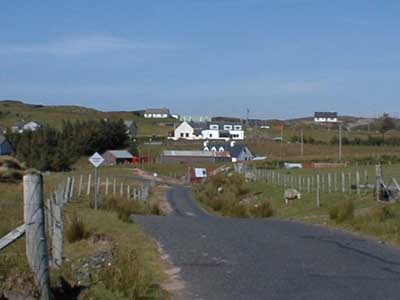 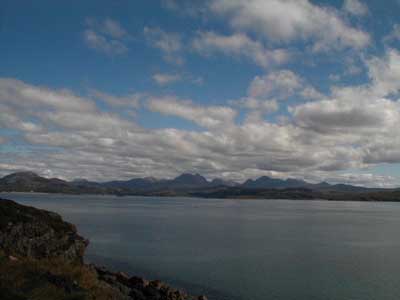 Read about the history of Gairloch Museum and the project to renovate a building as a new location.