Mrs. Macrae is a Trustee and Volunteer at Gairloch Heritage Museum. This photograph shows her making butter using a table-top plunge churn. During the summer months and for group visits she happily dresses up in period costume and demonstrates how to make butter. Bella is also a native Gaelic speaker and her knowledge of Highland life makes her talks and demonstrations come very much to life.

Mr. Macintyre is a Trustee and Volunteer at Gairloch Heritage Museum. This photograph shows him talking to a group of children about the history of lighthouses and how they work. 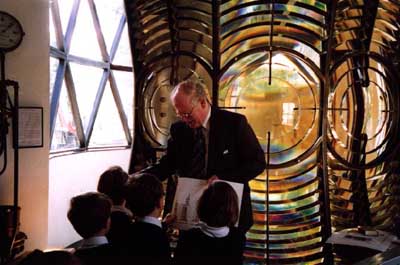 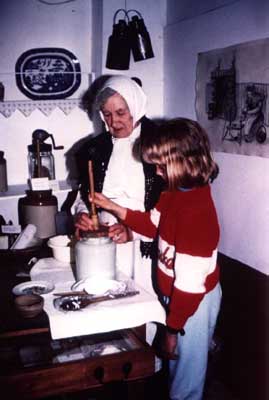 Mr Lord is an accomplished flint knapper. This photographs shows him demonstrating how to make a flint tool.

Mr Roxborough often gives talks and demonstrations at Gairloch Heritage Museum. This workshop shows him giving a demonstration and talk on net and creel making and the history of fishing in our area.

All the above photographs taken several years ago. 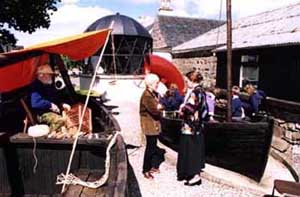 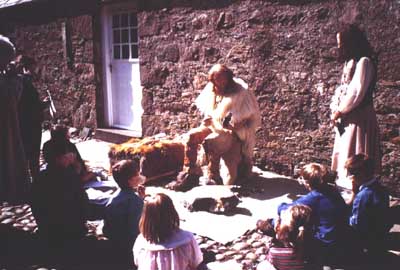 In November 2015 Gairloch Heritage Museum received news of a donation of £20,000 towards its work.

The lease for the Museum, which has been based in an old steading for some 40 years, expires in 2018 and volunteers have launched a plan to convert a former anti-aircraft operations room in the village into a modern facility for all artefacts. The estimate for this work is £1.2 million.

Carl Mayl, a former merchant seaman who spent many holidays in the area, left his estate in the form of a charitable trust and his trustees have decided that Gairloch Heritage Museum is worthy of support. 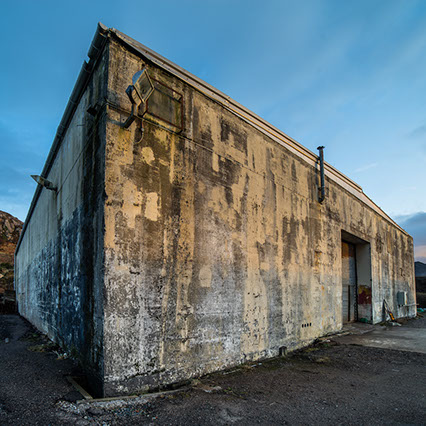 In December 2016 a statement on the museum’s website announced: “We are thrilled to be able to report that Gairloch Heritage Museum has received a confirmed grant of £725,000 from the Heritage Lottery Fund for our project Our Land, Our People, Our Story which will build a new museum for Gairloch.

“The investment is a vital part of the total funding package for the project, and we believe it will be the catalyst that will attract the substantial amount of match funding that still needs to be raised by next summer.

“This is now the absolute priority for the museum and we would love to hear from anyone who has ideas or energy to help out with the fundraising campaign. Although it is a huge task to raise the remaining monies, the museum board and volunteers are determined to secure the future of the museum for our members and our community.

And artist’s impression of the building which will be the new home of Gairloch Heritage Museum.     Attribution: unknown

“To get this far is a massive achievement for a volunteer led organisation in a small and remote community. Now let’s raise the rest of the match funding and make sure the project goes ahead.”

The museum has been managed and run by volunteers since 1977. It houses the first Pictish stone found on the west coast mainland of Scotland and its Gaelic language and literature resources are valued by Gaelic scholars.

In July 2017 the group of volunteers who have preserved the heritage of the area for the past 40 years received the Queen’s Award for Voluntary Service – the highest award a voluntary group can receive in the UK.

The award was presented to the museum chairman, Roy Macintyre, by Mrs Janet Bowen, Lord Lieutenant of Ross and Cromarty, at the Gairloch Sheepdog Trials on 15 July 2017.

“Gairloch and District Heritage Company is one of three community projects to have benefited from a total award of £290,000 from Highland Council’s capital discretionary fund by members of the Council’s Corporate Resources Committee.

“Our redevelopment project has been awarded the bulk of the funding – a grant of £200,000. The award recognises the impact the project will have on our community and substantially closes our remaining funding gap. We expect to have the full funds in place by early December and be ready to start building in January (2018).. We are nearly there!” 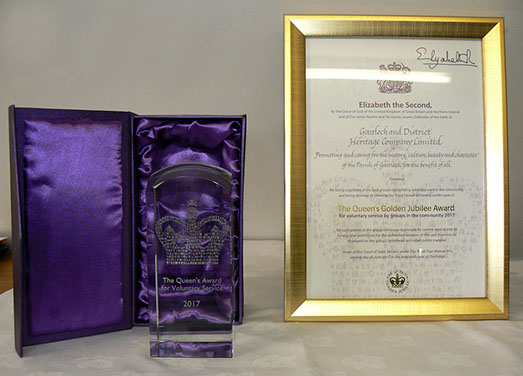 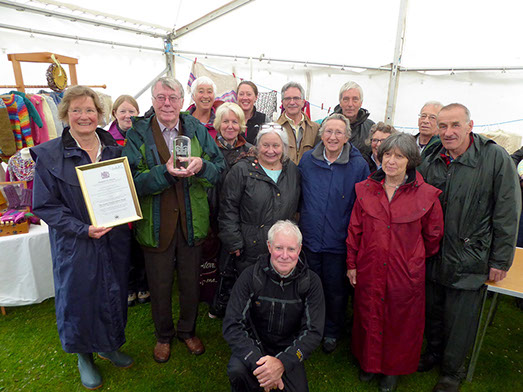 The presentation. [Both photos courtesy of Gairloch Heritage Museum website]

In October 2020 it was announced that Gairloch Museum was one of five winners in the Art Fund’s Museum of the Year competition.

The Art Fund said of Gairloch Museum: The story of the rebirth of this truly special museum nestled on the remote north-westerly coast of Scotland captivated the judges; a tale of people power, determination and local pride.

“The museum’s move in 2019 to a new home – not a grand new building but a repurposed nuclear bunker – transformed a village eyesore into an important visitor attraction. It was the culmination of an eight-year £2.4 million redevelopment project realised by this community and more than 120 volunteers.

“The redisplay of the museum’s collection which encapsulates the history, culture, beauty and character of Gairloch and its new home have reanimated the village’s pride in its heritage, created a buzzing new community hub, and produced a sustainable cultural landmark for generations of visitors to enjoy.”