Visitors to the opening ceremony are warmly welcomed by Applecross Historical Society. We hope that your time with us will give you a sense of the special nature of the place and that, like the travellers of old, you will take something of the sanctuary with you when you leave.

The history of this insular community, ignored over the centuries, is now displayed in the attractive Heritage Centre built on the site of the once famous Christian settlement of the Irish St. Maelrubha (647 to 722 AD).

Modern scholars consider the work of Maelrubha to be second in importance only to that of St. Columba of Iona.

The Centre, with its 30 interpretive panels and collection of artefacts, backed up by extensive archives, is the product of many hours of work led by Applecross people anxious that the changing pattern of population could cause much community history to be lost.

They have been supported by the Estate owners, Applecross Trust, who offered a site and supplied practical assistance; by Highland Council; Ross & Cromarty Enterprise; The Scottish Executive, and others. The Centre’s award-winning website is www.applecrossheritage.org.uk

Richard Wills, one of the trustees of the Applecross Trust and great-grandson of Captain Arnold Wills, who bought the Estate in 1929, opened the Heritage Centre. Richard has made a generous donation to the Centre from his sponsorship money following his successful run in the Peking Rally, driving his great-grandfather’s Rolls Royce. 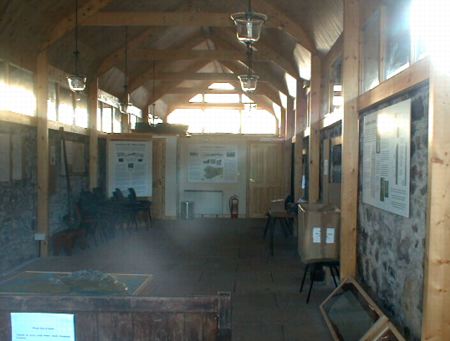 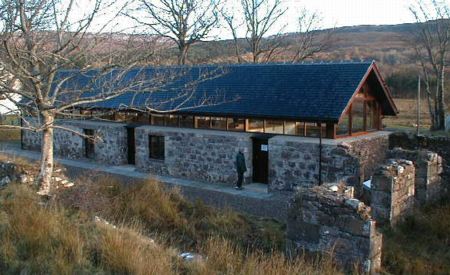