The fine pulpit in Clachan Church of Applecross. In the graveyard in which the church stands there is the ruin of a small rectangular chapel building. Beside it is a low mound which has always been called Cladh Maree. This mound is the site of a small rectangular building, which seems to have been no more than a cell. At a depth of two feet there is a plain slab of stone which covers the stone kist in which was laid the mortal remains of Maelrubha, at full length, facing east. Fragments of carved stone, unearthed by the sexton, Kenneth Macrae FSA, and now housed in the church, are geologically native and the work unmistakably, according to the Society of Antiquarians, of the 8th century. 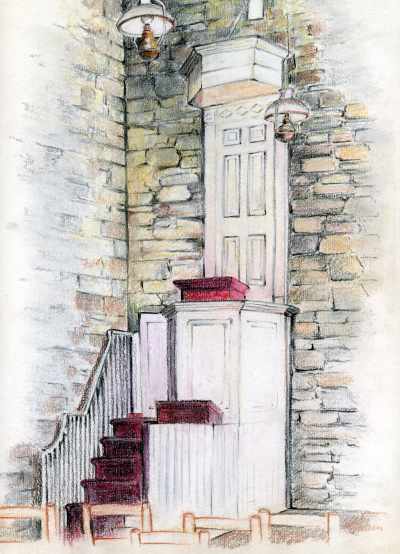