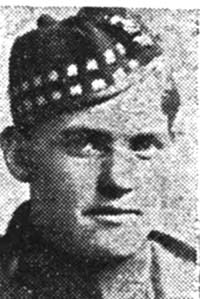 Portmahomack has added one more of their list to the fallen heroes in Flanders. Pte. D. Duff, K.O.S.B., son of Mr and Mrs D. Duff, Chapel Street, was killed in the end of June. Enlisting sooner than his age necessitated, he had been training for some time, and when he found he at last was among those who where to go to France he was overjoyed. A few days in the trenches and then the sudden end, and “Di Duffie” paid the price for “Home, King, and Country”. “Di’s” life was short, but it was an unusually happy one. He had the wonderful gift of seeing only brightness where many could see nothing but dark shadows, and one happy smile from “Di” has cheered up many a despondent soul. He seemed to laugh his way through life, and his bright face will be much missed. When others come back we shall again realise that he, as well as many others, will “return no more”.

55150 Pte. David Duff, H.L.I., son of Mr and Mrs David Duff, Chapel Hill, Portmahomack, died in No. 5 Casualty Clearing Station, France, on October 3rd 1918, of wounds received in action. The first intimation received was from the matron of the hospital, who told the mother that her boy had been severely wounded. This intimation immediately preceded the official notice that he had passed away. A fine, soldierly lad, he is the second son of Mr and Mrs Duff to make the supreme sacrifice.
His brother, Pte H. Duff, 4th Seaforths, was killed in action on 6th April, 1917, at the battle of Arras. There is much sympathy with the parents.

RCHS Note: The two Ross-shire Journal newspaper entries for Private David Duff appear to be contradictory. The first article dated 27th April 1917 suggests he died in France at the end of June 1916? The second article in the newspaper dated 8th November 1918 suggested he died in a Casualty Clearing station in France on the 3rd. October 1918. RCHS would be grateful for any information that may have come to light since 1918 that clarifies his time of death.
See entry below for details of his brother H. Duff 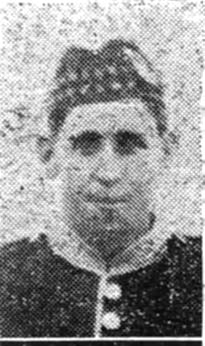 The above is a portrait of Private H. Duff, Seaforths, who gave his life for his country on 6th April, 1917. Deceased was killed at the commencement of the bombardment at the Battle of Arras by the bursting of a shell while back in billets.

Private Duff joined the colours shortly after mobilisation, and was through several of the fierce engagements. At Loos in September, 1915, he was severely wounded, but recovered and last June he rejoined his regiment in France. He was 26 years of age. Much sympathy is felt for his parents, who reside at Chapel Hill, Portmahomack.

Mr and Mrs David Duff have also another son on active service.

See entry above for details of his brother David Duff 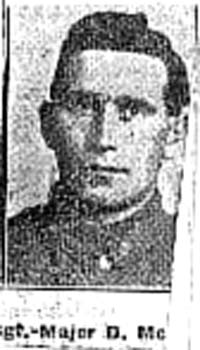 The friends and acquaintances of Sergt.-Major David MacAndie, son of Mr and Mrs MacAndie, Library Buildings, Portmahomack, will be delighted to hear of his great success. He now wears three honours, the D.C.M., the M.M. and also a French honour. In addition to these he has been offered and has now accepted his commission. His Colonel sent for him and introduced him to his General, saying he was indeed proud to be in command of men such as he. It is gratifying to know that Sergt. Major MacAndie’s comrades also have long ago realised his sterling qualities – his ability to command, his courage, resource and endurance – and they have not been slow to tell of it when on leave at various times.

Sgt.-Major MacAndie was born and brought up in Portmahomack, and educated in the Tarbat Old Public School. Subsequently he emigrated to Canada, where he was doing very well. When war broke out he at once offered himself and ultimately came over to this country. In France he rapidly rose from the ranks, becoming sergt. very soon, while after Vimy Ridge he was made sergt.-major. He won his commission on the field, and is already acting lieutenant without being sent to a training camp.

While belonging to the ‘Canadians’ in a military sense, the village and parish are proud of him and the honours he has won, and their best wishes will follow him in his new sphere. His parents, Mr and Mrs MacAndie, are much respected in the district. His brother, Tom, is also serving his King and country in France, while his oldest brother is in Canada. His only sister is Mrs K. Ross, Loans of Fearn.

A correspondent writes: Quite recently it was announced that Sergt. David MacAndie had received the D.C.M. for distinguished conduct in the field. Now it is announced that he has received the Military Medal as well. In addition to this he has been promoted to the rank of Lieutenant and has just received his commission. He has already received the congratulations of his superior officers, as he has well merited the recognition he has received. His fellow parishioners as a whole, as well as his many friends in the district, are justly proud of their fellow countryman, who by sheer merit has not only been decorated with these two coveted medals, but has risen from the ranks to the position of commissioned officer by praiseworthy devotion to duty at most critical stages in the terrific struggle in France.

Having so distinguished himself in the ranks, it is certain that Lieut. MacAndie will also adorn his position as an officer. His further career will be watched with intense interest by his many friends in the district.

As he may visit his native district shortly, he is sure to receive a right royal welcome and heartiest congratulations from all. In the case of Lieut. MacAndie the poet’s words have again become convincingly true, that

“Not once or twice in our rough island story,
The path of duty was the way to glory.”