This church was built between 1370 and 1458 as the shrine of St Duthac. It stands near an earlier church the walls of which can still be seen. In medieval times the church was an important place of pilgrimage, its most famous visitor being James IV who came regularly from 1493 to 1513.

It was the parish church from the Reformation in 1560 until 1815, after which it became derelict until being restored in the 1870s. It now houses the town’s war memorial and is part of the Tain Through Time visitor centre.
[Contributed by Estelle Quick, 16/3/99] 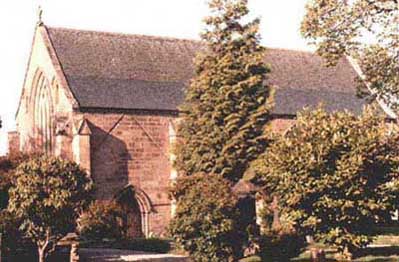 The Ross-shire Journal of 8 July 1922 reported as follows:

In the Old Church of St Duthus, a historic building dating back to the 14th century, the people of Tain and district have placed the first part of their tribute to the memory of the men who fell in the Great War. It takes the form of a massive brass tablet, seven feet high by four feet wide on a marble slab erected on the north wall of the Church. A total of 122 names is inscribed on it. The unveiling ceremony was performed by Col Sir Hector Munro of Foulis, Bart, Lord Lieutenant of Ross and Cromarty. A Guard of Honour was provided by the 4/5th Seaforth Highlanders, who were camped on the Mhorrich Mhor. Mr Alexander MacBain accepted custody of the memorial on behalf of the Tain Guildry Trust. 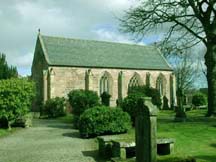 On Friday 1 July 2016, to coincide with the first day of the Battle of the Somme, a ceremony took place to open an exhibition in the Collegiate Church in association withm the Heritage Lottery funded project Put a Face to a Name.

The exhibition set out to find out more about each of the 122 men listed on the memorial, nine of whom died during the five months of the battle.

The exhibition was held during the month of July 2016 but anyone interested in the information displayed, or having additional information about service personnel, should contact Tain and District Museum on 01862 894089. 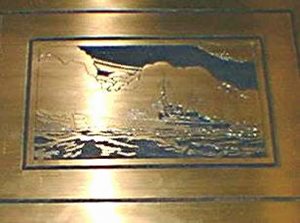 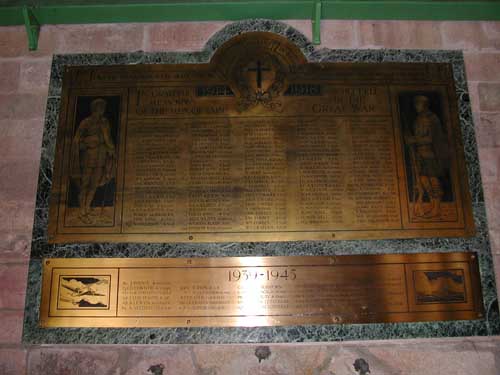 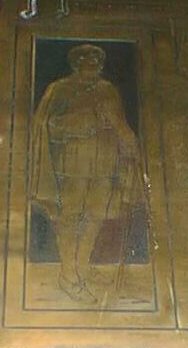 The figure of a scholar with a cloak, book, and stick.   Attribution: unknown 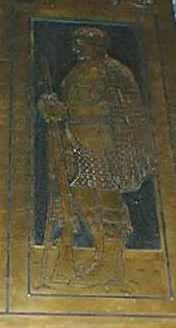 The figure of a kilted soldier with a rifle.    Attribution: unknown 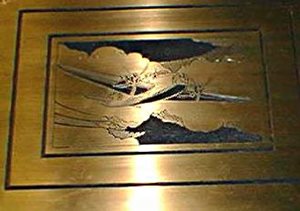