When you go to the old St. Duthus Church look carefully for a small plaque to the memory of a lady, whose name was once on every-body’s lips but is now in danger of being forgotten. You will have to look carefully, for the memorial is very small and the position is not good. I refer to Dr. Elizabeth MacBean Ross.

From her sister Mary I have the following information.
Her great-grandfather, William Murray, was the first agent of the Commercial Bank in Tain; he was a relative of Provost Murray, whose ‘monument’ is in the High Street, and of Sir Kenneth Murray of Geanies. Two of the family in turn succeeded him. Her father was agent for 4 years before he was transferred in 1883 to the new branch in London, first as assistant-manager, then as manager. He died in 1894, when his widow and large family came back to Tain, where they lived for more than 20 years in Craigdarroch, Scotsburn Road, now the Free Church Manse.

Elizabeth qualified as one of the early women graduates in Medicine at Glasgow University and followed the degree with studies at Durham and London. For a short time she was Medical Officer in Colonsay and Oronsay, the islands lying between Mull and Jura, quite an innovation for such places. But that was not adventurous enough and in 1907 she applied for and got an appointment in Persia; this is modern Iran, but at the beginning of the century the conditions must have been very primitive, to put it mildly. 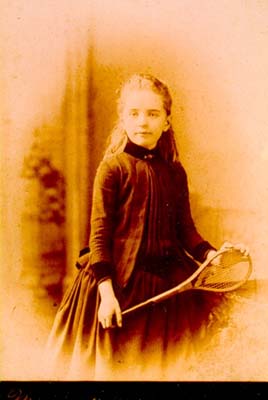 Fortunately she wrote a book with the title, “A lady doctor in Bakhtiari land”, but it is the kind of book which demands close reading, almost interpreting, for she passes over hair-raising dangers and severe difficulties in a few sentences. She must have been a master of under-statement. For example, on the long and wearisome journey there she spends only a sentence; “Warsaw, Moscow, Woronesh, Rostov, Piatigorsk, Pertend, Paku were names only serving to mark a pause in a Persian nightmare or,as it were, to punctuate a period of Persian history”. On the next stage she is even more laconic: “Of the Russian road and carriage service I think it unnecessary to add any remarks of my own to those which have been made by every traveller entering Persia from the north by this regulation route”. That was from Resht to Teheran, southward over the mountains must have been very rough going. “The day was closing in as, jolting over innumerable little bridges spanning water courses, we neared Ispahan. Night had fallen long before we emerged from a labyrinth of dark passages, vaulted bazaars and tortuous streets into the noble avenue of the Tchahar Bagh.”

She admits that a later stage was difficult, first with mud, then with snow. “Twelve miles of snow and stones, stones and snow.” And we complain of a drop of rain! At Iast she reached Dekhord, a little town in Bakhtiari Land, where she worked for some two years. She says she was drawn to the mountain folk by her Ross-shire upbringing. Most of us would have said, “Why left I my hame in Tain?” When her health was threatened, she had a busman’s holiday; she worked as ship’s doctor on a vessel of the Glen Line to Japan. Was she the first woman ever to have occupied such a post?

Back to Persia for another spell of medical service. But now she felt the need for further study in Tropical Medicine, for which she came to London. While she was there the 1914 war began, where she was caught up in the fever of that catastrophe, she decided to give her service to Europe and, true to her adventurous spirit, went to Serbia under the Russian Red Cross. That was in January 1915. 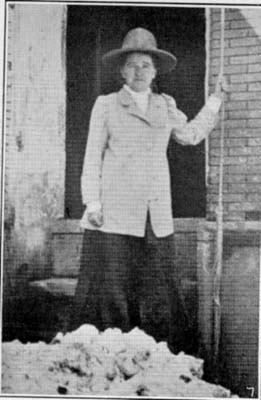 A letter from a Miss Helen McDougall tells the brief sequel. “We met Dr. Ross on her way up country at Nish; as one of our doctors knew her well, she spent quite a while with us in the evening while we were there… She used frequently to come over and have tea with our unit and tell us all about her work. We all got so interested and I must say appalled that one after another we went over to see her typhus block. One afternoon another member of the unit and I went and we shall never forget our visit… It would be very difficult to realise the terrible odds against which this brave woman was fighting and I may say her one cry was how little she was able to do. When we went in, she welcomed us warmly but was very loath to show us round. Again and again she said, “Are you sure you are not afraid?” When we were leaving, I turned and said to her, “Oh Dr. Ross, how can you go on here?” She only answered, “Six of the doctors are down and who would look after them if I left?”…. A few days after this, we heard that she was down.

A tribute appeared in the Glasgow University Magazine: “Of brilliant intellectual attainments and exceptional originality, Dr. Ross was a personality seldom to be met with. Careless of conventions, yet at the same time giving evidence of refinement and culture of upbringing, she was slow to make friends. Loyal, and steadfast in her friendships, once made never broken, she was beloved by those who knew her well. Her outstanding quality was courage in the face of any danger and, although possessed of a frail and delicate physique, she would enter where even a man might hesitate in the enthusiasm of her work. It was the great power and influence of her mind which led her to heights which others only dreamt of from afar.”

The tablet in the old St. Duthus Church is very small, having to conform to the limitations of space granted by the Guildry Trust; but it says enough to suggest something of the courage and devotion of a remarkable woman. “To the Glory of God and in undying memory of Dr. Elizabeth Ness MacBean Rose, who voluntarily gave her life during the European war to help the typhus stricken Serbian soldiers and died in the Military Hospital, Kragujevatz, Serbia 14th February 1915. This tablet has been erected and hospital beds endowed in Serbia by public subscription in remembrance of the noble life and sacrifice of one whose home was for many years in Tain. Greater love hath no man than this”. 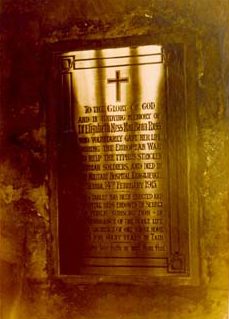 Elizabeth Ness MacBean Ross was born in Tain in 1878. She studied medicine at Glasgow University graduating in 1901. For several years she was the local doctor on Colonsay and Oronsay and in 1907 left to go to Iran. She worked among the Bakhtiari tribesmen in the Zagros Mountains with long periods out of contact with fellow Europeans. The photo on the right shows her in Bakhtiari dress. She described her adventures there in A Lady Doctor in Bakhtiari Land. She worked her way home from Iran as a ship's doctor, studied tropical medicine in London, went to Japan on the Glenlogan as the first female doctor on a liner and died of typhus in 1915 while working as a military doctor in Serbia. She was buried at Kragujevatz, where her dedication and courage are still greatly honoured. We are grateful to Mrs Edith Ross of Tain for permission to use the original material in this presentation
Slideshow
View 32 photos