Architect Andrew Maitland (1802-94) came to Tain in 1842 to work on Balnagown Castle. He established a business which later became Andrew Maitland & Sons when his sons James and Andrew joined him. The Maitlands were responsible for many notable buildings in Tain and elsewhere in Ross-shire. They were known for their high-quality work and variety of styles. Among their buildings in Tain are the Royal Hotel (1870) and Parish Church (1891/2). Their office, built in an unusual arts and crafts style, had Tain’s first telephone, Tain 1. The business was sold off in the 1920s. 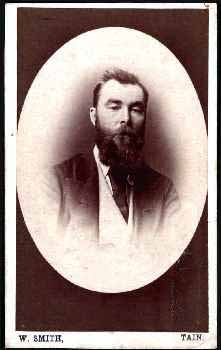 We are grateful to Mrs Edith Ross of Tain for permission to use the original material in this presentation and for her enthusiastic help. We can also recommend her home-made sponges, which we enjoyed on several occasions. 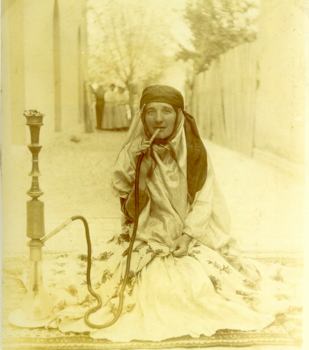 Smith was born in Hopeman, Moray in 1824. He was apprenticed at a fancy goods shop in Forres and in 1844 moved to Nairn where he went into business as a bookseller and newsagent. He moved to Tain in about 1850 and opened a newsagent’s shop at 27 High Street (now Smart’s). Business was slow as at that time newspapers were heavily taxed and expensive. Smith soon started to experiment with photography and was known for trying our “every novelty in the art”. He became one of Ross-shire’s earliest and foremost photographers and photographed the royal family on their visits to Dunrobin in 1866 and 1872.

Smith was also involved in a number of charitable enterprises, notably the Tain Ragged Sabbath School which he founded in 1858 and ran for many years. By the time of his death in 1906 he had been an elder of the Free Church for 52 years. 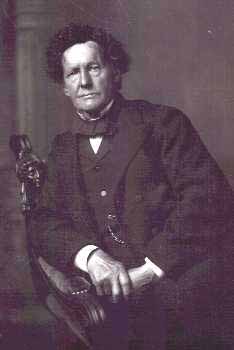