The Ness of Portnaculter (known locally simply as Meikle Ferry) is a long narrow headland jutting out north westwards into the Dornoch Firth about 2 miles west of Tain. It is formed by a ridge of gravels, probably fluvo-glacial in origin. Part of this ridge was extensively quarried to provide material for building the causeway across the large expanse of mud flats known as the Tarlogie Scalps on the southern approach to the Dornoch Bridge. Today the headland is mainly used for grazing cattle and sheep but is also a popular place for locals to drive out to, sometimes just to sit and admire the view, sometimes have a picnic, go for a stroll or walk dogs. A little sandy bay on the south side is sometimes used for bathing when there is an exceptional hot spell.

Although the point of this headland is only named Ferry Point on current maps and it is the point directly opposite to it that is shown on the maps as Meikle Ferry, it is referred to locally as Meikle Ferry and was the southern landing point for the ferry boat that plied between the two points. Not far from Ferry Point a modern house has been built on top of the site of an old ice house.

Most of the group of buildings at the point itself were part of an Air Sea Rescue base sited here during the last war. The slipway is now used for mussel fishing. 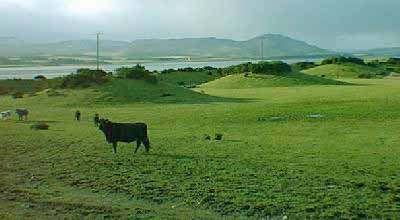 Part of the central ridge that was removed to build the causeway     Attribution: unknown 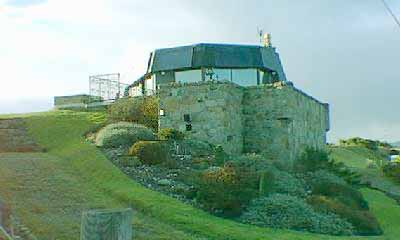 The house built on top of the former ice-house     Attribution: unknown 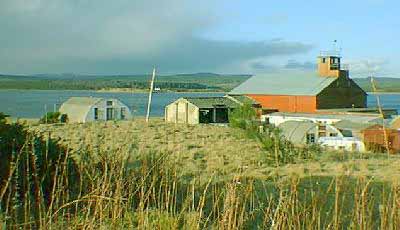 Some of the wartime buildings at Meikle Ferry     Attribution: unknown