In July 2016 a special service marked the 25th anniversary of Nigg Old Trust, a charitable trust formed to preserve the heritage of Nigg Parish Church.

The trust was formed in 1991 in the wake of a decision by the Church of Scotland that it was unsustainable to retain two places of worship in Nigg, and it was decided to cease using Nigg Old in favour of Chapelhill as the parish church.

The historic and religious importance of Nigg Old, which houses one of the area’s three Pictish cross-slabs, inspired the formation of the trust under the chairmanship of the late Douglas Budge of Easter Rarichie.

With the building in need of repair to preserve its structure, steps were taken to ensure the slab – found to be bearing the weight of the loft floor – would be safe for the time being.

The trust – which has helped oversee the raising of £300,000 for preservation projects since it was formed; £40,000 of that raised locally – is keen to see repair work carried out so the building can be opened to the public as part of the Pictish Trail. 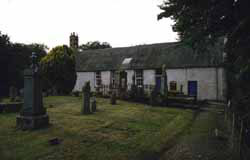 The contribution and legacy of Mr Budge, who passed away only three years after the trust was formed, was recognised at the service which saw the unveiling of a plaque by his wife Liz. The plaque reads as follows:

Nigg Old Trust was formed in 1991 under the chairmanship of Douglas Budge of Easter Rarichie to care for the church building and the Nigg Pictish Monument.

We are the heirs of ages past
Whose lot is in the present cast;
We reap what others sowed.
The way we tread must yet be worn
By generations yet unborn
To whom our lives are owed.

A HG Tristham poem, which Mr Budge chose to best reflect the trust’s work, along with the names of the founding trustees, is included in the inscription.

Mrs Budge, who succeeded her husband as chairman of the trust, retired in 2014 having given twenty years of dedicated service to Nigg Old, including the most ambitious project to redisplay the Nigg cross slab in 2013. 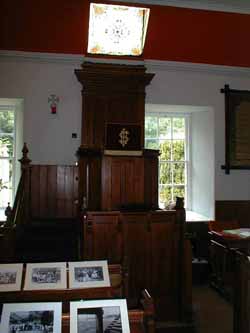 Current chairman, Alan Whiteford, said: “The work of Nigg Old Trust is ongoing and we are indebted to our group of dedicated volunteers who ensure that the building is cared for and opened for the 5000 visitors who come to the church from all over the world.

“The trust would like to thank the Rev Robert Pickles for allowing them to participate in one of his Sunday services to celebrate their 25th anniversary but also for ensuring there is again an opportunity for the Nigg community to take part in worship at Nigg Old.”

Text adapted from article by John Macleod in Ross-shire Journal of 8 July 2016.