The Zulu fishing boats were owned by men of the Easter Ross Seaboard herring fishing fleet who enlisted at the start of WW1, prior to which they had laid up their vessels at Foulis Point.

Sadly, very few of these fishermen came back and the boats were left to rot, with only the remains of three of an estimated dozen being visible at low tide.

The idea of researching the background to the boats arose following comments at an exhibition held in Evanton to commemorate WW1.  Lorraine Macdonald Griffin, an Evanton native who resides in Ipswich, designed the memorial plaque and it was built and installed by Rob Stokes, a local resident.

The plaque, situated beside the Storehouse of Foulis, was unveiled in April 2016 and is placed in an area where the wrecks may be seen at low tide.

Lord Lieutenant Mrs Janet Bowen said, “I am delighted this has been commemorated, particularly at a time when we are remembering all those who lost their lives in World War 1.” 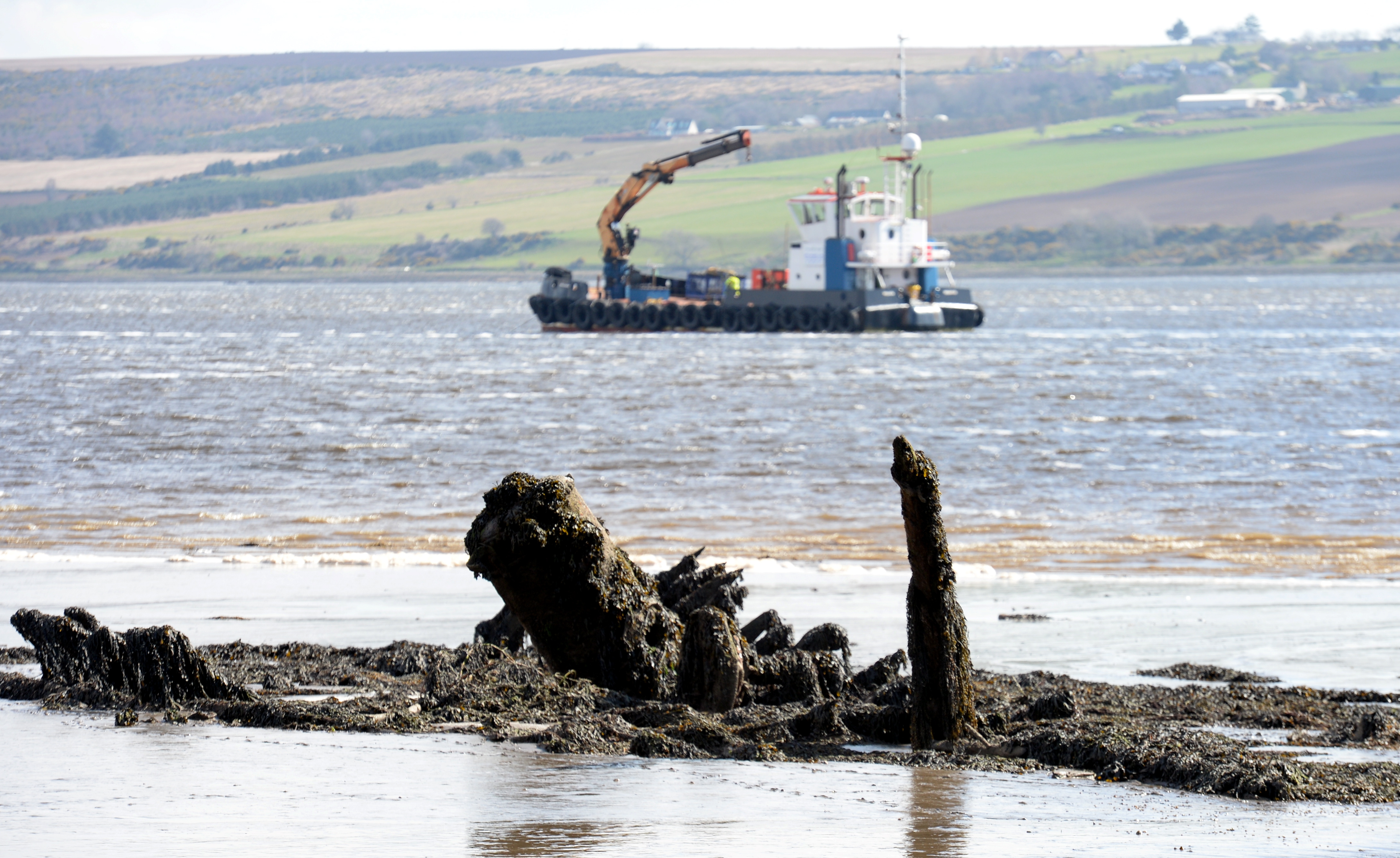 The remains of a ‘Zulu’ and, behind, a modern vessel used in connection with repairs to the adjacent Cromarty Bridge. The shape of the remains caused local children to refer to them as crocodiles!
[Photograph courtesy of The Ross-shire Journal] 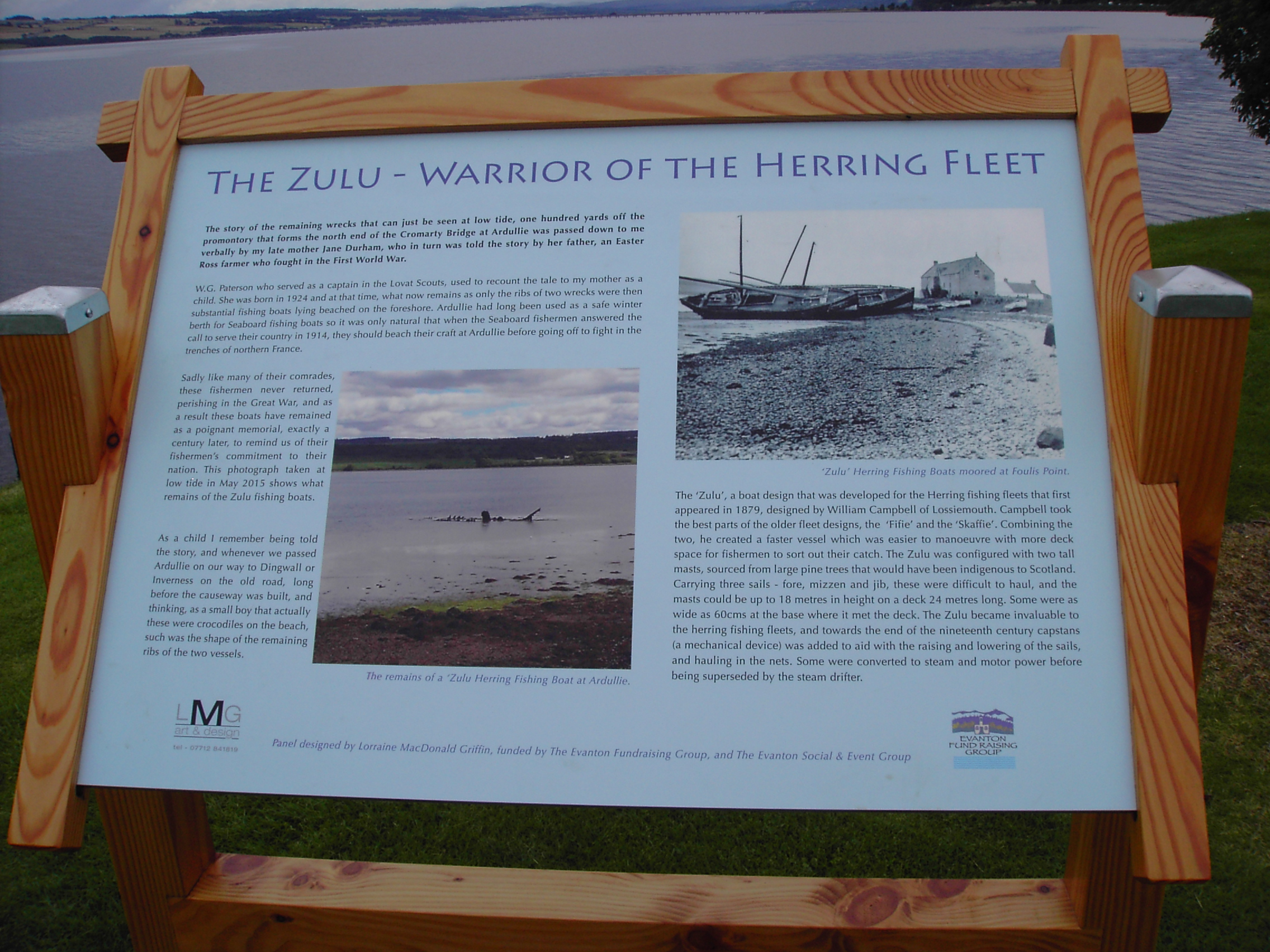 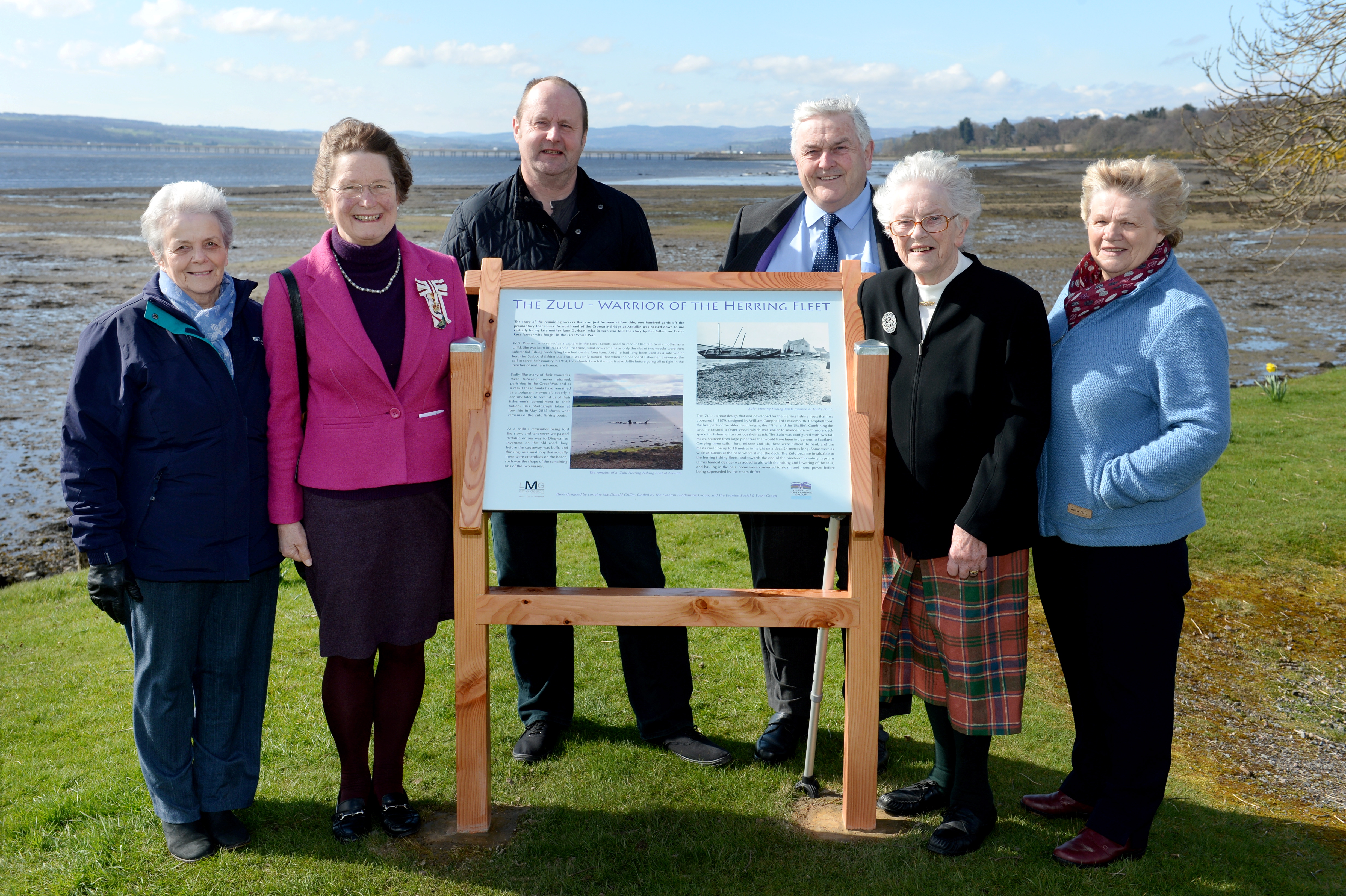