In June 2020 Ian Coulson sent RCHS this photograph of his mother, then Isabella Davidson, when she worked in a Displaced Persons’ Camp at the end of the Second World War.

Isabella came from Peterhead and could remember only that the camp was “near Inverness”. Her main memory was of the excitement of travelling on the pillion of motorcycles going about the district, delivering wages.

Years later, she recalled the stunning beauty of the landscape of the area. She was very sympathetic towards the people in the camp and she mentioned in particular Latvians and some from other Baltic states.

Alasdair Cameron, chairman of RCHS, considers that the building in question is very similar to those remaining on the former Evanton Airfield, and now utilised by Blythswood Care. It would seem appropriate that Isabella is entered into the history of the airfield. 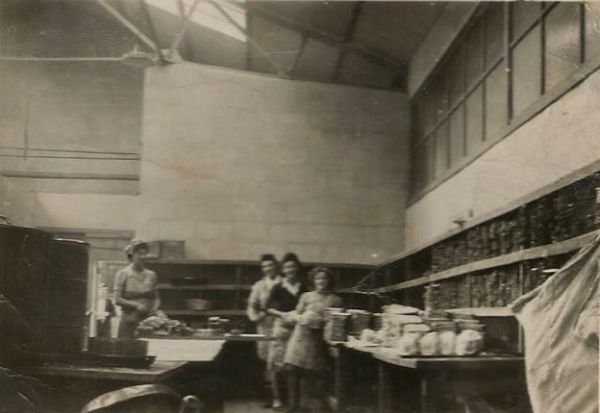